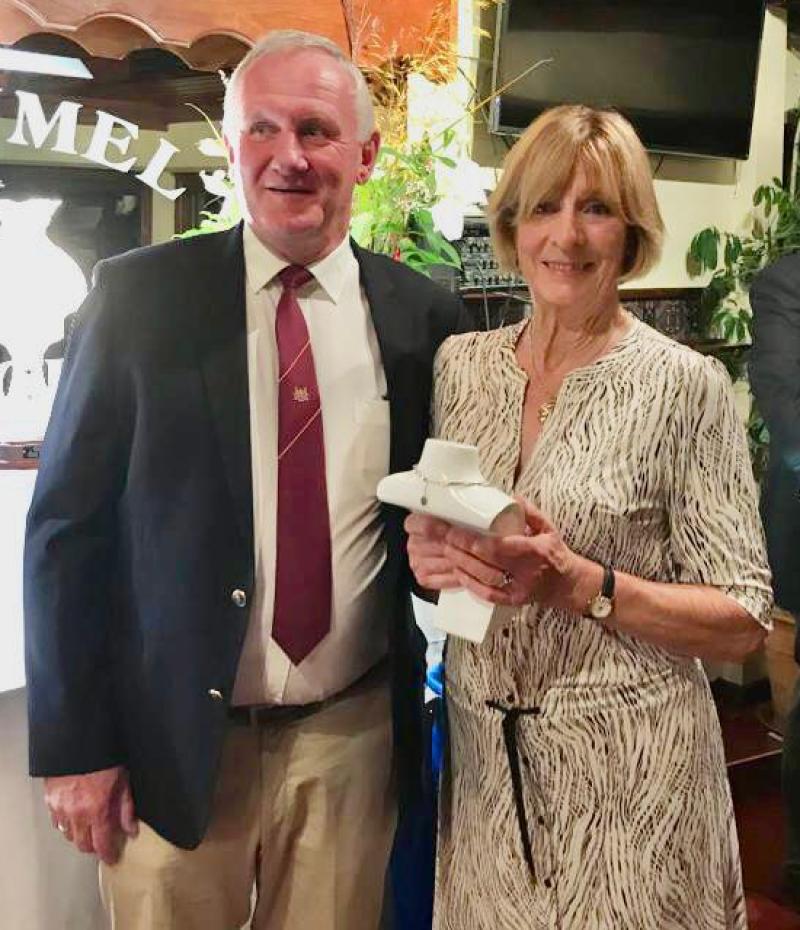 President Shay Bannon's Prize to the Ladies.
A busy golfing week culminated in the playing of the President's Prize to the Ladies on Sunday, August 28
Once again, the ladies played in good numbers to honour President Shay Bannon.
Another closely contested competition played in glorious sunshine resulted in Mary Burke leading the field with a score of 45pts from Maura Cooney with 42 pts and Liz Joy in third place with 40 pts.
Sinéad Healy won the gross prize.
Congratulations to all the prizewinners.
Prize-winners.
1st Mary Burke (23) 45 pts
2nd Maura Cooney (31) 42pts
Gross Sinéad Healy (15) 26pts
3rd Liz Joy (29) 40pts C/B.
Thanks to President Shay for his prize and best wishes to him, on his President's Day on Saturday 3rd September from Lady Captain Maura and all the ladies. 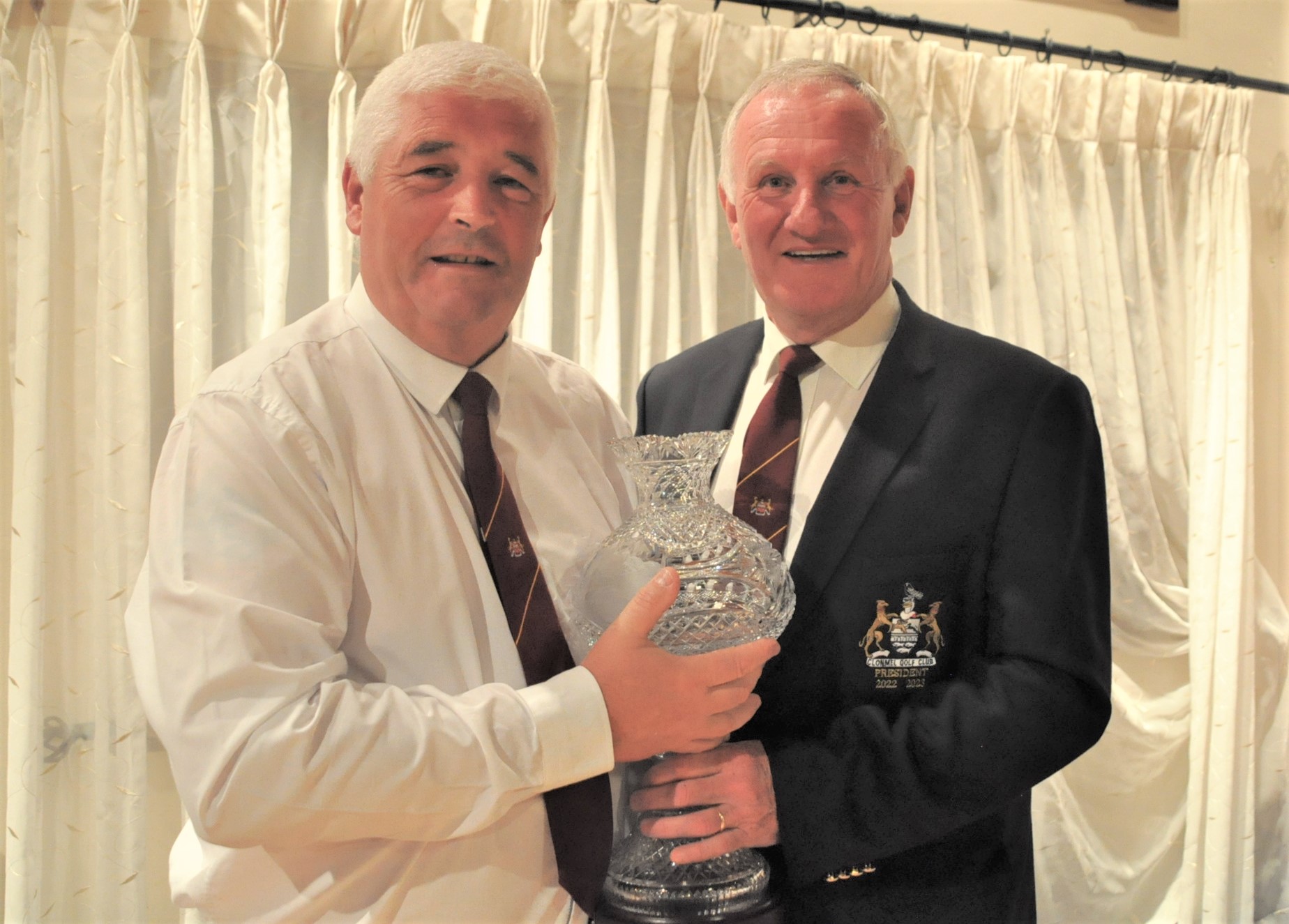 Billy Hewitt finally got his hands on the President's Prize at Clonmel Golf Club after many close calls over the years. Here he accepts his prize from current president, Shay Bannon.

Men's President’s Prize
Our third and final major of the year was played on Saturday last as Shay Bannon hosted The President’s Prize. Early morning rain cleared to a fine day and with a large entry the competition was excellent. By lunchtime a score of 42 by Eddie Hewitt led the field but later in the afternoon another Hewitt, Billy posted a card of 43 points which was good enough to win this year’s President’s Prize. This was Billy’s first time winning a President’s Prize having previously being runner up on three occasions. A win didn’t seem likely early on as a par on the first was followed by a scratch on the second after a stray approach shot went out of bounds. Billy however is not the type of player to lie down after these setbacks and he covered the next 16 holes in 2 under par.
Well done to Billy on a terrific display.
Congratulations to our President Shay Bannon on an excellent day.
Result: 1st Billy Hewitt (8) 43 points
2nd Eddie Hewitt (12) 42 points
Gross Gavin Smyth 37 points
3rd Johnny Quinn (10) 41 points (B9)
4th Tom Byrne (8) 41 points (B9)
5th Ollie Fitzpatrick (25) 41 points
Past President: Con Hogan (29) 34 points
Senior: Sean Hogan (16) 41 points