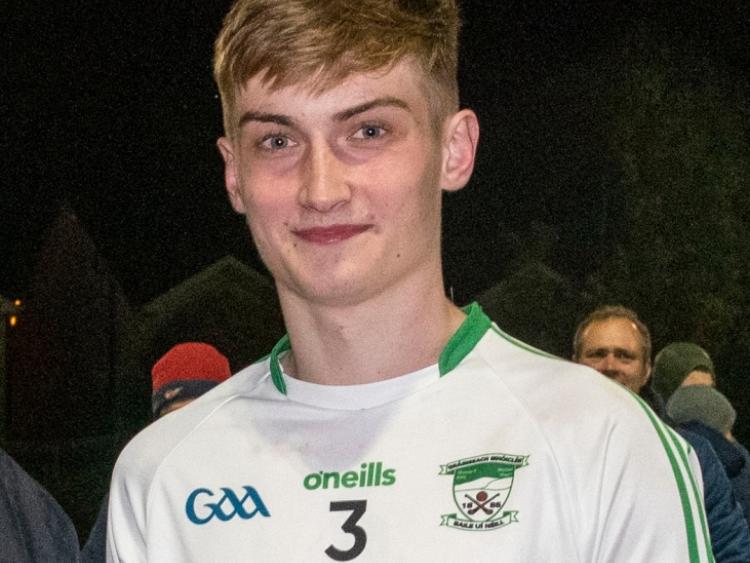 Grangemockler/Ballyneale stood up to the stern challenge posed by Thurles Sarsfields in the county U/21 football semi-final last Saturday evening to book their place in the county final with a five point victory.

Just days after getting the better of Moyle Rovers in the south final Grangemockler had to go into battle again in their quest for glory.

Sarsfields ensured Grangemockler had to fight all the way to secure their passage to the county final in an entertaining match played under the lights last Saturday evening in New Inn.

There were two major turning points in the game which decided the outcome in favour of the south side.

Sarsfields lost their influential centre back James Armstrong for the last ten minutes of the first half when they were performing well and held a one point lead.

It was a big blow to the Thurles team as Grangemockler turned that one point deficit into a one point lead before the break.

They built on that lead with a point from Ben Comerford early in the second half and Grangemockler took a huge step towards victory when they struck for a goal seven minutes into the second half.

The move was swift and direct. Their devastating counter attack strategy had paid enormous dividends against Moyle Rovers and it also put paid to the challenge of Thurles Sarsfields.

Mark O'Meara did great work in defence to set up to the attack. Grangemockler moved the ball with speed up the length of the pitch and full forward Mikey Lyons was on hand to apply the finishing touch to the net.

The loss of Armstrong for Sarsfields at such a crucial time and then the goal put Grangemockler in a very strong position as they held a five point lead with seven minutes gone in the second half. The goal doubled the scorline to give Grangemockler a 1-7 to 0-5 lead.

Thurles to their credit managed to match Grangemockler for the last twenty minutes of the game with both teams scoring four points apiece up to the final whistle but they could never make inroads into the advantage Grangemockler had gained with the breakthrough goal.

Everytime Thurles picked off a point in the last quarter Grangemockler responded with a score to cancel it out. Both sets of teams sent great ball into their full forward lines where there was an abundance of pace on show and players that were very capable of picking off excellent scores.

The outstanding Paddy Creedon, who was moved closer to goal as the second half progressed and the need for a big score for Thurles became more urgent, was denied when his shot struck the bottom of the post in injury time.At that stage there were six points between the teams and had it found its intended destination it would only have been a consolation score.

Creedon did convert a free in the last seconds of the game to leave five points between the teams as referee Michael Duffey blew the final whistle.

Thurles had shown plenty of promise early on in the game. After ten minutes they hald a four point to one lead with their four scores shared between Paddy Creedon and Eoin Purcell with Denis Hanrahan replying for Grangemockler.

Two points from Ian Brett brought Grangemockler to within a point of Thurles who then lost the influential Armstrong who dragged down Manus McFadden on his way to goal.

A Mikey Lyons free levelled matters before a Creedon f ree edged Thurles back in front before Grangemockler replied with scores from Ben Comerford and Mikey Lyons to give them the lead going in at the break.

With just a point between the teams and Sarsfields now back to full strength for the second half Thurles would have given themselves every chance but Grangemockler stepped up a gear and increased that lead from one point out to five within seven minutes of the restart.

That powerful start to the second half was crucial for Grangemockler and they managed to control the game from there on in to win the right to take on Arravale Rovers in the county final.