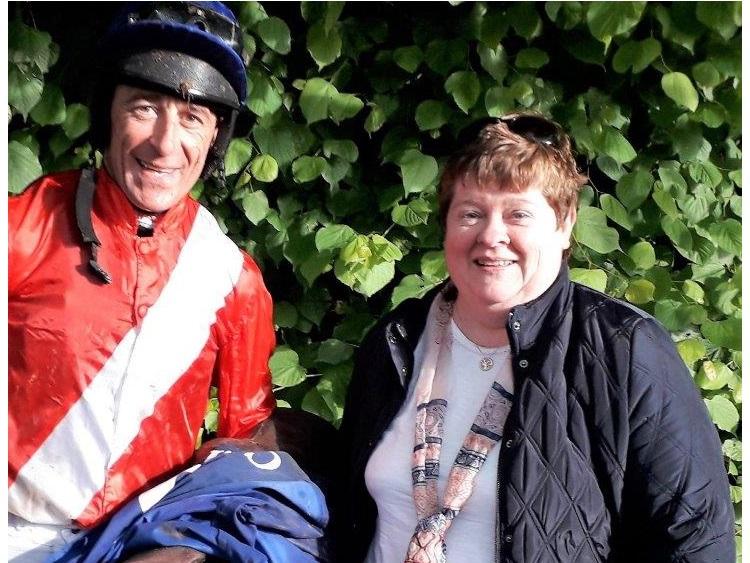 There was widespread shock in County Tipperary and indeed throughout the country as the news of the sudden passing of Joan Hogan, Busherstown, Moneygall emerged last Thursday. It was hard to comprehend that our wonderful and highly efficient County Secretary and above all our dear friend was no longer with us.
Joan Greene & Seamus Hogan both from Moneygall met though a love of set dancing 33 years ago at the age of 19. This love grew deeper as time went by, they married 4 years later and were blessed with two beautiful daughters Claire and Carole.
Joan also had a great love of sport in general and she often got up at early hours to view whatever sport happened to be on. Joan first became involved in community games in her own area of St Flannan’s approximately 20 years ago. She first arrived at county level as a delegate from St Flannan’s. She was later elected as assistant county secretary and progressed to County Secretary where she did a phenomenal amount of work. In addition to general secretarial duties ie approving areas, taking entries, completing and forwarding programmes for events dates for diary and results to area secretaries, she also took care of medals, badges, track suits, singlets, catering, booking of venues, accommodation and solved all problems in a courteous and friendly manner. Joan was always at the end of the phone to help in every possible way. Her sense of humour endeared her to many people which resulted in lasting friendships.
Joan acted as County Manager at numerous national finals in Mosney, Athlone and U.L.
She was delegate to the Munster Council. She attended several national AGM’s all over the country and was preparing to travel to Sligo as one of the Tipperary delegates to the 2020 national AGM when God called her home. We have many treasured memories of enjoying several of these functions with her.
The family worked as a team. Seamus has also been involved for 20 years at area, county and Munster level. Seamus is a former county chairman. He is the current Tipperary delegate to the National Executive Advisory Committee. He is team games director for North Tipperary and is of great assistance at the majority of events within the county. Both Joan and Seamus have won National Awards for their valuable contribution as volunteers.
Their children were involved from an early age. Claire took part in javelin, cross country relay and projects winning gold medals at county level and representing Tipperary at national community games finals.
Carole also won county medals in projects, cross country relay and was part of a track relay at national community games finals. Claire and Carole both acted as youth officials at national finals in Athlone and University of Limerick. Carole won a Munster youth award (the Michael O’Brien Cup). Both girls are former county youth officers and won National Youth Awards for their exceptional work. Claire currently assists in a managerial position at county and national finals when available.
Team Hogan made a tremendous contribution to community games. Joan lived a happy and full life, pouring so much energy and time into Community games but obviously deriving great satisfaction from it. Having Seamus so involved doubtless enhanced it for both of them.
The high esteem in which the family are held was shown by the huge number of people that travelled from all over the country - Kerry to Donegal, Galway to Dublin to say their final farewell. Joan was laid to rest in Dunkerrin following mass in Moneygall on Monday. An exceptional lady with a heart of gold, an amazing mind and a true friend.
We offer our deepest sympathy to Seamus, Claire, Carole their partners Adam and Mikey and extended family. Sincere sympathy also to her sister Margaret O’Brien and her family. We thank the Hogan family for the wonderful hospitality offered to everybody who attended over the 5 day period. May the God of love & mercy care for dear Joan who is gone. May he comfort and console those who are left to carry on.
Joan’s months mind mass will take place in Moneygall Church on Sunday, April 5 at 11am.
RIP Joan.
Rest in peace dear Joan you will never be forgotten.