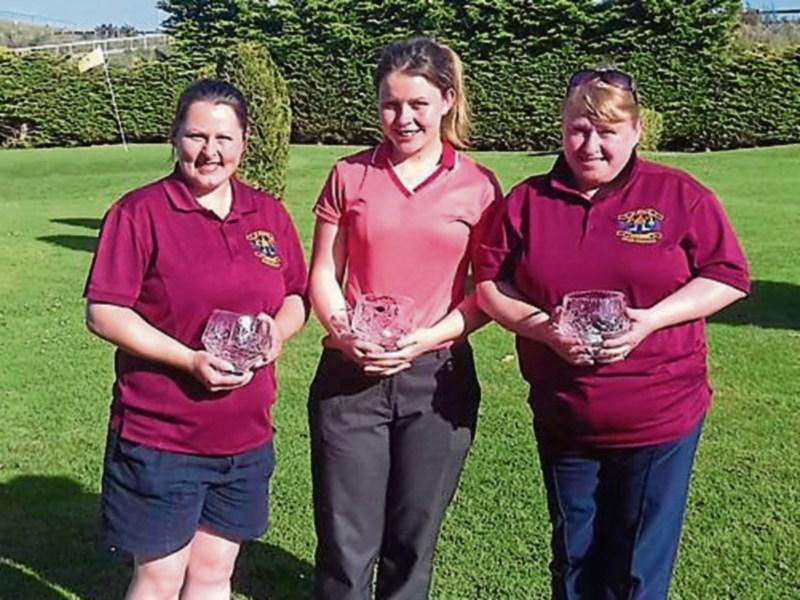 Last weekend saw the Munster Strokeplay Championships take place at the ESB club in Cork City. Played in warm sunshine the Juniors were first off where Elaine Quinn led by two shots after the 1st 18 holes from Riverdale's Margaret Forde. However the Nenagh woman had an excellent level par 2nd round to take the title from Quinn by two shots. The Intermediate grade proved to be the most dramatic as 36 holes failed to separate our own Frances Ryan and Hillview's Pauline Lucey. A nine-hole play-off was called and they were still level with one to go. Unfortunately  a closing bogey cost Frances dearly as Pauline parred out to claim the crown.

Martha O'Brien was our sole representative in the senior grade and found herself 4 behind at halfway. She couldn't quite catch Cork Lady Eleanor Walsh however and eventually had to settle for second to collect Lakeside's third silver of the day. Well done on your medal haul Ladies and also to all the other Lakeside members who competed. The Grey’s Matchplay continues with the Finals down for this Friday night. Anthony Maher claimed the Eamonn Butler sponsored Limekiln with the ageless Grandad claiming second place.

Remember all juveniles that our free coaching camp continues every night in June from 6.30pm - 8pm. There have been great crowds out so we urge all kids between 8 & 16 to come along and try it out. Don't worry if you have no clubs or haven't played before - we'll sort you out.