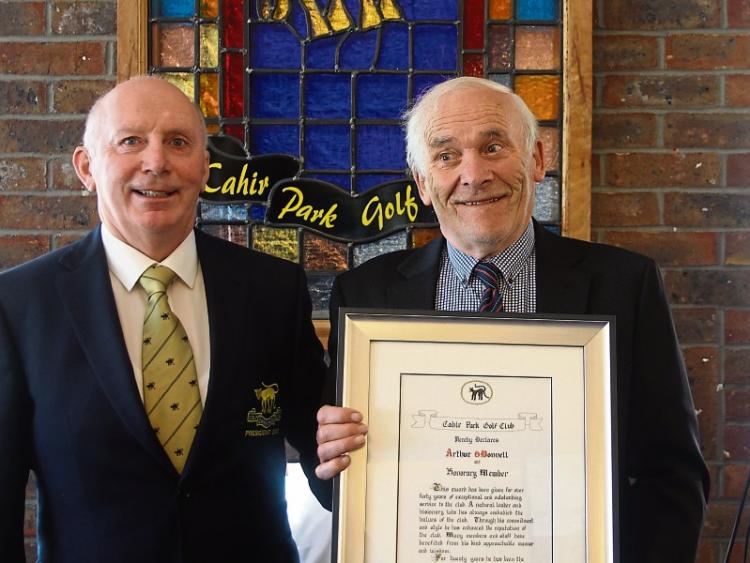 Congratulations to Cahir Park Golf Club member who has been added to the list of Honorary Members of the Club. Arthur is pictured receiving his scroll from President, Jim Cantwell

Arthur O’Donnell was made an Honorary member of the golf club in recognition of his dedication to the club for the last 47 years.

The day started with a Champagne breakfast in the clubhouse attended by most of the current Seanoiri and many passed members, The President Jim Cantwell, the Lady Captain Marie Devitt, Captain Paul Eivers and all the Management Committee.  Steven Costello opened the proceedings by welcoming Albert’s wife, Mary, his daughter Alma and his grandson.  Nobody was in any doubt that this was a well-deserved award.

President Jim outlined the nomination process.  He told us he met with nothing but positivity. A scroll was unveiled and presented to Arthur. This scroll was hand painted by PJ Cullinane (himself a Seanoiri) and was a work of art. Captain Paul Eivers said his memory of Arthur went back to when he was a Junior in the Club.  He said Arthur was always helpful and friendly and he was delighted that he was made an Honorary member in 2019.