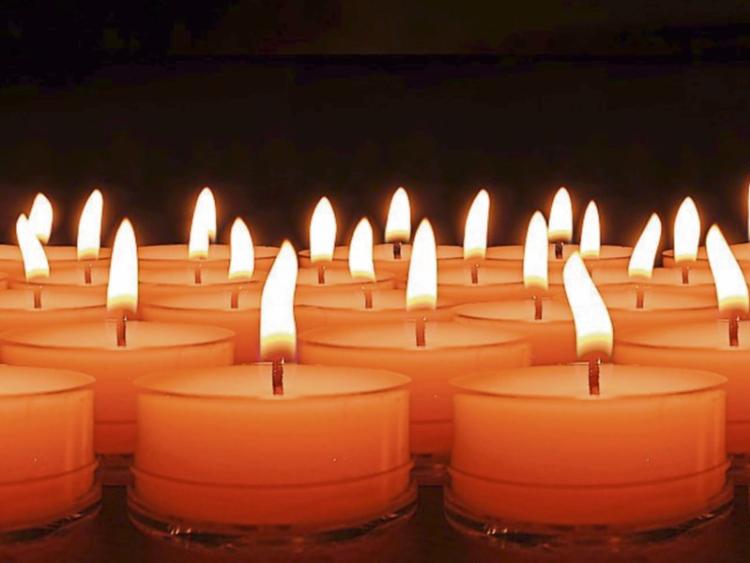 The death has occurred of Joan Butler, Nenagh and formerly of Knockbrack, Norwood, peacefully, surrounded by her loving family, in the wonderful care of the staff of Milford Care Centre, predeceased by her parents, Timothy and Maureen Butler, her sister and brother-in-law Mary and Flan Lowry and by her partner and best friend Brendan (Bud) Hickey. Sadly missed by her sister and brothers Kathleen, Michael and William, nieces and nephews Laura, Clodagh, Leona, Adrian, Enda, Dearbhla, Colin, Ciarán and Ciara, grand niece and grandnephews Caoimhe, Riain, Kelvin, Culann, Odhran and Donagh, sister-in-law Margaret, brother-in-law Denis, relatives, neighbours and friends. Reposing on Wednesday evening at Ryan's Funeral Home, Nenagh from 5.30pm until 7.30pm. Funeral arriving on Thursday to St. Joseph's Church, Grenanstown for Funeral Mass at 11 o'c followed by burial in adjoining cemetery. Family flowers only, donations, if desired, to Milford Care Centre.