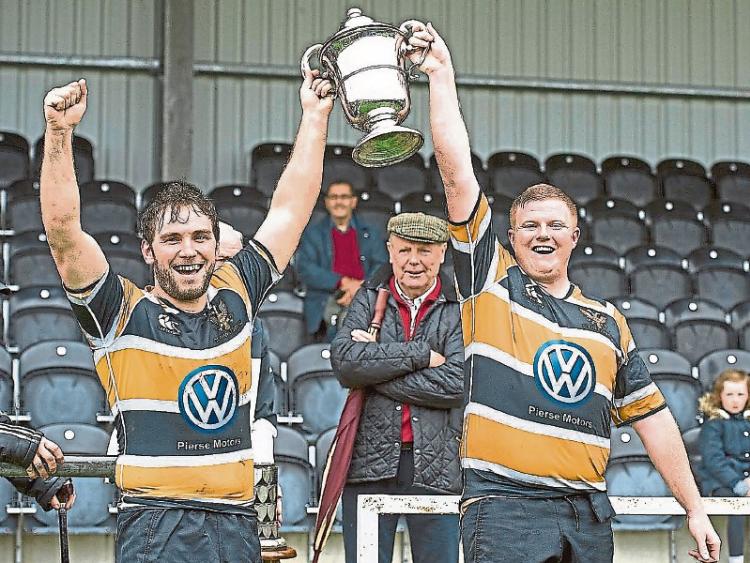 The home side started well and were deep in opposition territory for the first five minutes but a wayward pass was intercepted by St. Mary’s out half who ran from his own 22 to score under the posts to give the visitors an early 7-0 lead. From the restart Clanwilliam again pressed deep in opposition territory and after 15 minutes Gavin Downey crashed over for a try near the posts which was converted by Brian Kissane to level the scores.

On 20 minutes Kissane added a penalty to leave the home side 10-7 ahead and on 25 minutes David McCormack crossed  in the right corner for a try which was unconverted to extend the lead to 15-7. St.Mary’s added a penalty shortly before the interval to leave the half time score 15-10 in favour of Clanwilliam.

On the resumption Clanwilliam again pinned the visitors in their own half but could not break down the stubborn resistance of the Limerick side until Darragh Bourke finally scored a try on 65 minutes which he also converted to bring the score to 22-10 in favour of the home side.

With three minutes remaining after excellent work from both backs and forwards Michael Sharp crossed for a bonus point try wide out on the right hand side which was unconverted to leave the final score 27 -10.

This was an important victory for Clanwilliam who are in 9th place in the table with three rounds of the league remaining. There were many excellent performances, particularly from the Downey brothers, Ben and Gavin, with Adam Glasheen and John Richardson to the fore in a dominant forward performance.