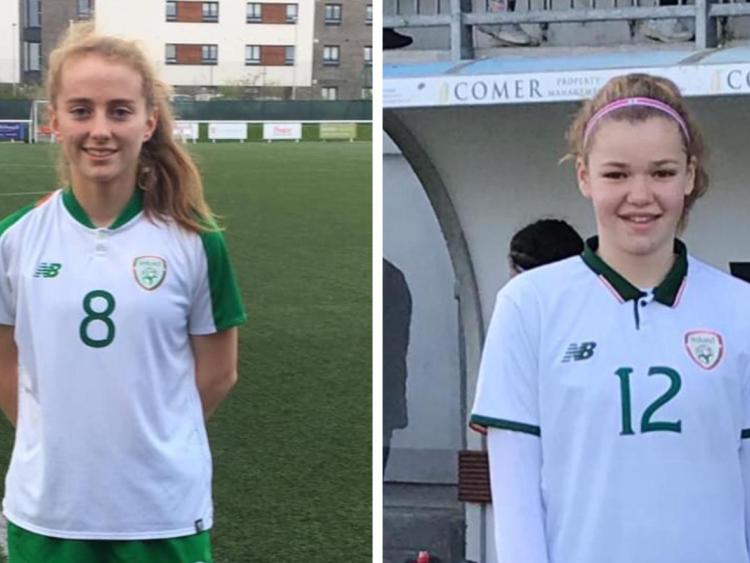 Pres Thurles soccer sisters Aoibheann Clancy and Grace Flanagan have been busy this week with both girls starring for their school's U17 team's victory over SMI Newcastlewest in the U17 Munster semi-final and subsequently linking up with the national team.

Aoibheann is spending her midterm break in camp with the Irish U17 team as they prepare for the upcoming elite phase of the European championships and Grace Flanagan has just been named in the Irish U15 squad for upcoming games with Northern Ireland and England.

This will be Grace's first international cap.

The girls coach in Pres Thurles Barry Ryan is beaming with pride to see the girls progress to the international scene.

“For us in Pres to have two current international players is a real source of pride. We have such a great tradition of sport and success in this school and Grace and Aoibheann are two brilliant role models for all of our girls,” said said.

“Whilst both are hugely talented players, more importantly they are two fantastic young people, humble, hard working and fully committed to the group as opposed to any individual gain. It is fantastic for Grace starting off her international career to have Aoibheann to guide her and advise her along the journey and help her merge her sporting success with academic success, ” he added.