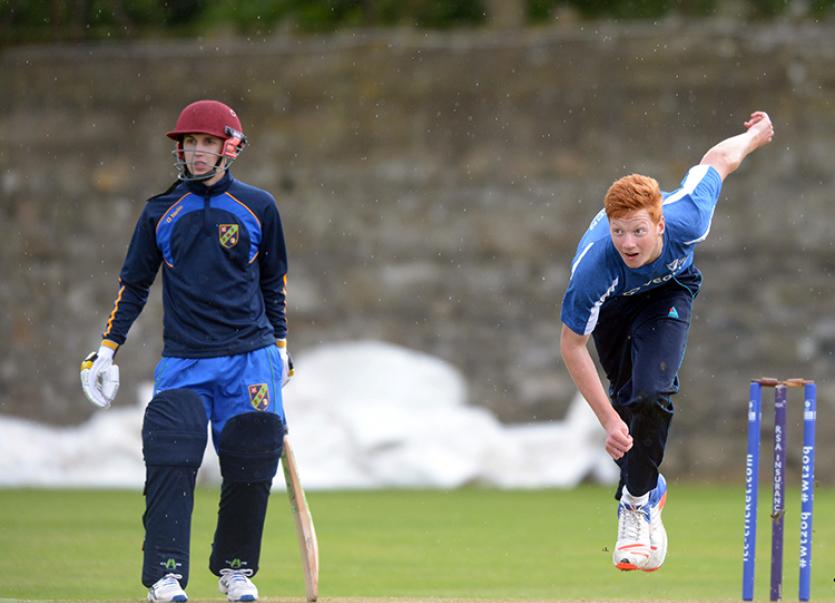 The 2016 cricket season has been a memorable one for 16-year-old Aaron Cawley from the Horse and Jockey.

Aaron, a fifth year student at Coláiste Mhuire Co-Ed in Thurles, made his debut in the Leinster Division 2 League with his club Cork County in which his brother Seán also featured. Aaron’s ascent to the top of youth cricket in Ireland has been consistent and the result of great discipline, training and no small amount of ability; testament to the excellent support structure around him, provided especially by his parents Pat and Michelle, his family and all the coaches and clubs with which Aaron has been associated.

In 2015 Aaron played his cricket with Pembroke CC, Dublin and he was on the team which captured the All-Ireland title in September. Prior to this success Aaron featured on the Ireland under-15 team which won the European Championships in August.

Aaron’s great run of form continued into 2016 where he excelled with his bowling for Cork County. His haul of 26 wickets saw him finish fourth on the table with an economy of just 3.90 contributing to Cork County finishing top of the table awarding them automatic promotion to Division 1 for the 2017 season.
His consistent bowling performances did not go unnoticed to the national selectors and Aaron got his call up to the Ireland under-17 squad and a place in the team for the tour of Scotland and England in August. Ireland beat Scotland 2-1 to win the Celtic Cup. In England, the Irish boys played a very strong Worcestershire development side and they returned home victorious, winning the series 3-2.

Back home there was no shortage of matches in Munster. Cork County, in securing a win away to Galway, saw the Leesiders finish top of the Premier Division. Aaron also played in three games against a touring side from Lords, MCC, at the Mardyke. He also played for the Munster XI in their T20 matches.
Aaron played a key part in the defeat of the Northern Knights development XI in August which the southern men won by 105 runs. Munster won the earlier match by seven wickets.

In representing Leinster in the under-17 inter-provincial series in July Aaron was only Munster player ever to do so.

Aaron’s focus for 2017 is on the World Cup Qualifiers in August. Should Ireland qualify, he has his eye on a place on the team for the under-19 World Cup in February 2018 which is schedules to be held in New Zealand. But, as ever, with this talented Coláiste Mhuire pupil there is not much time for rest.
Recently Aaron received news that he has been called up by the national selectors to both the under-17 and under-19 international panels. Aaron is the only player from the Munster Cricket Union on the under-19 panel.
He joins up with other up-and-coming players such as Josh Little who recently made his international debut at senior level for Ireland. Training starts in November, so there are busy times are ahead for him, but the very talented Aaron wouldn’t have it any other way!