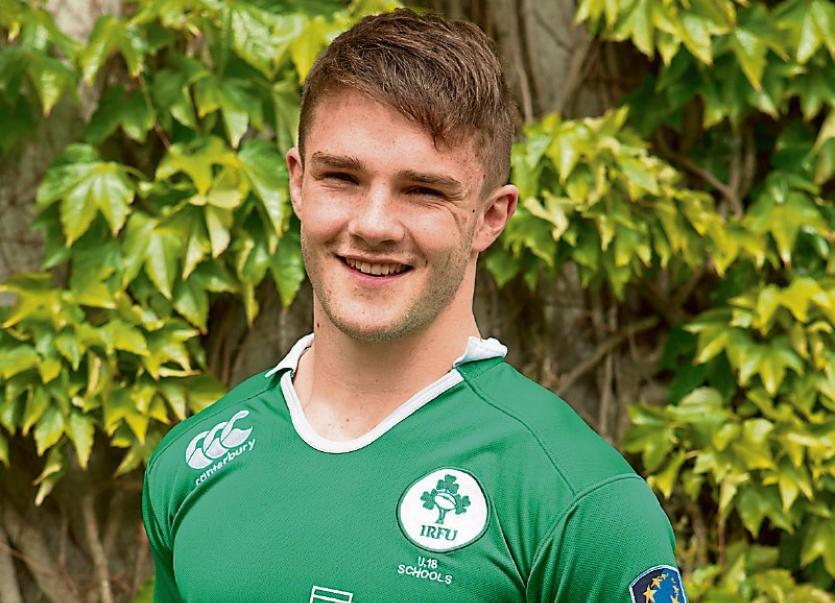 Clonmel's Bill Johnston starts at outhalf for Ireland against Wales.

Clonmel's Bill Johnston retains his place on the Irish u-20 rugby team to play Wales this week.

Johnston was part of the Rockwell College side that claimed the Munster Schools Senior Cup.

Having previously represented Munster U18 Schools, the Clonmel native also captained Ireland U18 Schools during the Rugby Europe U18 Championship in France.

Joining the Munster sub-academy ranks at the beginning of season 2015/16, the young fly half won inclusion - alongside his older brother and academy player David - in the Munster senior squad for all three pre-season encounters, starting the final game against London Irish.

The following month the Garryowen man played his part in Munster U20s' Interprovincial success and was added to the full academy programme in November.

After recovering from a shoulder injury sustained in action for Ireland U20s against a Munster Development XV, Johnston won inclusion for Ireland at the 2016 World Rugby U20 Championship in Manchester.

The playmaker started the opening two games, including the first ever win over New Zealand by an Ireland men's side.  Unfortunately that same win saw Johnston sustain another shoulder injury.

Ireland U-20s have won all three of their 6 Nations fixtures to date against Scotland, Italy and France.