Faith no more: Tipperary stroll to an 18-point quarter-final win over Offaly 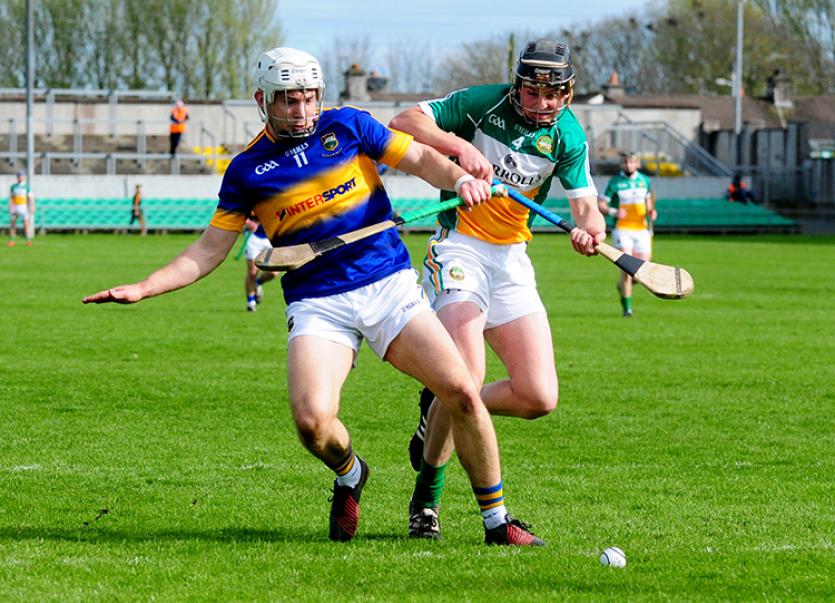 Niall O'Meara was the star for Tipperary at Tullamore. Photo: Eamonn McGee

Tipperary strolled to an eighteen-point Allianz National Hurling League quarter-final win over Offaly at O’Connor Park, Tullamore on Sunday afternoon. Following a disappointing play a theatre critic once memorably complained that it had not been a good night for the English language. And, similarly, this lop-sided last eight league clash was not good for hurling - Tipperary and Offaly met with all the force of two pillows colliding and the result was never, ever in doubt.

Offaly tried to frustrate the All-Ireland champions with the employment of the sweeper system, but the Faithful did not appear to know how to play the system effectively. The Offaly players appeared keen to do well, but seemed to have a vague idea of how to go about it. Indeed, going by this performance Offaly hurling is in a sorry state.

Just consider the figures: Tipperary, despite playing into the wind, led 1-14 to 0-7 at the break and although Michael Ryan’s men were not playing particularly well they still enjoyed a 4-27 to 1-11 advantage by the 67th minute (twenty-five points clear). Indeed, Tipperary will not be pleased to have conceded three reasonably sloppy goals.

Still though Tipperary were genuine in their efforts and, significantly, won the turnover-in-the tackle stat 35-25 despite enjoying the vast majority of the possession. Niall O’Meara was Tipperary’s stand-out performer in front of an 8,032-strong crowd in Tullamore. The defence, led by James Barry at three, looked assured for the most part while Steven O’Brien, once introduced as a second half substitute, made a telling impact. And, crowd favourite Cathal Barrett made his seasonal debut bringing the number of players used by Michael Ryan in this league campaign to an impressive thirty-three.

The structure of the Offaly side and the fact that Tipperary found themselves playing into a reasonably stiff breeze made life a little complicated for Michael Ryan’s men during the opening eleven minutes. Offaly operated from the off with a three-man midfield which soon morphed into an out-and-out sweeper and Kevin Ryan’s Faithful side managed to break even with the All-Ireland champions early on. Indeed, the sides were tied (0-4 apiece) by the 11th minute. Michael Breen, Séamus Callanan (free) and Niall O’Meara (two) helped themselves to early Tipp scores while Paddy Murphy, Shane Dooley (frees) and Aidan Treacy hit back for the home side.

Offaly, however, did not look all that familiar the defensive structure adopted, the Tipp half-back line, especially Ronan Maher, were enjoying far too much time on the ball and the Premier County soon punished this misdemeanour when firing 1-5 without reply.

A brace from Dan McCormack set Tipp on their way. Noel McGrath and two Séamus Callanan frees helped to open a significant gap between the sides while Callanan struck for the opening goal of the game in the 18th minute - Niall O’Meara was playing superbly at centre-forward and set up Callanan for a right-handed finish. By the 19th minute Tipperary led 1-9 to 0-4.

Shane Dooley (free) and Cillian Kiely responded for a struggling home side, but Séamus Callanan cancelled out those token efforts with two converted frees before James Barry picked out Niall O’Meara with a sensational delivery in the 28th minute and the Kilruane MacDonagh’s man helped Tipperary toward a 1-12 to 0-6 advantage.

Paddy Murphy concluded the first half scoring from an Offaly point of view while Michael Breen and Noel McGrath closed out the half for Tipperary.

Tipperary led 1-14 to 0-7 at the break and, interestingly, led the turnover-in-the-tackle battle 18-10 at the break having trailed that particular statistical category 4-6 after eleven minutes - the second quarter marked a big improvement in application which yielded a significant dividend.

John O’Dwyer and Shane Dooley (free) traded scores during the opening two minutes of the second half before Tipperary cleared their throat and hit 1-9 in succession to streak nineteen points clear (2-24 to 1-8) by the 55th minute.

Interval substitute Steven O’Brien made a telling impact during this dominant period. Indeed, the Ballina man launched the onslaught when creating the room for Niall O’Meara to strike in the 39th minute. Seconds later O’Brien grabbed an Offaly puck-out inside his own ‘65, strode forward and landed a mighty shot off his right. Next up it was the turn of Pádraic Maher to assist Niall O’Meara with his fifth point of the afternoon.

Dan McCormack and Séamus Callanan notched further points before Tipperary created a goal-scoring opportunity of note in the 44th minute - Séamus Kennedy picked out Séamus Callanan with a raking delivery and the Drom & Inch man found the support run of Steven O’Brien. But the half-forward’s shot was brilliantly saved by ‘keeper James Dempsey.

A Séamus Callanan free preceded another goal-scoring opportunity for the Tipp men in the 47th minute - this time Michael Breen played Callanan through on goal, but Dempsey saved once more at the expense of a ’65 which the Drom & Inch star drilled over before adding another converted free to his personal tally.

The roof caved in from an Offaly point of view in the 52nd minute when John O’Dwyer picked out Paul Flynn, a promising Kiladangan left-hander, and the second half substitute delivered from close range. Séamus Callanan added another point from play and Tipperary led 2-24 to 0-8.

Tipperary shipped the first of three reasonably sloppy goals in the 55th minute to Oisín Kelly before Shane Dooley added a converted free (2-24 to 1-9).

In response the lively Steven O’Brien created a shooting opportunity for Paul Flynn and then, with ten minutes to play, O’Brien kicked a goal with Séamus Callanan providing the assist (3-25 to 1-9) - Steven O’Brien made an impressive burst from half-forward in order to support Callanan on this occasion.

Shane Dooley (free) hit back for Offaly before Tipperary notched the All-Ireland champions’ fourth goal in the 62nd minute - Cathal Barrett picked out Niall O’Meara who moved the ball on smartly to Steven O’Brien. The Ballina man carved the opposition defence open before finding Séamus Callanan who delivered a left-handed finish.

Thanks to points from Dan McCormack and Michael Breen Tipperary led by twenty-five points (4-27 to 1-11) in the 67th minute. Offaly, however, closed out the contest well when out-scoring the visitors by 2-2 to a single point. The Faithful goals materialised in the 67th and 71st minutes and came courtesy of Shane Dooley. The Tullamore man added two points from play before a Stephen Cahill effort brought this disappointing contest to an inevitable conclusion.