Tipperary out of Munster minor football championship with Clare defeat 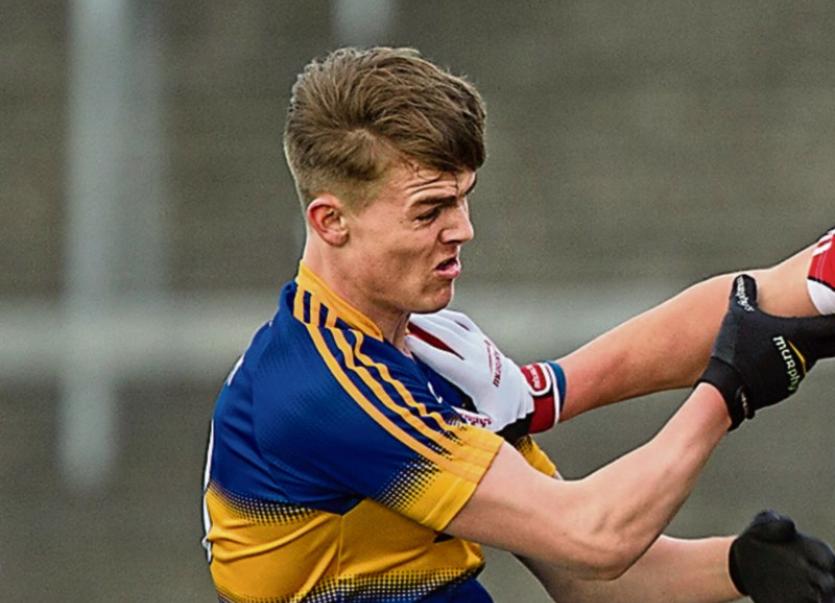 Tipperary made a disappointing exit from the Munster minor football championship when losing by five points to Clare in Ennis tonight, 0-10 to 0-5.

Scoring only three points from play over the hour reflected the difficulites that Tipperary experienced upfront in this play-off.

But in truth Tipp were beaten all over the field, particularly in midfield where Clare were dominant.

In a free-ridden game, the Premier boys conceded twenty two frees and if Clare had been more economical upfront, the margin could  have been greater.

Playing with the breeze, the home side started strongly and raced into a 0-3 to no score lead as Tipp struggled to settle.

With the wind advantage, a good start to the second half might have seen Tipperary get back into contention but instead it was Clare that extended the lead to four points with the first score of the half.

Points from Adam McGrath and Conal Kennedy again brought  the margin down to just two at 0-6 to 0-4 but Tipperary were unable to kick on.

When Clare scored, Rian Quigley from a free brought the margin back to two again but the Banner boys finished strong with three unanswered points.

A heavy first round defeat to Cork forced Tipp into this play-off but they couldn't avail of the second chance and a semi-final against Limerick. Clare now move on to meet their neighbours as Tipp lick their wounds after a poor defeat.