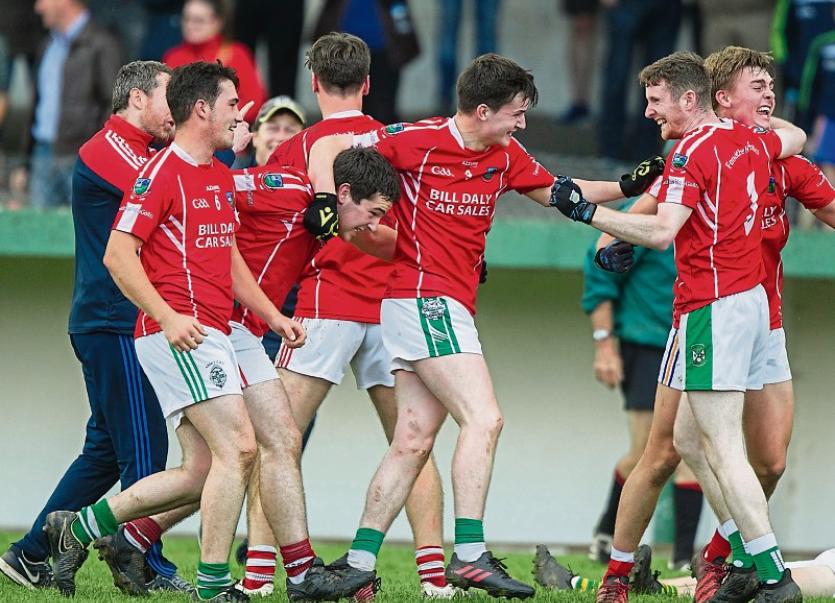 Galtee-Golden will hope to be celebrating again on Sunday.

The West Tipperary Minor A and B Football Finals go ahead in Dundrum this Sunday, May 14th.

That's followed by the 71st Tipperary Print & Design West Minor A Football Final with a 3pm throw in. Defending champions Galtee/Golden go head to head with Arravale Rovers in a repeat of last year’s decider.

Both sides go into the 'B' final unbeaten having topped their respective groups (winning both) and going on to win their semi-finals.

Both sides have yet to concede a goal in this year’s championship. While Eire Og have raised green flags in each of their three games, Cappawhite’s six goals came in their opening two games and they failed to find the net in their semi-final against Aherlow Gaels.

Cappawhite Gaels (Cappawhite & Solohead) will be looking for a first title together and will be playing in just their second final having been beaten by Cashel King Cormacs in last year’s final.

Solohead won their sole title in the grade in 1996 –their only final appearance - and ten years previous were also successful in the grade when joined with Eire Og Annacarty Donohill.

Eire Og Annacarty Donohill will be playing in their third final and a first since 2006 when they were defeated by neighbours Knockavilla Donaskeigh Kickhams. Their only sole title in the grade came in 1998 against Clonoulty/Rossmore but were also successful in 1986 when joined by Solohead.

Two years ago at U16A, the combination of Galtee/Golden had four points to spare over Arravale Rovers when the sides met in the West Final, 1-8 to 0-7.

Like the B Final,  both sides go into the final unbeaten. When the sides met in the group phase of the competition a few weeks ago in Bansha they could not be separated drawing 2-9 to 1-12.

Arravale Rovers will be playing in their 41st final and looking for title number twenty six having last won the competition in 2013. Arravale Rovers have been involved in the last four finals losing to Galtee Rovers (2014) and Galtee/Golden (2016) and in 2015 they were joined with Eire Og Annacarty Donohill but were unsuccessful against Galtee/Golden.

Galtee/Golden will be looking to become just the third team to complete a three in a row of West Minor A Football titles.