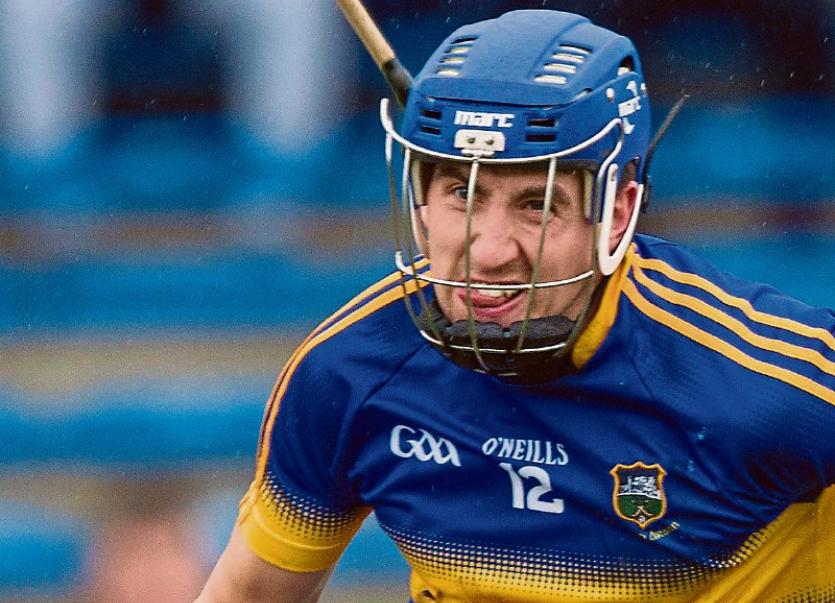 There's mixed news on the injury front for Tipperary's hurlers ahead of the Munster Senior Championship quarter final against Cork at Semple Stadium on Sunday week, May 21st.

Seamus Callanan is expected to recover from the broken thumb he suffered in the National League semi-final win over Wexford almost a month ago, but Patrick 'Bonner' Maher picked up an injury while lining out for his club at the weekend, one that could rule him out of the clash against The Rebels.

Maher pulled up with a hamstring injury early in the second half of Lorrha-Dorrha’s North divisional championship defeat by Templederry Kenyons at MacDonagh Park, Nenagh on Sunday.

All-Star Maher had scored Lorrha’s goal at the end of the first half but was subsequently injured while contesting a challenge, and was immediately substituted.

He has only recently rejoined the Tipp panel following a six months stint with the Defence Forces as part of the UN peacekeeping mission in the Golan Heights in the Middle East.

The Lorrha player made his first appearance for his county since last year's All-Ireland Final win over Kilkenny as a substitute eleven minutes into the second half of the heavy National League Final defeat by Galway almost three weeks ago.

Tipp corner back Donagh Maher has also been troubled by a hamstring injury, which he picked up in training during the concluding stages of the league.

He didn't appear for Burgess in their North championship victory over Portroe in Nenagh at the weekend and won't be in contention for a starting place against Cork.

Kilruane's Niall O'Meara has also been sidelined by a back strain.

However there's a more positive report concerning Seamus Callanan, according to his manager Michael Ryan.

"His injury is three weeks old. It should be a long, long way towards healing", Ryan stated in Killarney on Monday night at the launch of the Munster championships.

"So we're very hopeful and we expect to see Seamie back on the pitch this week. We need that to happen".

Reagrding 'Bonner' Maher, he stated "he did go off with a hamstring strain. The extent of that is not known right now. He was being seen today by our physio but it does take 24 to 48 hours to assess properly".

Meanwhile, Tipp have yet to decide whether to launch a further appeal against Jason Forde's controversial one-match ban following his altercation with Davy Fitzgerald during the league semi-final against Wexford.

The sentence has already been halved on appeal to the Central Hearings Committee.

"We've made no call on that yet", says Michael Ryan. I was at the appeal. The process worked. And we've got to trust the process.

That process was made in good faith and we've got to trust that we will get the right outcome.

I thought it was a thing of nothing on the day. Nobody was more surprised than I that he was cited in the first place.

But there's a live process. For me to comment doesn't serve anybody".