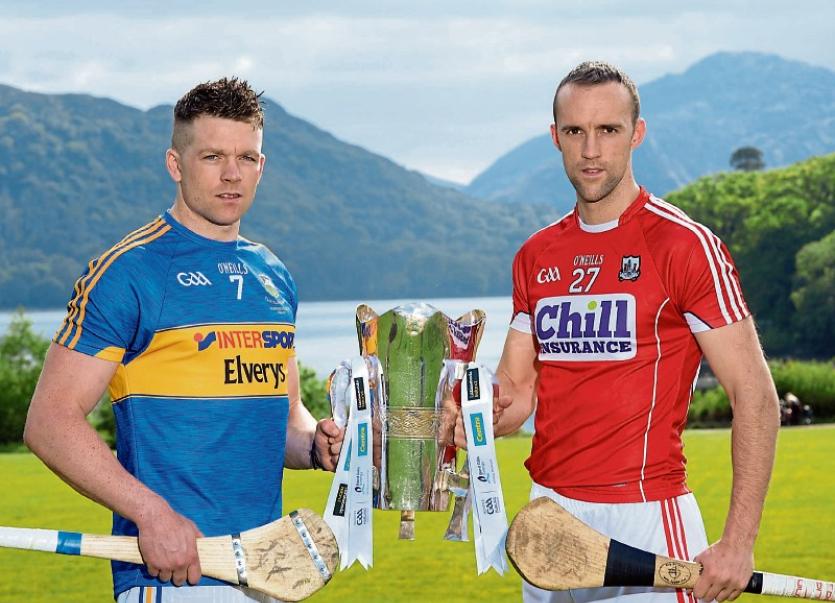 On Sunday Tipperary's senior hurlers will take the first step on a journey that they hope will again bring them deep into the All-Ireland Championship.

The campaign begins with a Munster Championship quarter-final against Cork at Semple Stadium (throw-in 4pm), one of three hurdles that will need to be negotiated if they're to successfully defend the provincial crown that they also hold.

Tipp have won the Munster title four times in the last six years and if captain Padraic Maher lifts the cup on July 9th after a final that could possibly be played at the revamped Páirc Uí Chaoimh, then they'll have completed a three-in-a-row in the province for the first time since 1989.

However that's a statistic that has been all but forgotten about in the discussions around the county's prospects for the next few months, and one that also reflects the diminishing importance of the provincial championships.

All the talk has been about the business end of the championship and whether they're capable of winning back-to-back All-Ireland titles for the first time since 1965, following victory over Kilkenny in last year's final.

Manager Michael Ryan is acutely aware of the expectations that are weighing on his side to hold onto the Liam McCarthy Cup, and it's no surprise that he has been trying to put a lid on those expectations.

"We will be putting everything on the line but it guarantees nothing", he stated when he accepted the Tipperary Person of the Year Award from the Tipperary Association.

"The team we have are super young fellows and they will give their all but that's as good as it's going to get. We all have high expectations of this team, and possibly too high, but to be fair to the lads they wear that very well and it doesn't impact on them.

But in sport you only have one winner on any given day and we will do everything we possibly can to ensure that it is us".

Tipp are 13/8 favourites to win the All-Ireland again but their odds were eased slightly following their last competitive match, that 16-points hammering by Galway in the National League Final almost a month ago.

The defeat itself didn't shock as much as the margin that separated the sides at the final whistle on a day when Tipp were found badly wanting.

The team that had eased its way to the final without pulling up too many trees in the earlier rounds hardly got out of the starting blocks against Galway, and by any standards their collapse on that forgettable day in Limerick was spectacular.

Poor performances by a handful of players are understandable, but for almost the entire team to be below par on the same day is a rarity.

Before the league final, Tipp had done little or nothing wrong in the seven matches since they beat Kilkenny last September.

Only one of those games was lost, coincidentally to Cork, on March 26th.

However by the time of that single-point defeat at Páirc Uí Rinn - the team's first defeat in a competitive fixture in almost a year - they had already qualified for the league's knockout stages.

Up to the final, the league campaign had been good to the county.

The competition featured appearances by 33 players and reaching the final as defending All-Ireland champions for the first time since 1992 was viewed as a sign of the team's consistency.

They used 20 players in most games, while they had 19 different scorers throughout the league.

The starting fifteen for Sunday will be along predictable lines, and while Tipp might not quite have the strength in depth throughout the panel that some commentators have been pointing to, Michael Ryan will still have decent options for replacements whenever he turns around to look at his bench.

Ultimately, the team's push for honours will be determined by the performances of a core of players including Brendan Maher, captain Padraic Maher, Seamus Callanan (who has recovered from a broken thumb sustained in the League semi-final against Wexford), James Barry, Ronan Maher and the McGrath brothers, all of whose experience is worth its weight in gold. 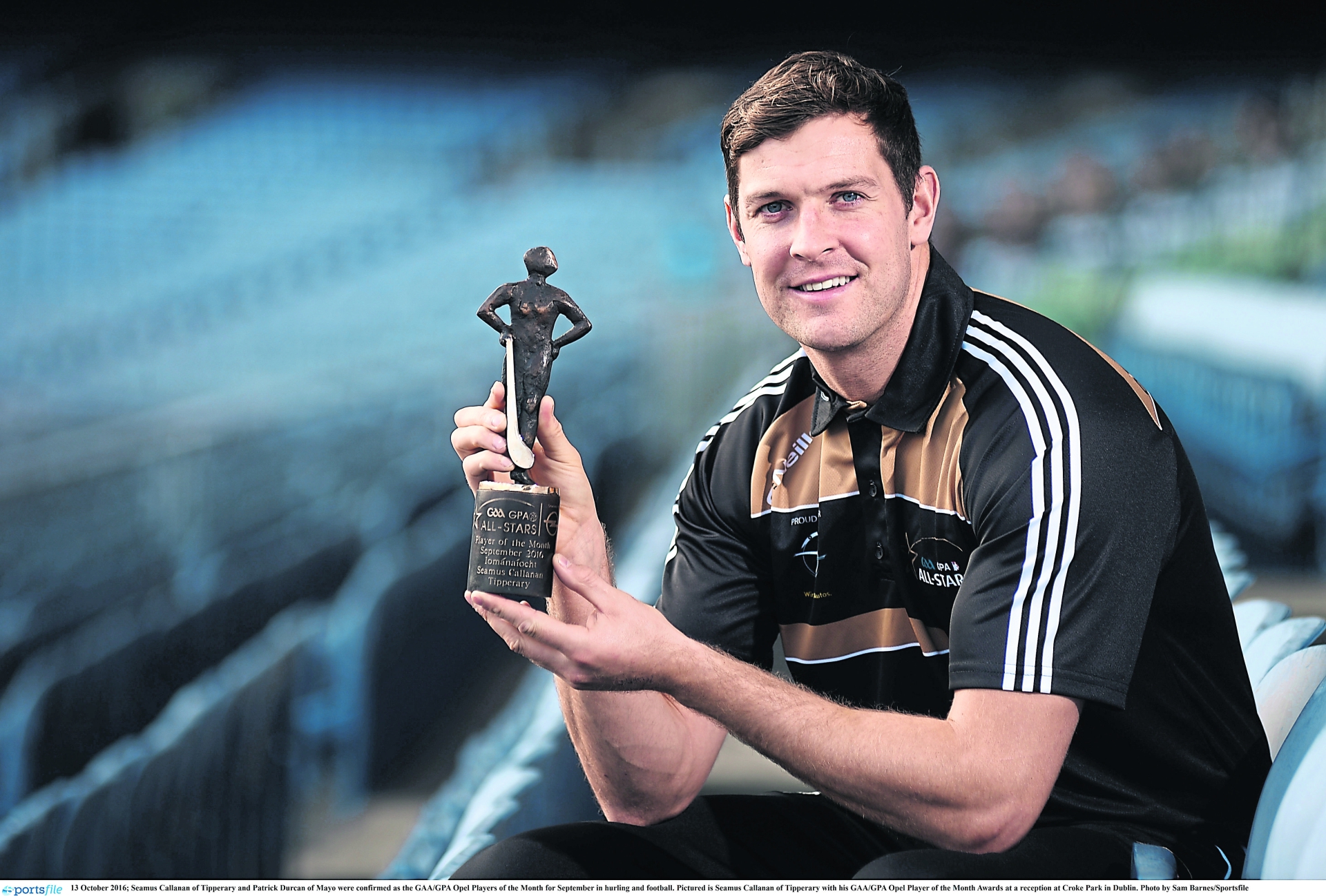 Seamus Callanan (above) will make a welcome return from injury when Tipperary face Cork in Sunday's Munster Senior Hurling Championship quarter-final in Thurles.

They and others such as 'Bubbles' O'Dwyer and 'Bonner' Maher (who has a hamstring injury and is struggling to be fit for Sunday) have been around the block and know what it takes to win big games.

Meanwhile, corner back Michael Cahill has been added to the injury list after he damaged a hamstring in training.

The Thurles Sarsfields corner back is regarded as a doubt for Sunday, while Donagh Maher (hamstring) and Barry Heffernan (shoulder) are also likely to miss out through injury.

Cork will take encouragement not only from their one-point win at Páirc Ui Rinn in March but also the manner in which Tipp flopped in the league final.

Even allowing for the fact that Tipp weren't at full strength when the teams met eight weeks ago, and that the game was something of a dead rubber for them, it still suggested that the gap between the sides isn't as wide as might have been previously thought.

Tipp ran up a total of 0-22 when they beat The Rebels by 9 points almost a year to the day at the same stage of the 2016 championship, a game also played in Thurles.

However they might not find the Cork rearguard so easy to breach this time around.

During last year's National League the Cork defence conceded 9 goals and 118 points, more than any team in the country, a haul that represented an average of 29 points per game.

A relegation play-off win over Galway kept them in the top flight and they improved their concession rate in three championship games last year, bringing it down to just under 24 points per game.

That rate of improvement has continued this year, and the 4-65 they conceded during the league meant they had the second best defensive record behind Tipperary at an average of just over 19 points per game.

Bandon's Michael Cahalane is back in inter-county action for the first time since being advised to quit the game because of a heart condition two years ago, and Cork's improved defensive record has been based on consistency in the team selection.

Colm Spillane lined out at corner back in all five league games while Christopher Joyce, Mark Ellis and Mark Coleman formed an unchanged half back line.

The performances of Shane Kingston and Luke Meade have also offered them hope for the future. And the increased competition for places has seen Patrick Horgan struggle to break into the side, despite scoring 15 points in the defeat of Tipp when he started as a late replacement for Shane Kingston.

If 2016 is to be used as a yardstick then it might not do any harm to cast our minds back to this time twelve months ago, when there was no great optimism throughout the county that the team could mount a serious championship challenge.

It might seem difficult to imagine now, especially considering what happened throughout the summer and early autumn, but there were even reservations about Michael Ryan's appointment as manager.

That was all before the side embarked on a winning streak that saw them win all five matches they played in the championship, culminating in a comprehensive defeat of their old foes Kilkenny on the first Sunday in September.

Hopefully the lessons from the defeat by Galway have been absorbed and that they won't carry any hangover from that game into Sunday.

They haven't become a bad team overnight and if they've made an adequate recovery from the debacle of the league final then Cork can be expected to feel the backlash, paving the way for Tipp to advance to a Munster semi-final against Waterford on June 18th.

Wexford referee James Owens will be in charge of Sunday's match.

If required a replay will be played on the following Sunday, May 28th.