Breaking: All Ireland champs Tipp defeated by The Rebels at Semple 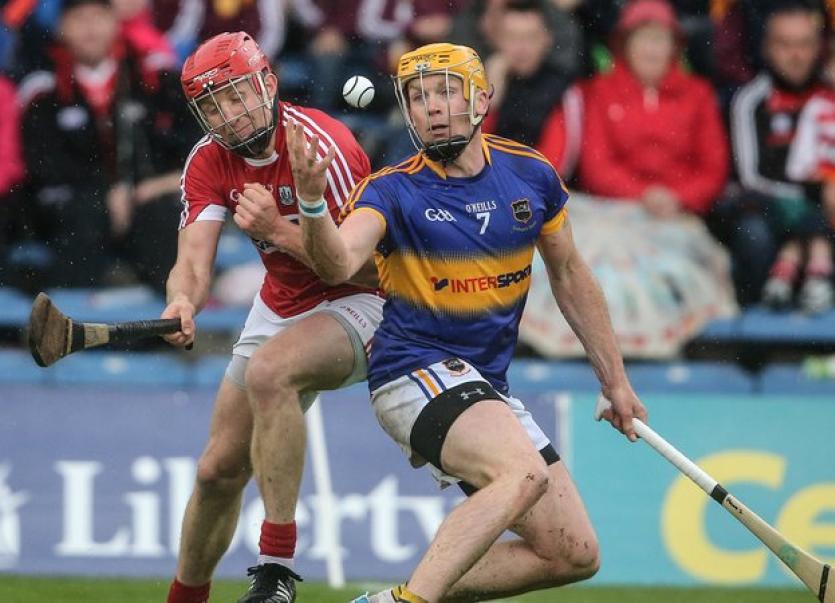 All Ireland champions Tipperary must go the qualifier route if they are to retain the Liam MacCarthy Cup following defeat to Cork in the Munster championship at Semple Stadium this afternoon.

An attendance of 30,103 spectators saw Tipperary relinquish their Munster crown at Semple Stadium this afternoon when  the unfancied Rebels of Cork came to town and, as they have done so often in the past, went away with the victory.

A shock it may be described as, but Cork were full value for their victory as they tore into Tipperary with real intent and used their pace and movement to unsettle a Tipp side which never hurled with spark or inventiveness.

A first half which yielded thirty scores saw an equal share of the spoils to leave spectators enthralled at the spectacle. The points were flying over with great regularity and there was tremendous pace to proceedings as the initiative swayed this way and that.

Tipperary were under enormous pressure in the full back line where both John O'Keeffe and James Barry were yellow carded inside eighth minutes. Indeed, Cork were to pilfer 0-8 from the Tipp full back line in the first half of the game and with fifteen scorers in total on the sheet by the break.

Cork had played with the aid of the swirling breeze in the half and though they had top notch showings from Luke Meade, Alan Cadogan and Conor Lehane, all three of whom had 0-3 each from play to their name, while Shane Kingston and Darragh Fitzgibbon were also central to their fine work.

Tipp were under pressure but were probably fortunate to have been level at the break, eventhough three untaken goal chances had come their way in the half - Brendan Maher and Michael Breen early on and Seamus Callanan just before the break who was denied by Anthony Nash - the ball was cleared upfield and Alan Cadogan blasted wide at the other end. 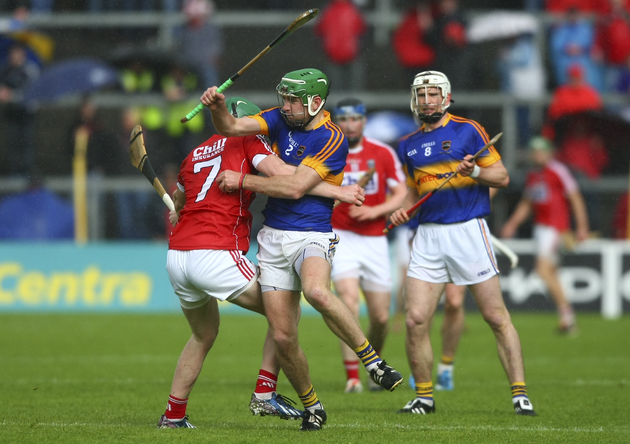 Noel McGrath in action against Cork.

It had been a thrilling first half of hurling, but could the pace be maintained in the second half?

The answer was yes and two second half goals from Shane Kingston in the 8th minute and sub Michael Cahalane in the 34th sealed another famous win in Semple Stadium for Cork. Tipp had battled to get back on terms after Kingstons goal and a John McGrath strike in the 21st minute shoved them back in front. But, Cork were the in form side and they pressed on again to keep their noses in front until Cahalanes goal at the very death sealed it.

It's the qualifier route now for Tipp, while Cork will play Waterford in the Munster semi-final.