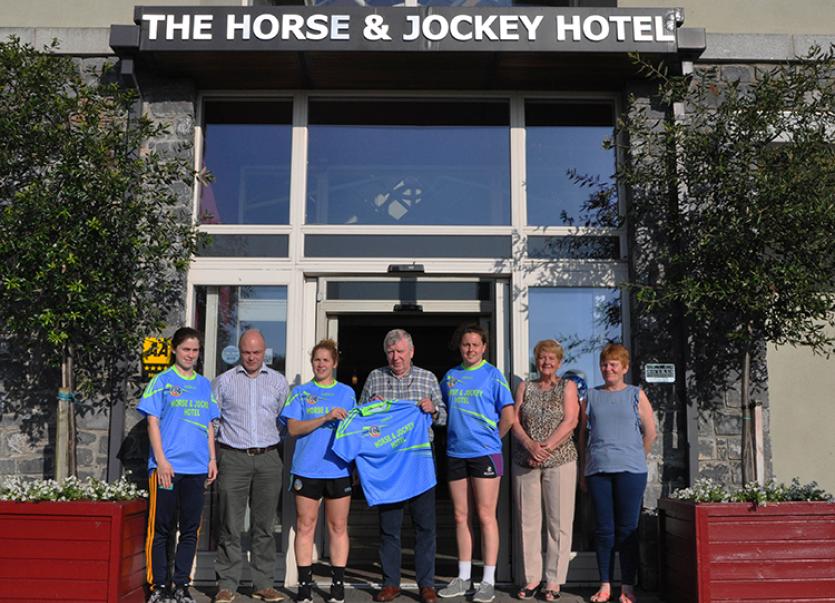 You can’t win a championship contest in the opening half, but you certainly can lose one. Despite playing with a stiff breeze at The Ragg Camogie Field on Saturday Brian Boyle’s Tipperary Camogie team struggled to put their game together and trailed by two points at the interval (0-4 to 0-6). Cork simply did not allow their hosts an inch and duly built a platform from which to win this opening round of the Liberty Insurance All-Ireland Senior Camogie Championship by a well-deserved nine points.

Paudie Murray’s team tackled ferociously and Tipperary struggled to piece their running game together against a physically-powerful Cork side. Indeed, with the wind Tipperary only managed a single point from play while seventeen minutes of the second half elapsed before Brian Boyle’s side added to their tally - by that juncture Cork led 1-11 to 0-4.

To their credit Tipp fought to the bitter end (matching their rivals for scores during the final quarter), but Cork were very good value for their comprehensive victory. That said, irrespective of this result, Tipperary have a lot more to offer - Brian Boyle’s team did not do their ability justice on Saturday and could still have a huge say in the Liberty Insurance All-Ireland Senior Camogie Championship.

Róisín Howard, in an incident which could have transformed the trajectory of this contest, appeared to be fouled for a penalty in the tenth minute, but the referee waved play on and Nicole Walsh (free) struck for Tipperary’s opening score in the 13th.

The impressive Orla Cronin cracked over a smashing left-handed point in the 14th minute before Róisín Howard fought brilliantly for possession in the 16th - the Cahir star worked the ball to Teresa Ryan who, in turn, found Keely Lenihan and the corner-forward drilled over (0-2 to 0-3).

Katriona Mackey added another excellent point to the Cork tally before Róisín Howard was fouled and Nicole Walsh converted the resultant placed ball. Another Nicole Walsh free tied the game in the 25th minute (0-4 apiece), but Cork saw out the opening half in impressive fashion when counter-attacking in the 27th and 29th minutes to force themselves into a 0-6 to 0-4 interval advantage. Orla Cotter and Libby Coppinger notched the respective points and Tipperary looked in deep trouble against a Cork side who appeared physically stronger than the home side and who, to be fair to them, were also playing the smarter Camogie.

Still though on the stroke of half-time Tipperary were left cursing their misfortune when Teresa Ryan created the room for a Mairéad Teehan shot which Cork ‘keeper Aoife Murray did well to save.

For the opening sixteen minutes of the second half Cork were on top and franked their dominance with a 1-5 blast to scoot ten points clear. Orla Cotter (two frees), Niamh McCarthy, Libby Coppinger and Amy O’Connor were responsible for the points while Hannah Looney booted home the goal in the 35th minute.

Tipperary’s first score of the second half materialised in the 47th minute when Cáit Devane drilled over a free, but Orla Cotter responded with a terrific long-range effort for Cork to help her side back into a ten-point lead.

Tipp rallied with a brace of scores - Róisín Howard notched one from play in the 52nd minute and then set up Grace O’Brien for another a minute later.

Orla Cronin and Katriona Mackey responded for Cork before Grace O’Brien threatened to dispossess Aoife Murray on her own goal line, but the ‘keeper evaded the clutches of the up-and-coming Nenagh Éire Óg star thanks to some quick thinking.

Two minutes into injury time Tipperary finally happened upon a little good fortune when Ciardha Maher fired home a goal following Cáit Devane’s decision to lob in a late free. Cork, however, closed out the contest well with late points which arrived courtesy of Katriona Mackey and Amy O’Connor.

Tipperary next face Limerick in the second round of the Liberty Insurance All-Ireland Senior Camogie Championship on Saturday, July 1st in The Ragg Camogie field. Limerick recently beat Tipperary in a provincial semi-final while in group two of the All-Ireland championship the Premier County will also face Offaly and Wexford.

Tipperary also suffered a defeat in the Liberty Insurance All-Ireland Intermediate Camogie Championship at Tír na nÓg, Randalstown on Saturday when the Premier County lost to Antrim 1-12 to 5-12. The intermediate team compete in group one of the All-Ireland championship alongside Antrim, Derry, Kildare, Kilkenny and Wexford.