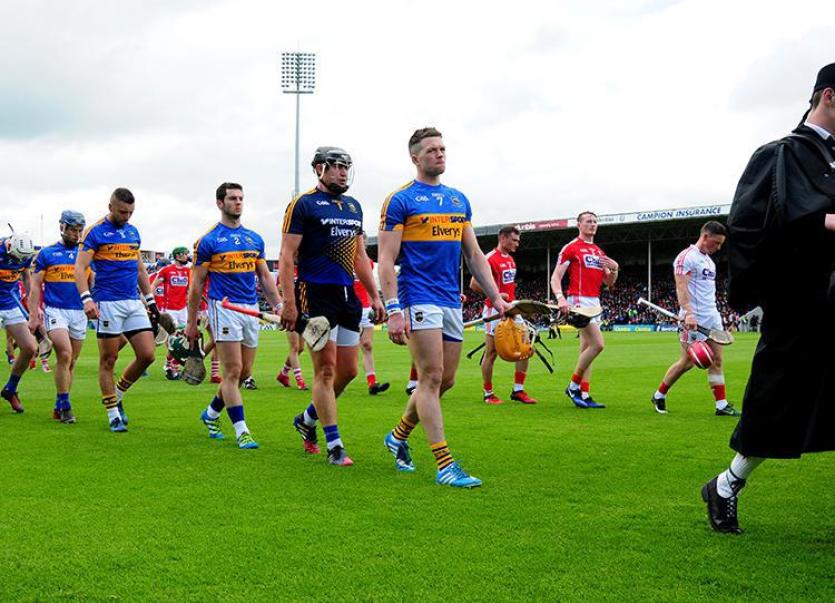 The expectation among supporters is that a number of changes will be made to the Tipperary hurling team to face Westmeath in round one of the All-Ireland Senior Hurling Championship qualifiers on Saturday, July 1st at 5pm in Semple Stadium, Thurles.

Following in the wake of the disappointing 1-26 to 2-27 defeat suffered at the hands of Cork in a Munster quarter-final on Sunday, May 21st blue and gold supporters are expecting to see a revamped and re-energised Tipperary team in action on Saturday - the Premier County starting team will feature at least one enforced change since Cathal Barrett is no longer a member of the senior hurling panel.

The four winners of those games face off in round two on Saturday, July 8th with a place in the All-Ireland quarter-finals up for grabs on Sunday, July 23rd against the respective defeated provincial finalists

In their Leinster qualifier group campaign Westmeath lost to Laois (2-17 to 1-23) before also losing to Kerry (2-12 to 0-20) while a 1-18 to 0-19 win over Meath propelled manager Michael Ryan's (Waterford) team into a Leinster quarter-final against Offaly. The Faithful won that test 4-14 to 1-20 thanks to a 2-1 blast from Shane Dooley during the last four minutes.

Saturday's hurling qualifier will be preceded by the Liberty Insurance All-Ireland Senior Camogie Championship clash between Tipperary and Limerick at 3pm in Semple Stadium.

And, the Tipperary Camogie team, following a brace of disappointing results, are determined to do themselves justice against the Munster champions. Tipperary lost to the Shannonsiders in a recent Munster semi-final and also suffered a defeat to Cork in the opening round of the Liberty Insurance All-Ireland Camogie Championship, but Brian Boyle’s team have plenty to offer. The players are working incredibly hard on the training field and Tipperary will do everything in their power to represent the blue and gold jersey to the very best of their ability.

Following their one-point defeat at the hands of Cork in the recent Munster semi-final the Tipperary footballers will face Cavan in round 2B of the All-Ireland Senior Football Championship qualifiers on Saturday, July 8th in Kingspan Breffni Park, Cavan at 2pm.

The football qualifiers are divided into sections A and B -teams are designated A or B depending on which half of their provincial championships they compete in. In all rounds of the qualifiers A teams play A teams and B teams play B teams.

Tipperary have been designated a section B team - the draw for round 2B is: Wexford v Monaghan, Westmeath v Armagh, Carlow v Leitrim and Cavan v Tipperary.

The four winners then face the respective four beaten provincial finalists in round four with a place in the quarter-finals up for grabs.