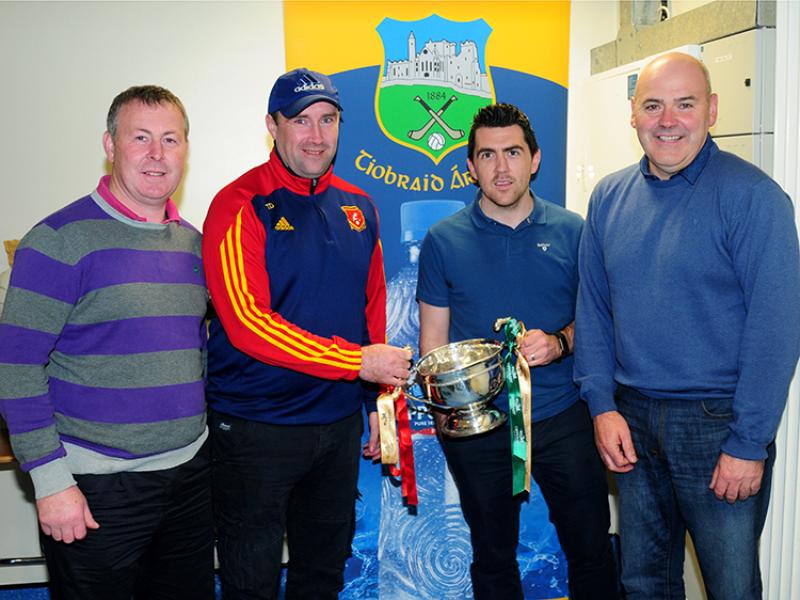 The temptation is to write off Killenaule completely - Clonmel Commercials are back in the county final and appear eager to make up for lost time. Charlie McKeever’s men are immensely talented and they will enter the final of the Tipperary Water County Senior Football Championship on Sunday, October 15th at Semple Stadium, Thurles as hot favourites (throw-in 3.30pm) to collect a 17th county senior title. You should not, however, discount Kenneth Browne’s Killenaule as also-rans - these Robins can play ball, big time.

“Everyone knows that we were disappointed with ourselves and with how the hurling finished for us, but there are great characters in the side,” Killenaule captain Tony Doyle told the Tipperary Star.

“We said that we would give the football a right shot - it has led us to a county final. We are a very resilient team and as you can see from the result against Moyle Rovers - our backs were against the wall and we still kicked on. We know what is facing us next Sunday. It is a massive challenge. Nothing needs to be said about Commercials - they are a top class team, but we are going to be there and we are going to battle.”

Killenaule manager Kenneth Browne is joined on the Robins’ management team this season by selectors Michael Gleeson, Niall O’Dwyer and Tony Doyle (senior) while Michael Guinan (logistics) and Kevin Shelly (physio) also perform key roles for a side which features a series of terrific players. Watch out for lads like John O’Dwyer, Jimmy Feehan, Páidí Feehan, Kieran Bergin and Declan Fanning to make their presence felt on Sunday. Indeed, Killenaule beat Commercials notably in the 2014 South final and will be nourished by such memories.

And, although Killenaule may be perceived as a hurling club neutrals should not make the mistake of considering Sunday’s final to represent a gimme for Clonmel Commercials. The Robins are there on merit and expect to make an impression in the club’s first-ever county senior football final.

“Of course we are - for the last month our training has gone very well,” manager Kenneth Browne explained.

“The South championship matches really drove the thing on. The lads have taken on a completely different attitude to what, maybe, they would have three months ago when they were still involved in the hurling. They have taken everything in their stride - they were training down there this morning and they all had a smile on their face. And, that’s all we can ask for.” 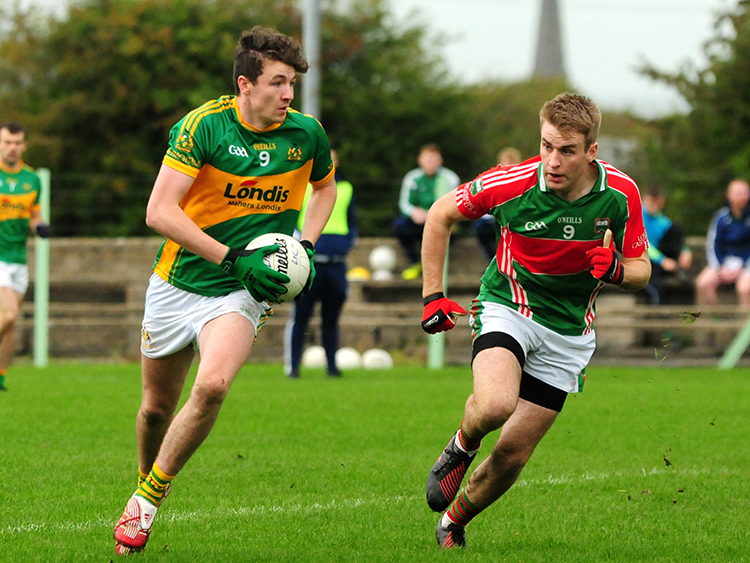 Clonmel Commercials were taught a salutary lesson on the subject of counting chickens in 2016. Commercials entered the season as defending county and provincial champions, but lost out, albeit narrowly, to Loughmore-Castleiney in the last four. This season the Clonmel camp is taking nothing for granted.

“We are not even thinking about Munster to be honest - maybe last year we probably thought, maybe, two steps ahead when we should not have and it was our downfall, but this year we are trying to win a county and worry about Munster later on please God,” Clonmel player Danny Madigan told the Tipperary Star before revealing his deep-held respect for the threat that Killenaule pose.

The fortunes of the Clonmel senior team are guided this season by manager Charlie McKeever, selectors Martin Quinlivan, Anthony Shelley, Tomás Ó Ceallaigh and Tommy Toomey while the fact that DJ O’Dwyer trains both Commercials and the St Mary’s hurling team has been heralded as the “key” to their success - St Mary’s, of course, share a cadre of players with Commercials and roared to the county intermediate hurling title on Saturday last. It seems that the players have benefited from an enlightened approach and some joined-up thinking for which both clubs deserve huge credit.

Killenaule booked their place in the final recently when beating South rivals Moyle Rovers 2-16 to 1-18 after extra-time. Meanwhile Clonmel Commercials avenged the defeat suffered at the hands of Loughmore-Castleiney in 2016 when seeing off the defending champions 1-9 to 1-6 in their respective semi-final.

Killenaule, thanks to a three-goal blast, earned themselves an emphatic victory over the Aherlow Gaels (3-14 to 2-5) in the quarter-finals. And, it is interesting to note that Killenaule, in a display of composed possession football, fired 3-5 into the face of a strong wind in the second half. And, Commercials selector Martin Quinlivan is well aware of the threat posed by the Killenaule men whom he has described as a “serious team”.

“We still carry the scars of losing to them in a South semi-final in 2012 and a South final in 2014 that knocked us out of the championship. So, of all clubs we won’t be taking Killenaule lightly. They are a serious team. We know that it’s going to be a really, really tough game, but that’s what you want in the county final and we are delighted to be there,” Martin Quinlivan told the Tipperary Star.

“Killenaule are a serious outfit. Going on the form line there is nothing between ourselves and Killenaule. They have had a long time to focus on football and these boys are top, top footballers. Success has to be earned and I know that if we come out on the right side of it we will have earned it,” Martin Quinlivan explained.

“Clonmel is on a high - if you add it all up: Clonmel Óg are in an intermediate county final, if they win that they go senior, our own ladies team won the intermediate county title and now they are gone senior. It is the first time ever that Commercials are senior in both ladies and gents football. And, St Mary’s, obviously, won the intermediate hurling (county title) and now they are gone senior. If we could get over the line now in the senior final it would really cap it all. And, I don’t think anyone would complain if the GAA was doing well in Clonmel - it has a reflection on all levels in the county. So far, so good and, hopefully, we can crown it by winning the big one,” Martin Quinlivan added.

In the semi-finals of the Tipperary Water County Minor A Football Championship Galtee Rovers beat Inane Rovers 2-16 to 3-5 while Moyle Rovers saw off JK Bracken’s in the last four (1-13 to 0-14). The decider will be played as a curtain-raiser to the senior football championship decider between Killenaule and Clonmel Commercials on Sunday, October 15th at Semple Stadium, Thurles (throw-in 1.15pm).