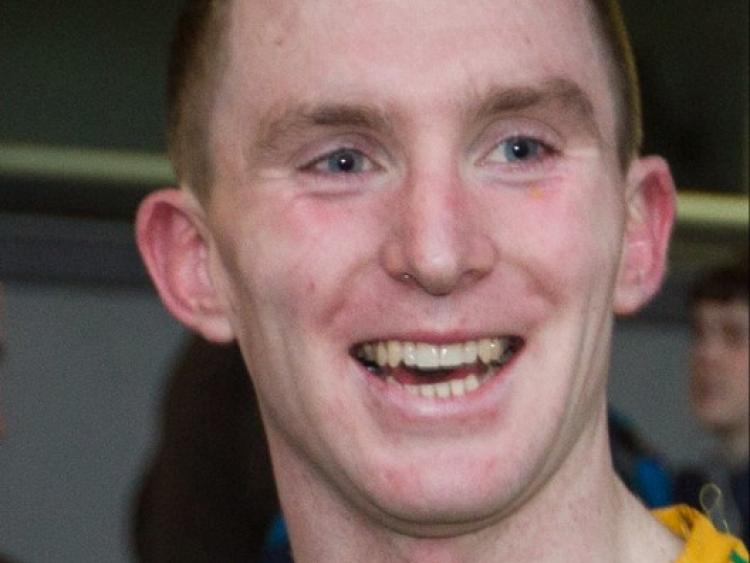 After a year's separation 2015 Munster Club football champions Clonmel Commercials hinted that they were about to reignite their love affair with the provincial championship, as they asked some searching questions of All-Ireland champions Dr. Crokes in Sunday's Munster quarter-final at Clonmel Sportsfield.

However the craft, guile and strength of the Killarney team eventually proved decisive and they ran out convincing winners, despite playing most of the second half with fourteen players against a Clonmel side that scored just one point in the second period.

Commercials were ahead by 0-7 to 0-6 and more than holding their own against their illustrious opponents when Dr. Crokes midfielder Alan O'Sullivan received a straight red card six minutes into the second half.

It appeared that the advantage had now been tilted in favour of the Clonmel team, but the Crokes worked overtime to make light of the numerical deficit and at times it seemed as if they had the extra player.

Kieran O'Leary equalised shortly after O'Sullivan's dismissal and they were ahead when substitute Jordan Kiely hit the target five minutes later.

A point from Micheál Burns had Crokes two ahead midway through the second half. But Commercials made it interesting twelve minutes from the end of normal time when substitute Richie Gunne applied the finishing touch to a move created by Kevin Fahey and Padraig Looram to leave just a point between them (0-9 to 0-8) with their only score of the second half.

However just when they had regained a foothold in a contest witnessed by an official attendance of 1,813, Commercials' challenge was derailed within the space of a few short minutes, as Dr. Crokes showed their pedigree as All-Ireland champions.

The Kerry team, who had regained their composure after a shaky start, struck three points in the space of two minutes to open a four-points lead in next to no time.

Captain Daithi Casey, who made a big difference when he was moved out to midfield from full forward, struck a tremendous point from some distance. Then Paul Clarke scored when a short kickout by Commercials goalie Michael O'Reilly went astray and Micheál Burns completed that mini scoring burst, as a more familiar Crokes emerged.

To their credit, Commercials emptied the tank as they tried to retrieve the deficit but they never came close to getting back into the game, as Crokes closed out the victory with further points from Micheál Burns and Johnny Buckley.

Crokes secured the win without the services of Colm Cooper. The Gooch, fresh from his testimonial dinner in the Intercontinental Hotel in Ballsbridge on Friday night, was listed in the programme at right corner forward and took part in the warm-up, but he remained an unused substitute.

Despite the control that Dr. Crokes exerted in the closing stages, Commercials had a few what-if moments in the second half.

They were ahead by 0-7 to 0-6 two minutes into the new half when a great move between Seamus Kennedy, Jack Kennedy, Michael Quinlivan and Ian Fahey tore a gaping hole in the Kerry defence and ended with Quinlivan's low drive being cleared off the line by Crokes corner back John Payne.

A minute later Jamie Peters, who was making a good impression, was sent to the line on a black card for a foul on Daithi Casey. Crokes' Alan O'Sullivan followed him when he received that straight red card three minutes later, but from Commercials' point of view their extra player didn't have the desired effect.

In a game staged in perfect conditions, Commercials enjoyed their best moments in the first half, when they put in a superb effort against the raging hot 1/6 favourites as they led by 0-7 to 0-5 at the midway stage.

All over the pitch they were more than a match for Dr. Crokes in that opening half. Michael Quinlivan showed the touches of class that earned him an All Star. Seamus Kennedy was a creative force and alongside him Jack Kennedy was going great guns too.

Ross Peters was an important link man between defence and attack and in defence captain Donal Lynch, Kevin Harney, Kevin Fahey and Jamie Peters were asserting themselves.

They fell behind to a fourth minute point from Fionn Fitzgerald but as they grew in confidence they hit a purple patch. Kevin Harney (when he barreled his way through), Michael Quinlivan (with a great point on the turn), Jamie Peters and Jack Kennedy were all on the mark to put them in front by 0-4 to 0-1 after ten minutes.

Daithi Casey converted a free for Dr. Crokes before a great run by Michael Quinlivan carved out the opening for an Eoin Fitzgerald point that made it 0-5 to 0-2 in Commercials' favour.

Stung into a response, Dr. Crokes retaliated with unanswered points from another Daithi Casey free, Johnny Buckley and Tony Brosnan to tie the scores in the 21st minute, as the home team started to cough up possession.

Commercials needed to restore their grip on the game and they did just that with a score from Kevin Fahey, after Michael Quinlivan had cleared the path by dragging two Crokes defenders out of his way with a clever distracting run, as they kicked on again.

On the cusp of half time Seamus Kennedy, Michael Quinlivan and Jack Kennedy ferried the ball to Ross Peters, who did the necessary to offer his team that two-points lead at the break, following 30 minutes of football in which they had seven different scorers.

Yet their advantage could have been greater; before that Ross Peters point Michael Quinlivan picked out Jack Kennedy with a measured, incisive pass but the young midfielder was misfortunate to lose his footing when he would have had a clear run on goal, although he forced a '45 with his second attempt.

In the second half Commercials failed to build on that encouraging start, as their challenge petered out and their season came to a disappointing conclusion.

Before the start a minute's silence was observed in memory of Tony Smith, the former Commercials and St. Mary's player who represented Tipperary and Limerick at inter-county level, and who died on Saturday.