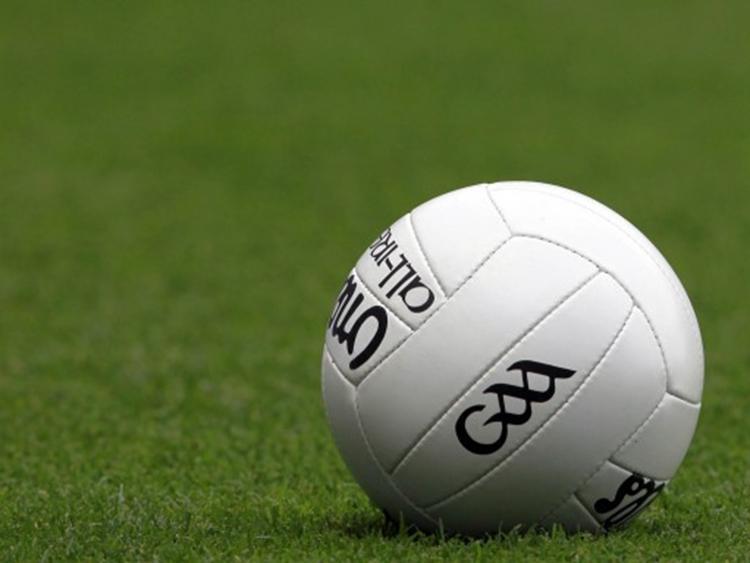 Barry O’Brien revealed that he was “delighted” to succeed Joe Hannigan as chairman of the Tipperary Football Board at the sub-committee’s convention which took place at the Anner Hotel, Thurles on Tuesday, December 5th.

The Fr Sheehy’s man is a former chairman of the County Board (2008-11). Indeed, when Mr O’Brien was elected chairman of the senior board in December 2008 his passionate opening address featured a 2020 vision for Tipperary football which argued that the Premier County could, by then, be capable of winning All-Ireland titles at minor, junior, under-21 and senior level.

In his address to the convention Barry O’Brien complimented Joe Hannigan (Shannon Rovers) on his five-year term as chairman of the Tipperary Football Board.

“You were a tour de force and you will be hard act to follow,” Barry O’Brien said before revealing that he intended to “draw up a plan” in order to clearly define the role of the football committee. Mr O’Brien also said that he was looking forward “to working with the County Board officers”.

“It is better to work together than to work against one another,” the Fr Sheehy’s man added before indicating that “I have great confidence in the future for football in the county”.

Meanwhile the remaining executive officers - secretary Hugh Coghlan (Moyne Templetuohy) and PRO Enda O'Sullivan (Nenagh Éire Óg) - remain in situ. The remainder of the management committee will be appointed at the next meeting of the Football Board.

Michael Power (Moycarkey-Borris), the chairman of the Friends of Tipperary Football, led the tributes to out-going Football Board chairman Joe Hannigan.

“Football in Tipperary has been the better for the term that you have been involved and that will be your legacy,” Michael Power said.

In his address to convention out-going chairman Joe Hannigan highlighted how the expectations of the football community in Tipperary had been significantly raised.

“By our standards we would nearly say that we didn’t have a good year,” Joe Hannigan said with a smile before reflecting on Tipperary’s single-point defeat suffered at the hands of Cork in the 2017 Munster Senior Football Championship.

“We were playing Cork below in Páirc Uí Rinn and we were coming away disappointed that we did not win,” Joe Hannigan noted.

“We have a right good machine there at the moment and we have to keep it going,” the Shannon Rovers man said before describing his five-year term as chairman as “enjoyable” and “challenging”.

“We have three years left and I think we have got the gear to do it,” Joe Hannigan said.

“We need to roll up the sleeves and back this thing to the last,” Joe added.

The dual player issue at minor and under-20 level sparked a series of passionate exchanges at the Football Board convention.

Out-going chairman Joe Hannigan revealed that there was an arrangement in place between under-17 football manager Matt Doherty and Tommy Dunne (under-17 hurling manager) to “work together” during the 2018 season.

“We have come to a compromise to make it work for everybody,” Joe Hannigan said before revealing that the Football Board would not support the proposal to run the Munster Minor Football Championship on a round robin basis in 2018.

“It would make it very, very difficult for us as a dual county,” Joe Hannigan said before highlighting how the Celtic Challenge (an under-17 inter-county hurling tournament) could have a “serious impact on football”.

Reacting to the suggestion that under-17 players in Tipperary would opt to commit to playing in the Celtic Challenge as opposed to lining out for the minor football team Derek Williams (Clonmel Commercials) asked “has it gone that bad”.

“Is it the case that players would rather play a Mickey Mouse competition in hurling than play Munster championship with their county in football,” Mr Williams asked before criticising delegates to the County Board for ratifying “an under-21 (hurling) manager (Liam Cahill) who has no interest in the dual player”.

In response Tipperary under-20 manager David Power (Kilsheelan-Kilcash) revealed that a member of his panel had committed to playing under-20 football for the Premier County in 2018 even if that decision could, potentially, lead to his expulsion from the under-21 hurling panel.

“They are the kind of player that Tipp football needs,” David Power explained.

“We need players who want to play football for Tipp and not to be going down on bended knee to players,” Mr Power added before the Kilsheelan-Kilcash man questioned the commitment of the Games Development Administrators (GDAs) and County Games Manager Dinny Maher to the development and promotion of football in the county.

In response Tim Floyd (County Board secretary) said: “I would ask people to inform themselves about the work that is going on in terms of games development in the county before making comments”.

Out-going vice-chairman Michael Byrnes argued that “we have to work together” while that sentiment was echoed by Michael Power, the chairman of the Friends of Tipperary Football, who said that “if people don’t work together you have no chance”.

“I hope that we can all work together,” John Devane said.

“I want to see Tipperary doing well in every competition, at every grade and in every code,” the Boherlahan-Dualla man added.