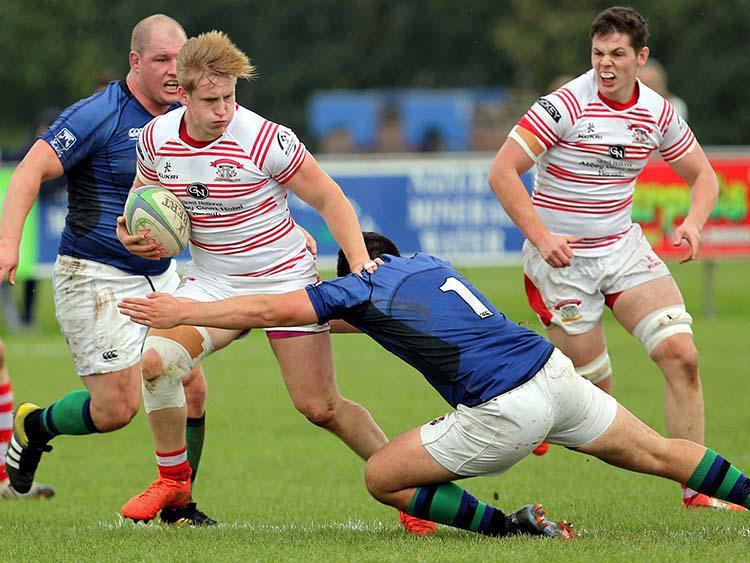 The Ulster Bank League pits local rivals against one another on Friday night in Nenagh - Cashel RFC will chase a third successive division 2A victory over Nenagh Ormond when the sides meet at New Ormond Park (7.30pm) on Friday, January 5th.

Malone top division 2A of the Ulster Bank League one point clear of Highfield and six clear of Nenagh Ormond in third place while Cashel RFC are sixth and seventeen points off the lead.

With ten rounds already played in division 2A points are now precious and there is sure to be a real edge to Friday night's contest.

Following this weekend's round of games the respective Tipperary clubs will not return to league action until Saturday, January 27th when Cashel RFC host Highfield at Spafield while Nenagh Ormond are away to Galwegians.

When the sides last encountered one another on November 11th at Spafield Cashel RFC edged an enthralling contest (10-6) in appalling conditions.

Ultimately a superb try from Eamon Connolly in the 30th minute settled the issue and although this encounter proved to be a low-scoring affair the physical battle was gripping to watch.

Cashel RFC will be hoping that a win over Nenagh Ormond on Friday could kick-start their season and have every chance of doing so, especially as the side is coached by Denis Leamy who played 144 times for Munster and won 57 caps with Ireland. Denis, of course, also won Heineken Cups with Munster in 2006 and 2008, a grand slam with Ireland in 2009 and two triple crowns. As a coach Leamy enjoyed notable success with Clonmel RFC when guiding the south Tipperary outfit to a third consecutive Munster Junior League Division One title last season.

Nenagh Ormond are managed by John Long and the head coach is Ivan Muldoon.

And, Nenagh Ormond, of course, famously won the Limerick Charity Cup final on November 18th - on an historic night at the Market’s Field in Limerick Nenagh Ormond beat raging hot favourites Garryowen by a single point (25-24).