Neither side deserved to lose out in entertaining decider 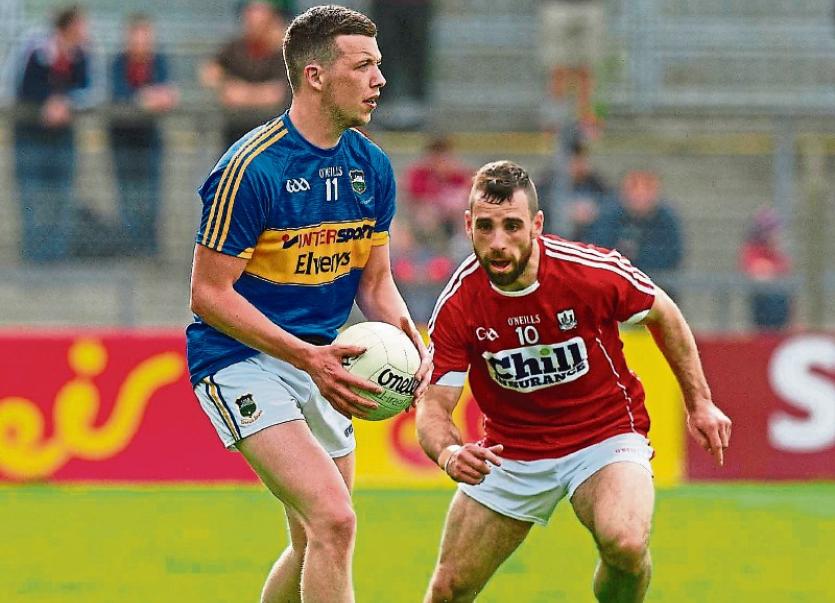 And still the saga continues! Carried over from 2017 into the new year, the Clonmel Oil South Senior Football Championship still remains to be decided after Clonmel Commercials and Moyle Rovers played out an entertaining and exciting decider at Clonmel Sportsfield on Sunday afternoon.

Level at full-time, and still locked together at 0-8 apiece at the end of extra time, the two local archrivals will have to do it all again (but when) before the destination of the divisional title for last year is finally decided. But Sunday last wasn’t to be that day, and credit to both sides who served up a decent game on a surface that looked very doubtful before the game commenced at all.

At the end of the day it will be the Powerstown/Lisronagh side who will probably feel the more disappointed with the result as over the 80 minutes they kicked no less than 13 wides, some of them from very scoreable positions. And with Clonmel Commercials missing the likes of Michael Quinlivan and Seamus Kennedy, because of injury and hurling commitments respectively, will Rovers ever get a better chance of defeating the town side in a competition of real importance?

The game eventually started 45 minutes later than the advertised time of 1 pm, and the Monroe side had the better of the early possession and were full value for their 0-4 to 0-1 lead after the first quarter. In that period Liam Boland kicked three points (two frees) with the hard-working Aidan McGrath scoring the other after good work by his brother David. All Clonmel Commercials could manage in the opening 15 minutes was a free from Jack Kennedy after a Kevin Harney break through the centre forced a foul.

County champions Commercials then kicked a brace of points within three minutes to pull the game back to the bare minimum after 18 minutes.

Firstly Eoin Fitzgerald had a nice point on the run, quickly followed by a superb effort by Kevin Fahey with the outside of the boot after a flowing movement carried through by Padraic Looram, Richie Gunne and Ross Peters.

Four minutes before the break Moyle Rovers got their first point in 13 minutes when a long ball played in by David McGrath was gathered by Liam Boland who put it over from a very acute angle to give his side a 0-5 to 0-3 lead at the interval.

Commercials emerged for the second half a more determined outfit and they bossed possession and dominance for most of the second period.

A second point from Kevin Fahey in the 35th minute, after a spell of sustained pressure by Commercials, reduced the deficit to a single point.

And after Ross Peters was fouled, Jack Kennedy kicked the equaliser from 45 metres in the 41st minute as Commercials looked to be getting on top.

But Moyle Rovers steadied somewhat and a hard-working defence in which the likes of Darragh Dwyer, Richie Power and Paddy Morrissey were fully committed, Commercials were somehow being kept at bay. That was until two minutes before full-time when Jason Lonergan struck a delightful left-legged point from a difficult angle to put the county champions ahead for the very first time. 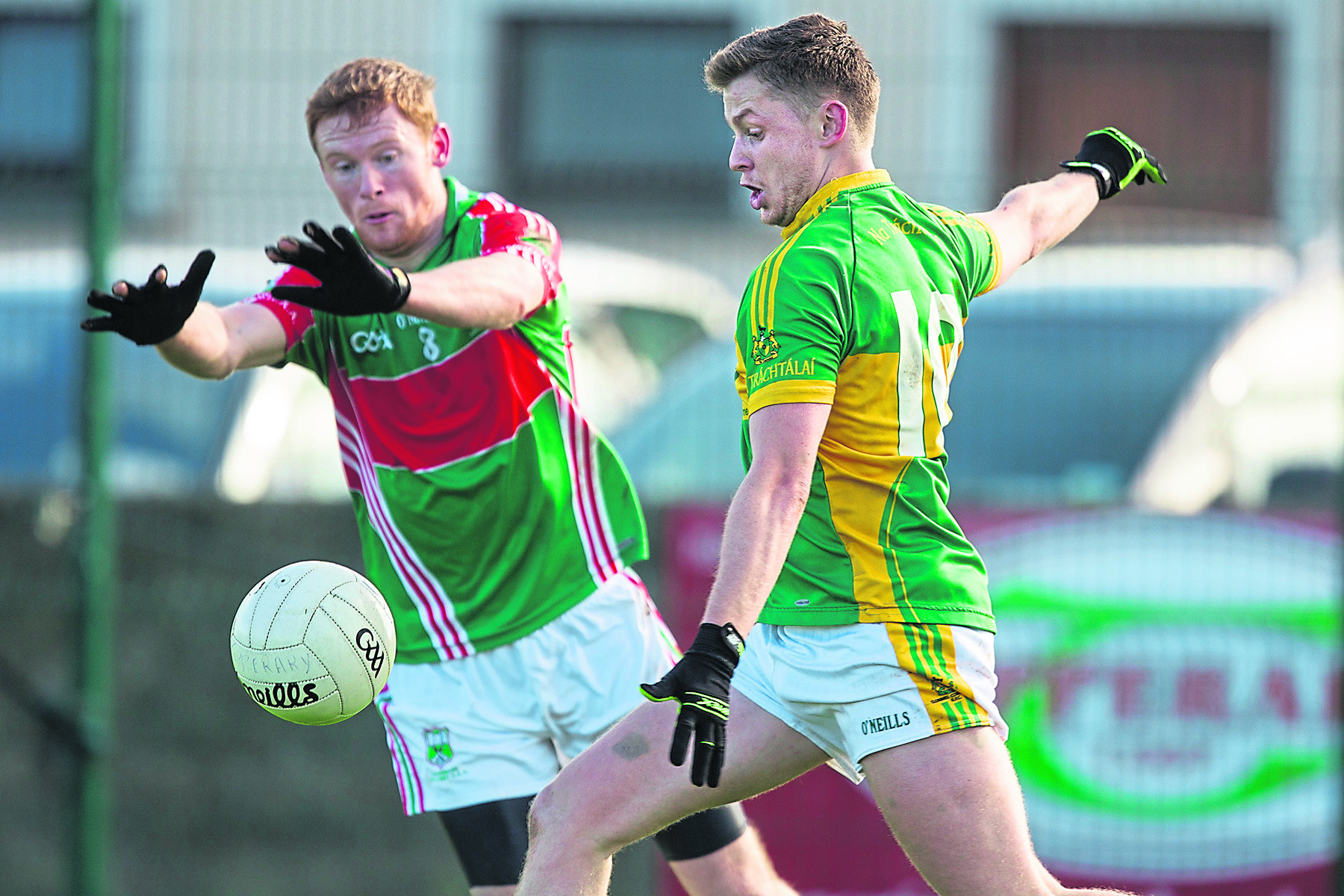 Jason Lonergan (Commercials) kicked what looked like the winning point two minutes from the end of regular time only for Liam Boland to strike back in added time to force extra-time.

It looked curtains now for the challengers but with the clock gone over the 60 minutes the last attack saw David McGrath deliver a long high ball into the goal area which Stephen Quirke won to offload to Liam Boland who struck the game-saving point. It was their only score of the entire second half and it came just in time to avoid a disappointing defeat.

It was perhaps in the first period of extra-time that Moyle Rovers should have kicked on to win this game for sure. They scored two points but they also kicked four wides inside the first eight minutes of play – they will hardly get a better chance to undo their archrivals.  The two points they did manage came from David McGrath who ran himself into the ground by the end of the day, and from substitute Dara Ryan after being played through by Danny Owens.

Veteran Commercials player Johnny Harney pulled one back before the break to leave it at 0-8 to 0-7 for Moyle Rovers at half-time in extra-time.

Early in the second period Rovers lost their county star and captain for the day, Alan Campbell, to a black card after hauling down Conal Kennedy.

Three minutes in Jamie Peters scored a superb point into the Cantwell Street goal to tie it all up at 0-8 each with seven minutes to play in a game that was there for the taking.

As the play swung from end to end both sides did have late chances to snatch victory but a defeat for either side would have been very hard considering the circumstances and conditions of the day. We can look forward to the replay of the Clonmel Oil South Senior Football Final, and hopefully soon.

Subs: Shane Flynn and Johnny Harney for Fitzgerald and A. Lonergan (48 mins); Conor McGeever for Lambe (53). In extra-time: Conal Kennedy for Moore; A. Lonergan for Looram; Fitzgerald for A. Lonergan.