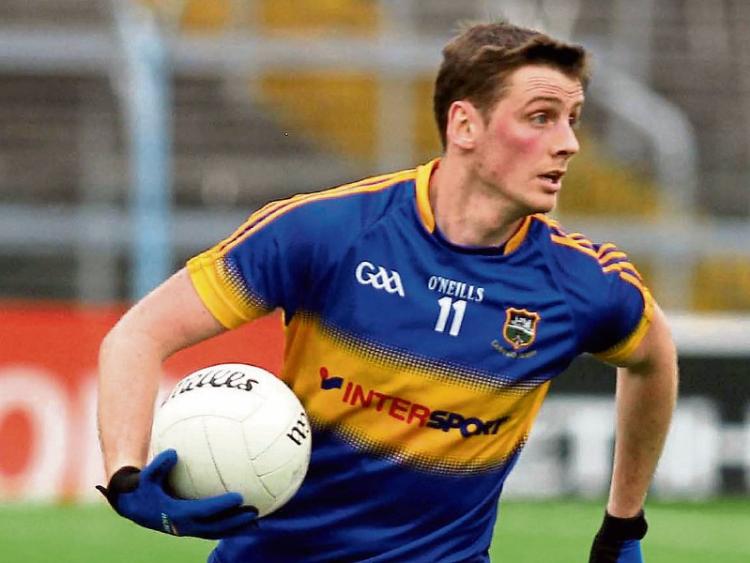 Tipperary footballers suffered a galling defeat to Roscommon at Semple Stadium today in Division 2 of the National Football League when they allowed a six points lead disappear over the last eight minutes of play.

Leading 3-9 to 0-12 after 67 minutes, it looked to all in the 2,344 attendance that Liam Kearns’ side were on the verge of a second significant league victory on successive weekends. However, Roscommon took complete control (over the last three minutes of normal time and five minutes of added time) to score 1-5 without reply for a stunning win.

Tipperary had led at half-time by 1-6 to 0-6, helped by a well-taken Conor Sweeney penalty on 20 minutes, after Michael Quinlivan had been hauled down. When a second penalty was coolly converted by the Ballyporeen man three minutes after the restart (following a Brian Fox run), it put ‘The Premier’ six to the good.

Then in a period of dominance Roscommon managed to reduce a seven points deficit to just three by the 55th minute. However, it seemed Tipperary had weathered that storm when Michael Quinlivan scored a superb solo goal to again put Tipp ahead by half a dozen points (3-8 to 0-11).

Disappointingly, in the last 20 minutes of actual play all Tipperary could manage was a single point scored by substitute Liam Boland as the Connacht champions took control.

The key score of the game came in the 68th minute when a high ball into the Tipp area wasn’t dealt with properly and Diarmuid Murtagh took full advantage of the breaking ball to goal and reduce the lead to two (3-9 to 1-13). This score completely changed the momentum of the game and with their tails now up and momentum in their favour, ‘The Rossies’ rattled off the last four scores to escape with a smash and grab success from a rare visit to Semple Stadium.

The game had started evenly with the sides level at 0-2 each after 10 minutes, points by Conor Sweeney and Liam McGrath matched by efforts from Fintan Cregg and wing-back Conor Devaney for Roscommon.

A good spell of dominance saw Roscommon score three unanswered points from Ciarán Murtagh (free), Ciaran Lennon and Diarmuid Murtagh and just when it seemed the Connacht champions might be pulling away, Tipp responded well. A long ball into the forward line was won by Michael Quinlivan and just as he was about to shoot for goal the Tipp full-forward was fouled. From the resultant penalty Conor Sweeney restored parity at 1-2 to 0-5.

It was now Tipp’s turn in the ascendancy and three points from McGrath (free), Liam Casey and Sweeney (free) put Liam Kearns’ side ahead and looking comfortable in themselves. A Niall Conroy point in the 30th minute reduced the lead to two before another Conor Sweeney free, again earned by Quinlivan, sent Tipp to the break at 1-6 to 0-6 ahead.

Tipp restarted the second period with a brilliant solo run by Michael Quinlivan through the centre but unfortunately his thunderbolt from 13 metres out cannoned off the crossbar with Colm Lavin beaten all ends up. Perhaps it wasn’t going to be Tipp’s day after all.

A second goal for Tipp did come eight minutes after the break though when a good run by Brian Fox resulted in the Annacarty man being hauled down for another Tipp penalty. Coolly Conor Sweeney stepped up again to repeat his master class of penalty taking. And to make matters even better, a minute later the Ballyporeen man kicked a fine point after a good delivery by Steven O’Brien to put Tipp seven up at 2-8 to 0-7 and destined it seemed for the victory.

Four points in a row in a 10 minute spell had Roscommon back to three points by the 55th minute as the Westerners fought hard to retrieve the game. But Tipp must have thought they had put a stop to that revival when Michael Quinlivan scored a brilliant solo goal in the 56th minute to again restore Tipp’s advantage to six points. Surely that was it?

In the almost 20 minutes of football that was played thereafter Tipp would manage just a single point from substitute Liam Boland while at the same time Kevin McStay’s side would amass 1-6 to snatch victory from the jaws of defeat.

The crucial score came in the 68th minute when a high ball into the Tipp area should have been dealt with and wasn’t. The play broke to Diarmuid Murtagh and the corner-forward punished Tipp with a well-taken goal. With two minutes of normal time remaining Roscommon had the lead back to just two (3-9 to 1-14).

But Tipp were now on the ropes and four points on the trot from Niall Daly, Diarmuid Murtagh (free), and two great points to finish from Conor Devaney and Donie Smith saw the Westerners victorious. Substitute Smith who only came on in the 50th minute made a huge difference, and his sideline point shortly after his introduction was a piece of class.

The result left Tipp stunned at the death, with defeat their lot after what looked an almost certain win 10 minutes earlier. It leaves Liam Kearns and his team with a huge job ahead this week with Tipp on the road again next Sunday against Clare in Ennis. Having lost at home today , a result in Cusack Park is a now must as Division 2 begins to heat up nicely. While a win today would suddenly have brought promotion to the top of the agenda, a defeat next week would suddenly have Tipperary footballers struggling for their Division 2 status.