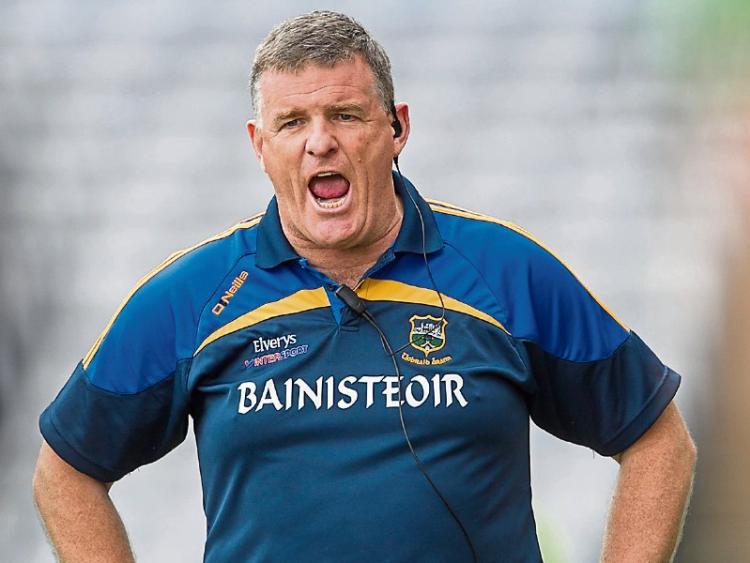 Tipperary manager Liam Kearns was well satisfied with his side’s victory over Louth on Sunday and particularly pleased with the way they went about they business from the throw-in.

Speaking immediately after the game, he began by saying...

“I thought our first 15 minutes were very good. Halfway through the first half there was a little bit of a lull and then we got on top again. I thought in the second half we managed the game very well and to keep them to nine scores I thought was pretty good also,” said Kearns.

When asked regarding the performance of individual members the Tipp manager described the win as a full team effort but when pushed specifically of Liam McGrath’s contribution, the Kerryman said.

“He kicked four good points from play but he also kicked a couple of right stupid kicks which I told him about at half-time. If he gets rid of the stupid kicks and keeps the ones he is kicking we will be happy enough.”

And on the performance of his midfield pairing of Steven O’Brien and Liam Casey, Kearns said...

“They are a good midfield partnership. They are very mobile, they are very big, strong in the air, they have everything you would want from midfielders and both of them are improving and there is more to come from them,” he added.

And about Kilsheelan’s Bill Maher, who scored his second goal in successive games, the  manager said...

“We played him centre forward the last day (v Meath). Today he was wing-back and getting forward regularly as well. But he wasn’t actually in the forwards. Bill always goes forward. Bill Maher is very good going forward. He is a very good ball carrier. And  Robbie Kiely, they are good attacking half-backs and we try to let them go and play to their strengths as much as possible,” continued Kearns.

Asked whether he was satisfield with how the league has been panning out for his team, Kearns went on to add.

“We have got everything, we have now achieved the goal which we set out and we are delighted to win back-to-back games in Thurles, that is something we wanted to do as well. Next time we will be back in Thurles is against Waterford and we will be going for three in-a-row. That is on 19th May in the championship and we have two good games now to set us up for the championship.”

But the Tipp manager was quick to shy away from any talk of promtion even though his side lie in second position on the league table with just two games remaining.

“We wouldn’t even consider promotion at this stage. We have to go up north twice in seven days. Cavan are top of the table and Down, in my view, the most unluckiest team not to be up on eight points. I thought they should have beaten Cavan last night and I thought they should have beaten Clare the last day and it should have given them eight points and put them at the top of the table. To be perfectly honest with you now I think we have two good tests and that will be great for the championship,” he added, deflecting the pressure away from his side

And on next Sunday’s game against Down, he added..

I put it to  him: “After the Meath game you said there was no point going up to Division 1 unless you are ready. Do you think this Tipperary team is now ready to go to Division 1?”

“No, not yet, I don’t think so. I think we still have a lot of work to do. They lost against Roscommon and our performance against Clare was another. Yeah, we have work to do. We are progressing all the time. But Kildare are a good team and they are under massive pressure above in Division 1 and that is the reality of it. It is up to the players now. They have two games now and if they win the two games we will be going up to Division 1 so we will just have to wait and see,” replied the manager.

Stating that he saw the two upcoming games as tests for the championship, would he be considering changing his team about for the games against Down and Cavan.