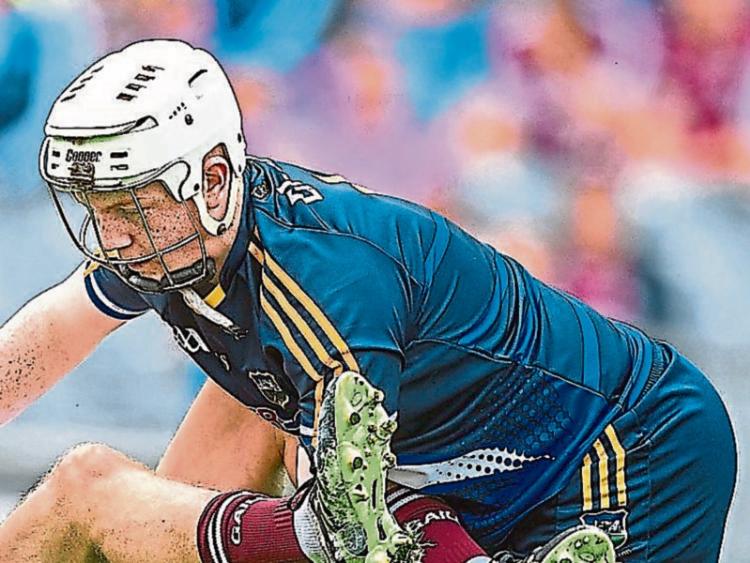 Clonmel Og's Ciaran Barrett will be in goal for the Tipperary U-21 hurlers when they play Galway in the All-Ireland semi-final in Limerick this evening, Wednesday

Last week's resignation of Tipperary senior hurling manager Michael Ryan has added an extra dimension to the All-Ireland U-21 Hurling Championship semi-final between Tipperary and Galway which goes ahead this evening, Wednesday.

U-21 manager Liam Cahill is one of the names being touted as a possible successor to Michael Ryan.

But for now his focus remains firmly fixed on this evening's game, which gets underway at Limerick's Gaelic Grounds at 7.30.

Cahill's outfit are the last remaining Tipperary men's team in the inter-county championships.

They're outsiders heading into the game against a highly-rated Galway side, but he has every confidence in the ability of his players.

“I have a lot of leaders in that group”, he says.

"My respect and admiration for these men is immense. They know that and they know they are a way better team than the way they performed in Cork" (when they were heavily beaten by Cork in the Munster Final last month).

"They are very, very adamant now that they want to prove that and redeem themselves. They know that they might be a young under-21 side, but there is quality in this team.

"There was an awful lot to like about us against a good Limerick side (which they beat in the semi-final). We need to tap back into that and see where it will take us”, he says.

He also knows that his side face a difficult assignment against an "excellent" Galway side.

Five members of the Galway U-21 hurling panel are also part of the county's senior squad that has reached another All-Ireland Final.

They are Sean Loftus and Brian Concannon, and three members of the extended panel - Jack Grealish, Shane Bannon and Thomas Monaghan.

Galway beat Offaly in the quarter-finals and saw off the challenge of Kilkenny (3-13 to 1-17) before requiring extra-time to get the better of Wexford with just a point to spare, thanks to a dramatic late goal in the provincial final.

The winners of this evening's game will play Cork - who hammered Wexford by 3-26 to 0-13 in the other semi-final last Saturday - in the final on the weekend of August 25-26.

The referee is Kilkenny's Sean Cleere and if necessary extra time will be played.