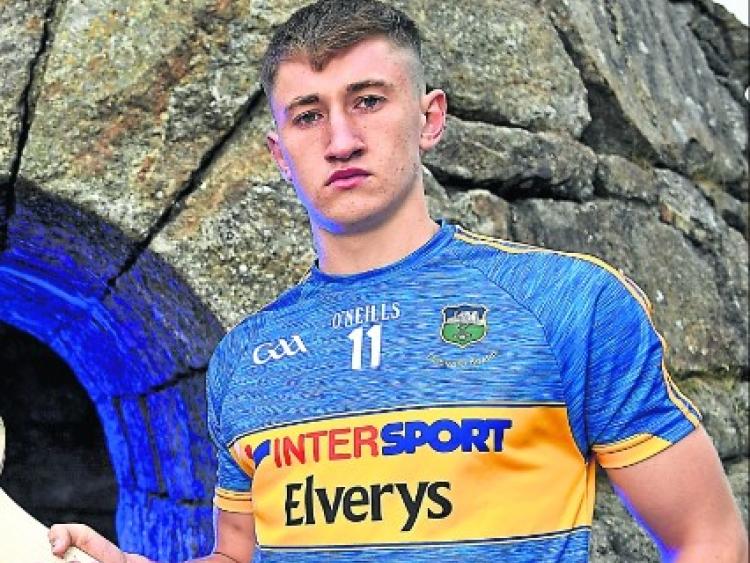 Tipperary have reached their first All-Ireland U-21 Hurling Championship Final since 2010, which was also the year of their last victory, when they beat Galway in an eventful semi-final at the Gaelic Grounds in Limerick on Wednesday evening.
They will now meet Cork in a re-match of the Munster Final on the weekend of August 25-26 at a venue to be decided.
Tipp, the outsiders, led by 10 points at half time and Jake Morris stretched their advantage to 11 points six minutes into the second half.
However Galway then took control of proceedings and assisted by a goal by Jack Canning, and an Evan Niland free, they reduced the deficit to just four points, with two minutes of normal time remaining and several more minutes of additional time to be played.
By that stage Tipp's Mark Kehoe had received a red card for a foul on Galway goalie Eanna Murphy ten minutes into the second half, which left each team with fourteen players after Galway's Brian Concannon had been dismissed at the end of the first half.
Galway had a great chance to cut the gap to a goal in the early stages of the seven minutes of additional time at a juncture of the game when they were on a roll. But having been awarded a free in front of the posts, Galway's Cian Salmon was given a red card for kicking out at Brian McGrath and the ball was thrown in.
From then the momentum swung back in Tipp's favour and they finished with a flourish, one of their star men Ger Browne putting the seal on the victory when he scored the third goal.
Tipp had other leading lights in senior player Jake Morris, who finished with 1-6 and was a constant thorn in the Galway defence; Mark Kehoe, who scored a great goal; Brian McGrath, Dillon Quirke and Robert Byrne, while substitute Conor Stakelum gave them a lift at a stage when they were labouring.
Tipp held a commanding 2-13 to 0-9 lead at half-time, and Galway had the added disadvantage of having to play the second half with just 14 players after senior panellist Brian Concannon was sent off in first half injury time for a foul on Brian McGrath.
Concannon, who was one of his team's better players, had barely taken his seat in the stand when worse followed for his side, as Jake Morris buried the rebound in the net after Galway goalie Eanna Murphy had stopped Mark Kehoe's drive.
The contest had been evenly contested until Mark Kehoe drove home Tipperary's first goal after tremendous work by Ger Browne, who showed a blistering turn of pace to break from midfield and set up the chance for the Kilsheelan/Kilcash player, who showed great composure to arrow a low shot to the net.
Tipp will now be hoping to turn the tables on Cork, who hammered them by 13 points in the provincial final.
Tipperary - Barry Hogan (Kiladangan), Eoghan Connolly (Cashel King Cormacs), Brian McGrath (Loughmore/Castleiney), Killian O'Dwyer (Killenaule), Podge Campion (Drom/Inch), Robert Byrne (Portroe 0-1), Dillon Quirke (Clonoulty/Rossmore 0-1), Ger Browne (Knockavilla/Donaskeigh Kickhams 1-2), Stephen Nolan (Drom/Inch), Colin English (Fr.Sheehys, captain 0-1), Jerome Cahill (Kilruane MacDonaghs), Paudie Feehan (Killenaule), Jake Morris (Nenagh Eire Og 1-9, 0-6 frees), Mark Kehoe (Kilsheelan/Kilcash 1-1) and Cian Darcy (Kilruane MacDonaghs 0-2).
Substitutes - Conor Stakelum (Thurles Sarsfields) for Stephen Nolan (47 minutes), Paddy Cadell (JK Brackens) for Colin English (49 minutes), David Gleeson (Ballinahinch) for Cian Darcy (54 minutes) and Ray McCormack (Borris-Ileigh) for Colin English (60 minutes).
Galway - Eanna Murphy, Ian O'Shea, Jack Fitzpatrick, Shane Bannon, Jack Grealish, Andrew Greaney (0-1), Fintan Burke (captain), Tomás Monaghan (0-3), Sean Loftus (0-2), Brian Concannon (0-2), Patrick Foley, Cianan Fahy, Evan Niland (0-6 frees), Sean Bleahene (0-1) and Kevin Cooney.
Substitutes -Cian Salmon (0-1) for Patrick Foley (half-time), Darren Morrissey for Kevin Cooney (half time), Jack Coyne (0-1) for Kevin Cooney (39 minutes), Darragh Gilligan for Eanna Murphy (42 minutes) and Jack Canning (1-0) for Sean Bleahene.
Referee - Sean Cleere (Kilkenny).