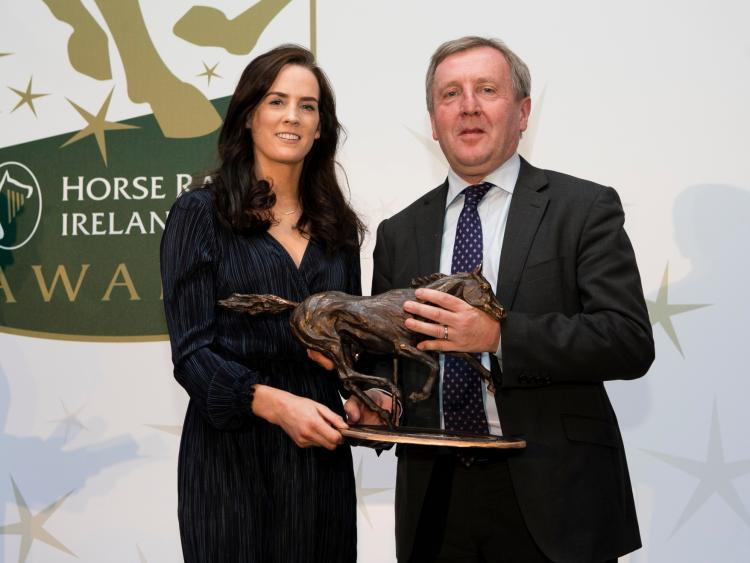 Rachel Blackmore was honoured at the annual Horse Racing Ireland awards ceremony which was hosted in Dublin this week.

Rachael Blackmore was presented with the award for 'National Hunt Achievement'. Blackmore regained her lead at the head of the jockeys’ championship at last weekend’s Fairyhouse Winter Festival when she maintained her sensational winning form. Her success on Patricks Park at the Dublin Racing Festival and three winners at the Punchestown Festival kept her name in lights as did her unprecedented treble at Tipperary in July becoming the first female rider to complete such a feat. In more recent times, Bedrock has been a grade two and a grade three winner for her.

Meanwhile Donnacha O'Brien won the flat award. In a sensational year, Donnacha was crowned champion jockey for the first time with a total of 111 winners and won his first classics in 2018 in both Ireland and England when taking the English 2,000 Guineas on Saxon Warrior and the Dubai Duty Free Irish Derby on Latrobe, trained by his brother Joseph. He also landed the Epsom Oaks on Forever Together and further group one successes with two-year-olds Ten Sovereigns, Fairyland and Magna Grecia.

The winners in ten categories, including four new awards, were announced at a ceremony which was attended by many of the industry’s leading figures. Guest of honour was Minister for Agriculture, Food and the Marine Michael Creed (TD) and guests were welcomed by chairman of HRI, Nicky Hartery.

The winners of the 16th annual awards were as follows: