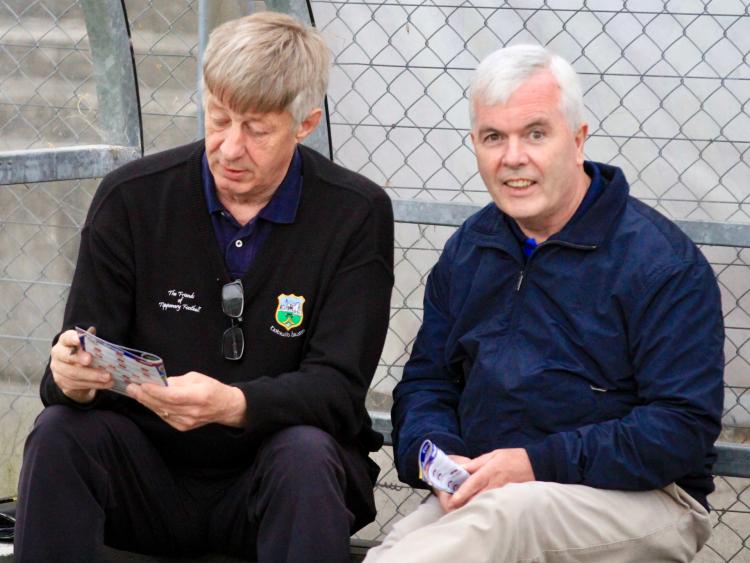 The Anner Hotel in Thurles hosted the Tipperary Football Board Convention on Wednesday night, December 12th when chairman Barry O’Brien (Fr Sheehy’s) insisted that the inter-county hurling and football teams must be allowed adequate time to prepare for their respective Munster championship campaigns.

It was recently revealed that the County Competitions Control Committee (CCC) planned to play just two rounds of county club championship games (one football and one hurling) in April 2019 (on the weeks-ending Sunday, April 7th and Sunday, April 14th) in order to allow the respective Tipperary inter-county teams time to prepare for their respective provincial championships - the senior hurling team will launch their provincial campaign on May 12th while the footballers feature in a Munster quarter-final against Limerick on May 11th.

This is a measure which Barry O’Brien agrees with. Although Mr O’Brien acknowledged at the annual Tipperary Football Board convention that the club championship was important and that clubs were entitled to play games in April the Fr Sheehy’s man insisted that the inter-county teams needed time to “prepare properly” for the Munster championship.

Reflecting on the fact that Tipperary elected to play multiple rounds of the club hurling and football championships in April 2018 Barry O’Brien argued that the poor form of both the Tipperary senior hurling and football teams was “partly down to the month of April”. Mr O’Brien said that he hoped Liam Kearns’ men would be in a position to face into this year’s championship “with all guns blazing”.

Reflecting on the 2018 Allianz National Football League division two campaign Barry O’Brien indicated that Tipperary’s main goal was to retain their status in the division, but that Liam Kearns’ talented panel of players “were good enough to get promoted”. Mr O’Brien did admit, however, that he expected the 2019 campaign to be “tougher than it was in 2018” and that Tipperary must “ensure that we retain our status in division two”.

County Board chairman John Devane (Boherlahan-Dualla) concurred with Mr O’Brien. During his address to the convention Mr Devane said that the Premier County are “good enough” to earn promotion to division one of the football league.

Barry O’Brien revealed that the proposed two-tier All-Ireland Senior Football Championship would be “good for football”, but he did not envision seeing Tipperary feature in the second tier of such a championship.

“We don’t envision seeing ourselves back in division three or four (of the league) any time soon,” the Fr Sheehy’s man explained before paying tribute to George Hannigan (Shannon Rovers) who recently retired from inter-county football. Barry O’Brien also noted that George Hannigan had already made a commitment to coach the Tipperary under-14 development squad. Mr O’Brien heralded Hannigan’s commitment to Tipperary football and said that George’s decision to work with the Tipperary under-14 development squad “shows what George is made of”.

Barry O’Brien forwarded his best wishes to the respective inter-county management teams ahead of the 2019 campaigns while he thanked David Power (out-going under-20 football manager) for his contribution to Tipperary football.

Mr O’Brien also thanked the respective divisions and the Bord na nÓg for their work while he praised the County Board who he said did “everything in its power to promote football in the county”.

During the convention Football Board vice-chairman Conor O’Dwyer updated delegates on the progress made with specific regard to the strategic plan. The Football Board are six months into their ambitious three-year plan. A series of notable milestones have already been achieved and chairman Barry O’Brien described the strategic plan as a “hugely important road map to follow”.

Barry O’Brien said that Michael Power (Newcastle) had “worked tirelessly” on behalf of Tipperary football while Moycarkey-Borris’ Michael Power described his namesake as being a man who was “synonymous with football” in the Premier County for nineteen of the past twenty years.