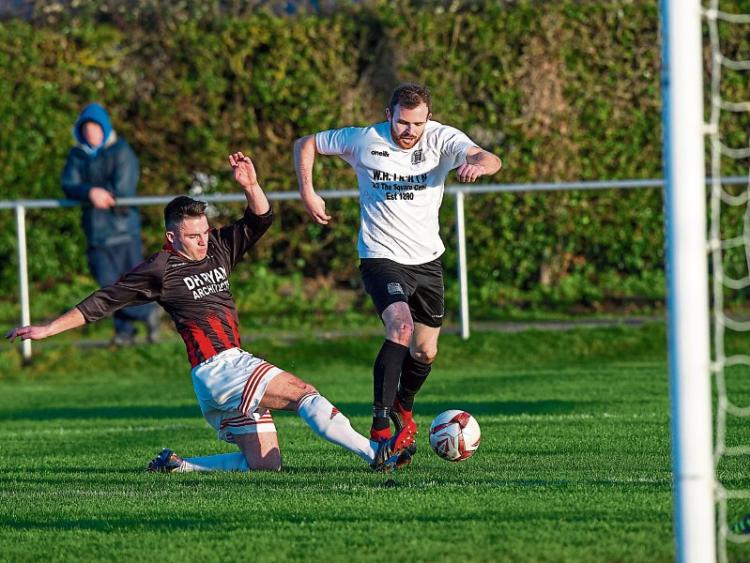 Cahir Park continued their excellent form since promotion and managed to put a spanner in the works of any Peake Villa title challenge when they gained a well-deserved point in one of the few games to survive the poor weather last weekend.

The hosts started the better and created a number of chances before being awarded a penalty kick in the 10th minute. However they were unable to convert as the visiting keeper made an excellent save to keep the sides level.

It was only a short reprieve however and Villa finally took the lead minutes later when after some good work in the middle of the pitch, Frank McKevitt was released in the Cahir area and he made no mistake.

The visitors were still coming to terms with conceding when they found themselves 2-0 down, as almost from the kick-off the Thurles side regained possession and again it was McKevitt who found himself in space and he made no mistake doubling his tally. 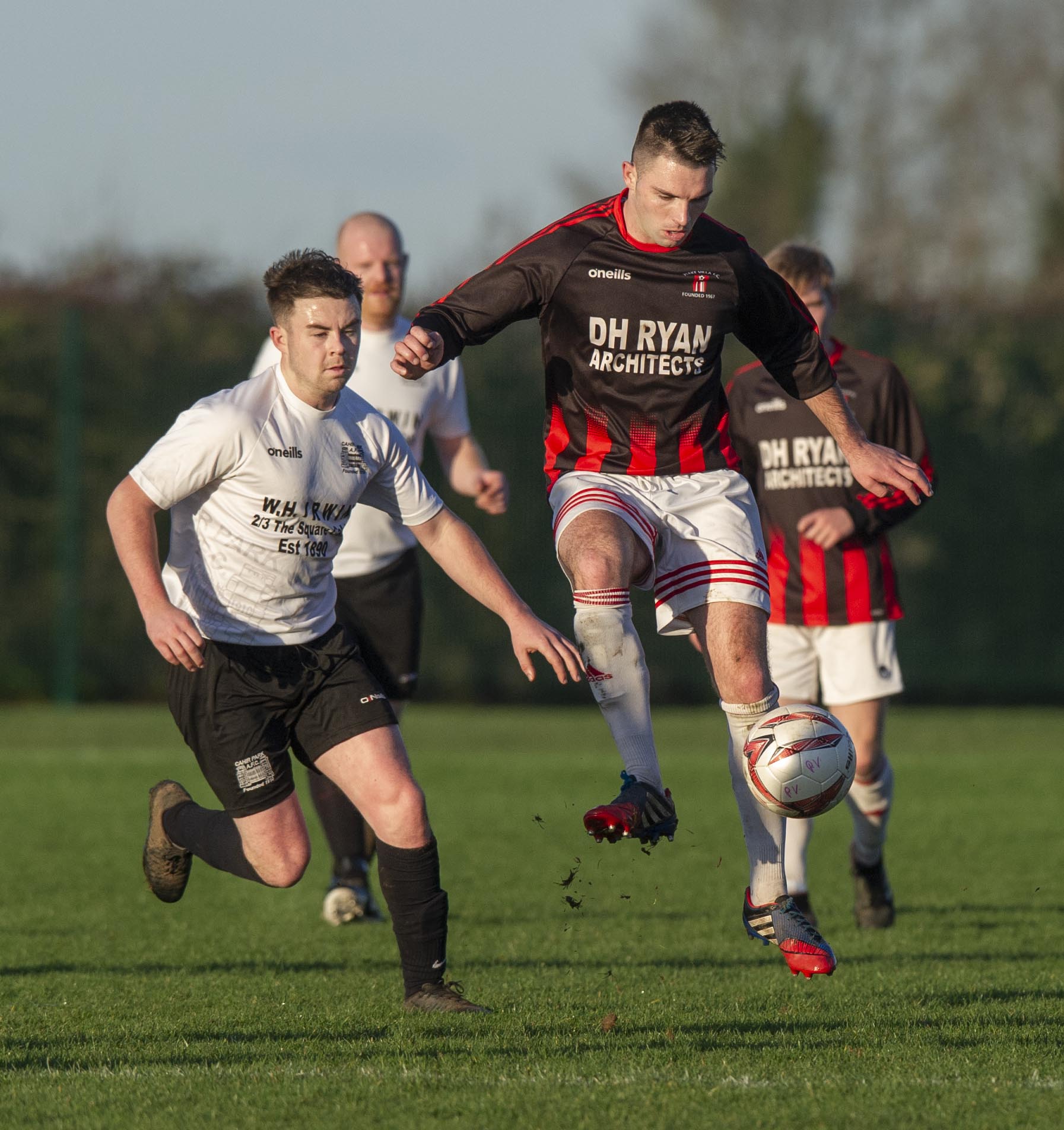 To their credit Cahir Park could have folded but didn’t, and in the 15th minute found a way back into the game when Alan O’Donnell scored from the penalty spot. The rest of the half was a pretty even affair with both teams having chances without adding to the scoreline.

The second period continued to be an even affair as both teams went for it. The home side were more often on the attack, but Cahir Park were always dangerous on the counter attack and had a number of half chances. Twenty minutes from the end, one of those counter attacks led to a deserved equaliser when Darren Murphy ran past the Villa defence and squared to Shane Murphy to finish to the bottom corner of the net.

The hosts piled on the pressure for the remainder of the game, but to a man the Park stood tall and held on for the point their display deserved.

St Michael’s tightened their grip on another Clonmel Credit Union Premier League title on Sunday last in Tipperary Town and in the process  started hammering the nails into the relegation coffin of  Old Bridge FC who will endure Christmas without a single point to their name so far this season.

Saints took a long time however to put their stamp on the game with a lot of sloppy play leading to missed chances in the early part of the game. Once they finally got their act together however they took the lead in the 13th minute when Olly O’Driscoll was the first to react to a block by Bridge keeper Liam Powell, and put the ball in the net from close in.

This was surprisingly the only goal of the half even though the hosts created numerous chance, so the Bridge must have felt at the break that maybe they might be able to sneak a goal in the second period and get something from the game.

They only managed to hold out for five minutes of the second half as they conceded a penalty kick and David Slattery made no mistake from the spot.

This seemed to deflate the visitors and only four minutes later the home side went 3-0 up when Shane Ryan was on hand to turn in a John Connery cross at the far post.

St. Michael’s then  brought in Willie Armshaw and Rodrigo Goncalves on the hour mark and took complete control of the game after that.

Colin Bargary got the best goal of the game on 71  minutes when a sublime right foot effort went in off a post for 4-0 nil advantage.

Willie Armshaw then doubled a Colin Bargary cross to bellow the back of the net net to make it 5-0 six minutes from the end.  John Connery completed a miserable day for the the Bridge with a   six when he turned to put an Armshaw cross in time added on to wrap it all up.