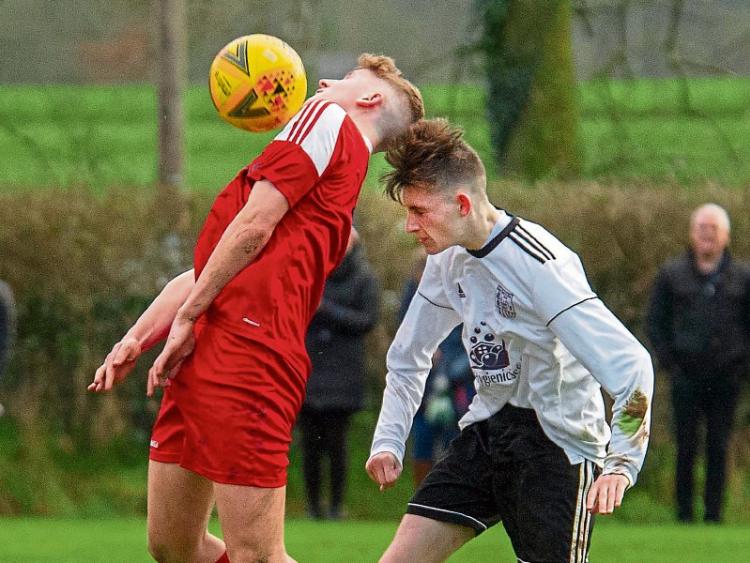 The much anticipated league decider between local rivals Burncourt / Vee and Cahir Park took place in Burncourt on Saturday last, with Cahir bridging a 37 year gap by claiming the title after a comprehensive victory.

The game started at a very high tempo between two very committed sides that knew a lot about each other, and it was the home side that had the better of the early exchanges, knowing that nothing less than a win would be good enough to keep their own slim title hopes alive. And their endeavours lead to them taking the lead when after being awarded a penalty Dean O’Sullivan powerfully drove the ball down the middle into the net. 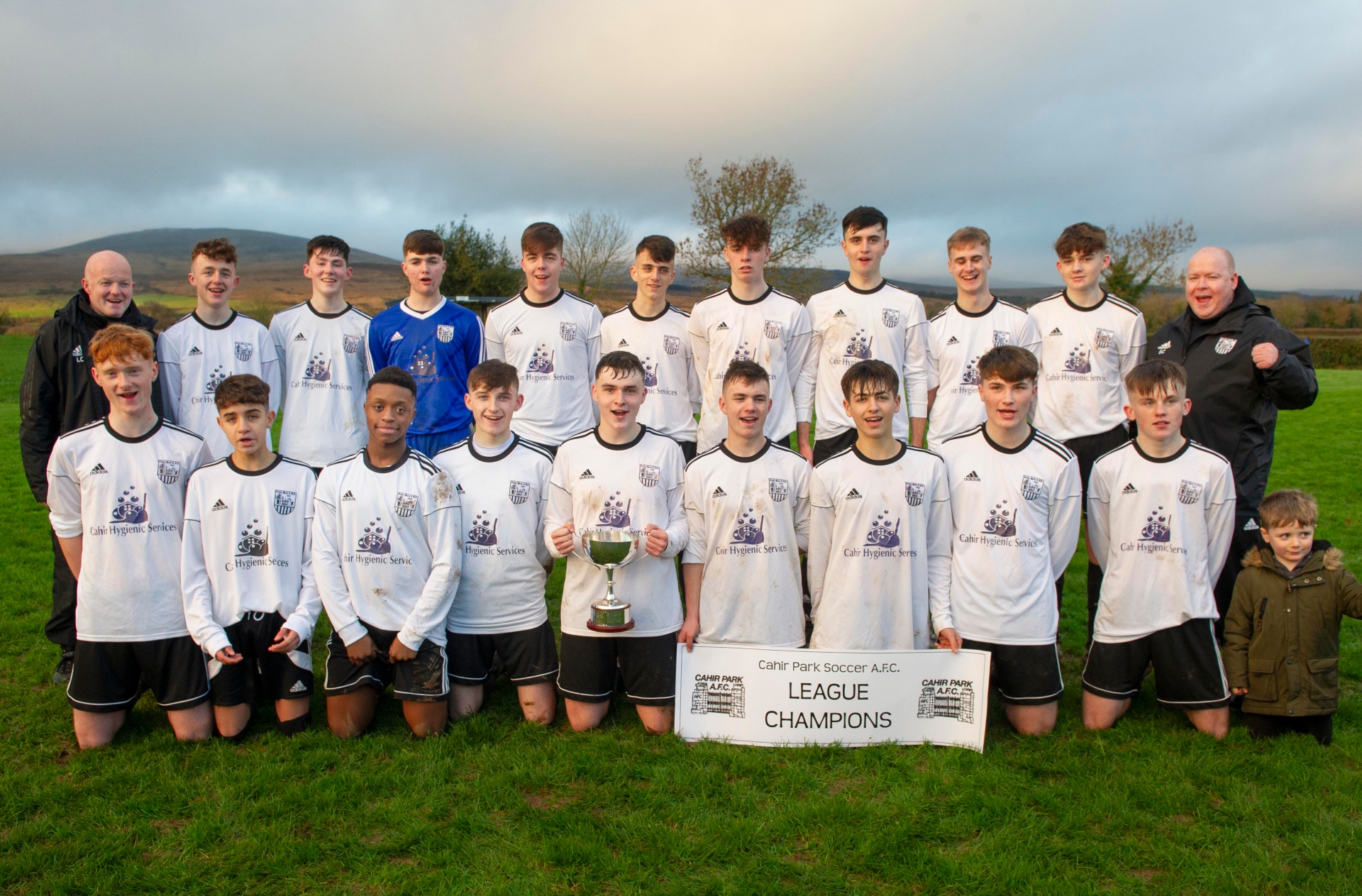 LEAGUE CHAMPIONS: The Cahir Park Youths soccer team who ended a wait since 1982 when the side were last league champions in the TSDL. On Saturday last they defeated Burncourt Celtic/Vee Rovers by 4-1 to wrap end the 37 year hiatus.

Barely three minutes after going behind however The Park were level. Rhys Byron cut into the box and was fouled and the second penalty of the game was awarded. David Brannigan made no mistake and the sides were back at parity. The remainder of the half saw little goalmouth action. Both sides looking dangerous from set plays.

The second half saw Cahir Park get more on top and enjoying more possession in the Burncourt / Vee half of the pitch.

The home side, though backed back towards their own goal looked comfortable until the 57th minute when Rhys Byron collected the ball in his own half, beat a number of defenders, and from a very narrow angle found the net to put the visitors in front for the first time.

Credit to the home side they rallied and narrowly shot wide on two occasions forcing some last ditch defending from the Cahir defence. Then came a four minute spell that would ultimately see an end to the Burncourt Celtic / Vee Rovers Challenge. Firstly on 63 minutes they were reduced to ten men when one of their midfielders picked up a second yellow and in the 67th  minutes created arguably the best chance of the game when somehow with the goal at their mercy a shot cannoned off the inside of the post and back across The Park goal only for it to be scrambled to safety.

This seemed to deflate the home side and Burncourt Celtic /Vee Rovers legs began to tire. The visitors exploited this ruthlessly and on seventy six minutes William O’Dwyer shot to the net from close range, with Park players queueing up.

The final act saw a free kick awarded 30 metres out and David Brannigan found the top corner to see the game finish 4-1, and the cup finally head back to Cahir alongside the many jubilant players, supporters and families who were waiting for this day for three decades.