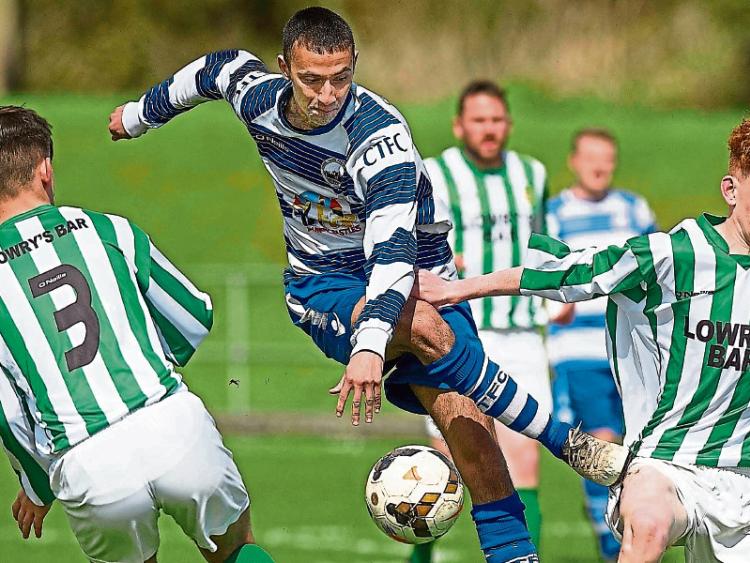 James Harding was on the mark for Cashel Town in their 3-2 over Old Bridge in the Munster Junior Cup third round game.

Cashel Town continued their long winning streak at Palmershill on Sunday, but were given a late scare from a very game Old Bridge side in a tough win that puts the club into their second open draw after many years watching some of their neighbours play big games from the sidelines.

The visitors didn’t come just to make up the numbers in this game and took the lead after only 15 minutes with a scrappy goal that was finished to the net by Rory Maher.

The home side responded well and got back level seven minutes later when Niall O’Brien got the final touch after the ball had ping ponged around the area from a corner kick.

Once level the home side took control of the game and created several chances before getting in front when a long throw from Michael McDermott was controlled by James Harding who flicked the ball over his head into the net ten minutes before the break.

That was how the game went to the break and it looked like the home side were well set to wrap up the tie early when they added a third goal five minutes into the second period with Niall O’Brien getting his second from a looping header after a cross from the right was initially well defended by the visitors.

To their credit ‘The Bridge’ kept themselves in the game, and pulled a goal back just before the hour mark with a good finish from Sean Maher at the near post after an excellent cross.

Both teams continued to create chances but neither had the quality to trouble either keeper further and the home side emerged to face Coachford of the Cork League in the next round.