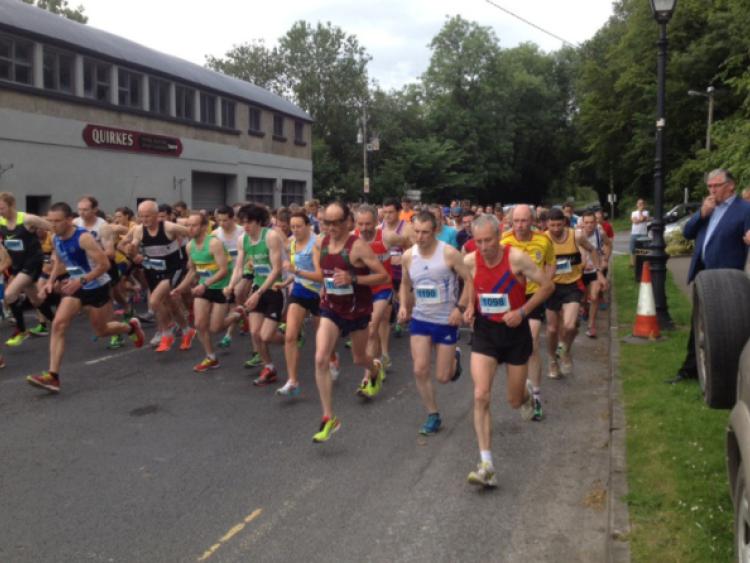 The Coillte Road Race will be a little different this year

Wednesday July 1 we would all have been looking forward to the 35th Coillte 10k road race in Dundrum. However the outbreak of the Covid 19 virus means we cannot hold the race in Dundrum this year in the normal format.

. The distances are to be completed between Wednesday 17th June and Wednesday 1st July. Entries are all online at the link https://coilltevirtualroadraces.itsyourrace.com//register you have to enter before you do the distance. We would encourage participants to register as early as possible and then do the event in their own time. All participants have to be over 18
The club has decided to donate all monies raised after costs to Tipperary Civil Defence Clonmel who are involved in helping with the Covid 19 pandemic .The Clonmel branch has also provided First Aid cover for the race every year since the first race in 1986.

This year the club has once again linked up with Niall O’Sullivan’s Premier Timing Systems for results data. Participants have a number of options to feed back details of their run to Niall for him to create a result sheet for both distances. See information on this via race flyer on the above link or at Dundrum AC, Premier Timing Systems and other relevant Social Media .
The club is delighted to have Coillte once again as our main sponsor. With Dundrum surrounded by trees and forest trails for running and walking developed by Coillte over the years it’s appropriate that Coillte are involved with us in the healthy sport of running - they have been involved in this race every year since it was set up in 1988.

For Tipperary athletes there is the added incentive of the Tim Crowe Memorial trophy (kindly donated by Dominic Moore) for the fastest Tipperary athlete in the 10k.The present holder been David Mansfield Clonmel.

Michael Hassett St Catherines has had the most number of men’s victories with six wins. While in the women’s race Siobhan O’Doherty Borrisokane is in a class of her own with her twelfth win achieved last year. Kevin Moore is the only local club athlete to have won the race in its 34 year history achieved in 2014. Dymphna Ryan also from the local club has had a hatrick of excellent second places between 2013 and 2015.