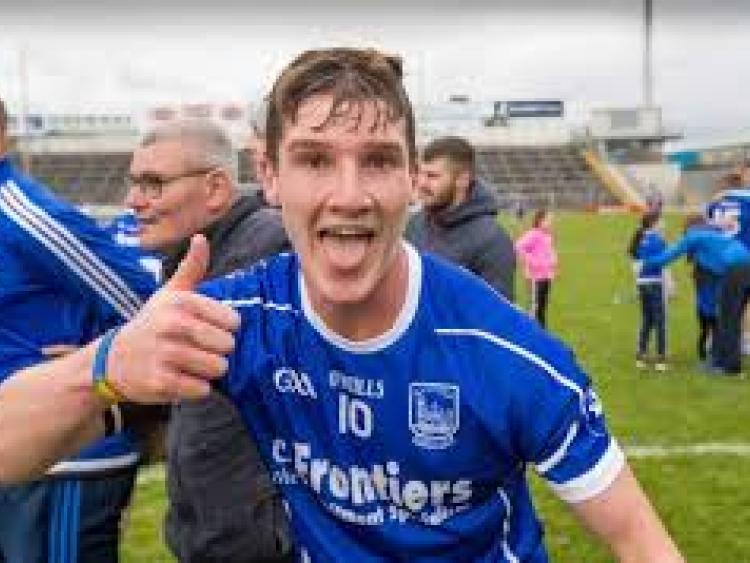 A blistering last quarter  from Thurles Sarsfields which yielded 1-8 as opposed to 0-1 from their rivals Kilruane MacDonagh, saw the honours stay in the mid division in this first round FBD Insurance county senior hurling championship tie at Holycross this afternoon.

Being billed as one of the games of the round, it certainly lived up to expectation and for a long time it looked as though the north men had the initiative. However, the second half water break was to prove crucial - Sarsfields were four in arrears 1-12 to 0-11, but they were to hit 0-7 without reply upon resumption and a late Denis Maher goal gave them a six point cushion to secure the win.

A fine Kian O'Kelly goal had helped Kilruane MacDonagh to a 1-7 to 0-8 interval advantage with one of the main talking points being the return of Tipperary hurler Billy McCarthy to the fold after a two year absence through injury. The Sars' attacker had a fine game, capping it with two second half points, while the introduction of Michael Gleeson and Lar Corbett also added bite to the Sarsfields challenge in the second half.

Kilruane MacDonagh were disappointed to have relinquished the advantage so tamely and they will point to their tally of eleven wides as not helping their cause - Sarsfields had 9 wides in the game but will point to the defensive acumen of Cahill, Padraic and Ronan Maher; and the forward play of McCarthy, Aidan McCormack and Conor Lanigan as being key to their victory which did not seem likely at the end of the third quarter.