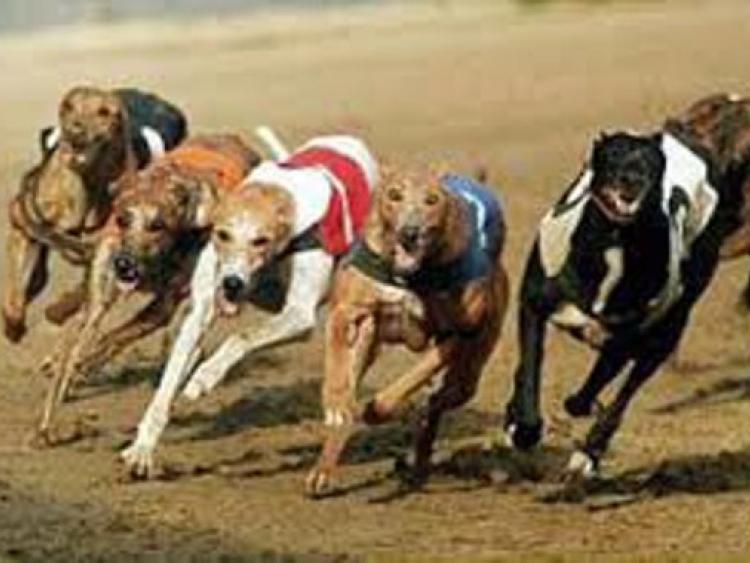 All the action and news from Thurles track

All the action from Thurles track

It was a cold start to the new season at Thurles Greyhound Stadium on Saturday evening last but on a circuit that was not conducive to fast times, the honour of commencing the season as the first winner of 2021 would fall to a debutant in the opening ON3 525 and seizing her opportunity in a smart event was Maria Kennedy’s Destiny (Sonic-Slaneyside Zaoa) when just about leading throughout a hugely impressive victory.

Breaking smartly from trap 1, the April 2019 whelp immediately contested the lead with Double Pay while drifting towards the centre of the track on the run to the first turn. Sweeping the bend at pace, the Kennedy pup galloped impressively to the backstraight when building a decisive lead over that same rival.

Holding her two and a half-length winning margin before reaching the halfway point, that deficit fluctuated only marginally thereafter as Destiny kept a gallant Double Pay at bay in a fastest of the night 29.65 (-50) and looks another smart pup for her prolific connections.

Re Re finds ready progress
Next best over the 525 yards, John Mckenna’s bright young prospect Rossestown Re Re (Droopys Sydney-Littleton On Air) further warmed the action when displaying pleasing progression for a maiden victory at the second time of asking.
Just a September 2019 whelp, Rossestown Re Re was a close-up third in her December debut and having caught the eye when staying stoutly then, she duly built on that experience when finding an improved break to immediately contest the lead in Saturday’s A8 525.

From trap 2, the McKenna pup raced on the inside of a line of three runners in the early exchanges but showing smart pace to command the inside rail approaching the bend, she turned with a one length lead before extending her advantage to the backstraight.

Tight for most rivals in behind, it was Leamaneigh Lost who chased the leader to halfway and although the deficit did alter at various points throughout, the latter was never much closer than the winning margin of three and a half lengths. Displaying an impressive all-round gallop, especially approaching the closing bends, Rossestown Re Re was always in command while posting a very smart 29.71 (-50).

Emotion running high
Previously highlighted here as one to watch, Kevin Loughnane & Liam Hickey’s Emotion (Skywalker Farloe-Cabra Roxy) had caught the eye in each of her three runner-up placings since debut victory and certain to relish a first step beyond the standard trip, duly delivered her second victory in Saturday’s A5 570-yard contest.

Just moderately to stride, the October 2018 whelp nonetheless appreciated her rails pitch from trap 1 when pacing up well on the inside of Cabra Tyson and Flashy Fifi before forcefully striking the front at the opening turn. Settling the race when bounding clear to the backstraight, Emotion enjoyed a solo passage thereafter when holding five lengths over a rallying Flashy Fifi in 31.90 (-50).

A second 570 contest on the night came in A2 grade and saw a return to winning ways for Jimmy Nevin & Aoibheann Byrne’s Burrow Tiger (Droopys Jet-Hoof It Katie) on his latest venture back to the Premier circuit which he has always harboured a liking for.

An A3 winner over the same trip last season, his fifth career win came in brave fashion as he was embroiled in an entertaining tussle with the plucky Myahs Friend from trap rise. The latter just shaded the early exchanges when repelling Burrow Tiger by a length to the opening turn and retained that advantage to the backstraight.

Inching closer on the approach to the closing bends, it was Burrow Tiger who would effectively settle the buckle when impressively striking the front on the outside of Myahs Friend upon turning and repelling that rival’s late rally, the Nevin trained winner held a one length advantage at the line while posting 31.95 (-50).

You could throw a blanket over the winners on the remainder of the card but next best over 525 yards on Saturday was Pius Hennessy’s Vics Vicky (Ballymac Vic-Vics Romance) when scoring a first race victory at fourth time of asking in her A3 event.
Following a bold bid in the same grade last time, the November 2018 youngster showed smart early dash once again to repel Montore Joe and Rememberthetitan for a first bend lead and Vics Vicky would ably repel the late attentions of the last named in a game one length verdict while posting 29.90 (-50).

Ample conpensation for Paddy
Paddy Hennessy may have been disappointed to lose out in the headline event but there was ample compensation for the kennels in the A6 525 when Leamaneigh Largo (Tyrur Big Mike-Leamaneigh Sive) showed the benefits of his debut outing when progressing to a first career win.

With a wide seed applied, he proved ideally suited to the striped jacket of trap 6 and broke best before reaching the bend with a clear length to spare. Sweeping to a four-length lead over Rahyvira Spice at the top of the backstraight, Leamaneigh Largo extended further clear to the closing bends before repelling the late rally of that same rival by three and a half lengths in 29.96 (-50).

The remainder of the night’s action brought a second A5 success in a sixth career start for Margaret Barrett’s Na Coimini (Rio Quattro-Lavally Sarah) when catching the eye with powerful backstraight pace after a poor start. Striking the front at halfway, the August 2018 whelp ran out a ready two-length winner over the running-on Kilrush Joy in 29.99 (-50).

That winning time was matched in the A4 525 when reserve runner Tekapo Proposal (Droopys Jet-Aunty Valerie) for Emmet Quinlan also recovered from a poor start to strike the front at halfway. Overhauling pacesetter Theresmybook, he held two and a half lengths over that rival at the line when posting 29.99 (-50) for the in-form Diarmuid Quinlan kennel.

The second A5 525 on Saturday brought the tightest finish of the night in a thrilling eighth career win for James Treacy’s Montore De De (Head Bound-Montore Lady). Chasing Night Rebel at a two-length deficit to halfway, the Treacy charge steadily closed to the home straight before gaining a last gasp verdict by a shorthead in 30.15 (-50), with Downbytheabbey joining the photo-finish when just the same margin back in third.

Concluding the action in the A2 525, Dominic O'Brien & John Meelam’s Dashing Star (Good News-Tomahurra Cloud) scored a second win from his last three starts when gamely recovering from a first bend bump to strike the front in thrilling fashion on the home straight.

Fourth to the backstraight with three lengths to recover, the October 2018 whelp closed steadily before sweeping wide and fast on the run to the line for a brave three-quarter length verdict in 30.09 (-50) for trainer John Byrne.

Top Performance
With fast times never likely on Saturday, the debut victory of Destiny in 29.65 (-50) marks her a runner to note with imminent progress highly likely.

One To Watch
With the pair eight lengths clear of the third placed runner, Leamaneigh Lost could feel aggrieved at running into Rossestown Re Re in A8 company and despite a rise for her second placing, she can be of interest in just her third career start next time.