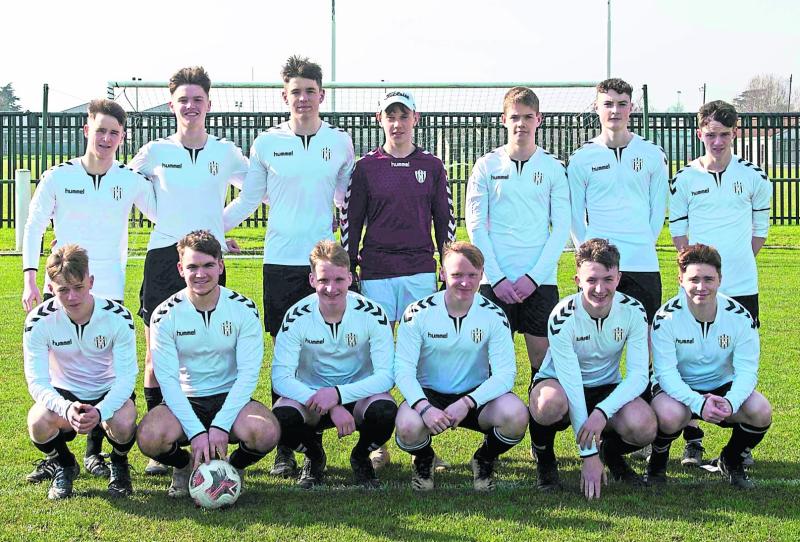 The Galbally United Youths team whose great Munster Cup run came to an end on Bank Holiday Monday against Douglas Hall in Cork.

TSDL Youths side Galbally United’s fairytale run to the semi-final of this year’s Munster Youths Cup came to an end in Cork on Monday afternoon when they went down bravely to an excellent Douglas Hall side, who they matched for footballing quality but, alas, not for clinical finishing.
Both teams had their chances in a very open first half, but it was the Cork side who opened the scoring in the 28th minute when they took advantage of Galbally having committed to an attack to break downfield quickly, and catch the visiting side’s defence flat-footed.
After that the home side played a game of cat and mouse with the TSDL side, allowing them plenty possession of the ball, but defending comfortably and not giving up and clear chances at the back. As the game inexorably wound down, they managed to find the knockout punch once again on the counter, when they were awarded a penalty kick nine minutes from time, which they despatched to get the second and insurance goal and guarantee their passage into the final.
It was a somewhat cruel result for the visiting side, but they will have fond memories of a great run, where they more than showed they were capable of going toe to toe with any side in the province.