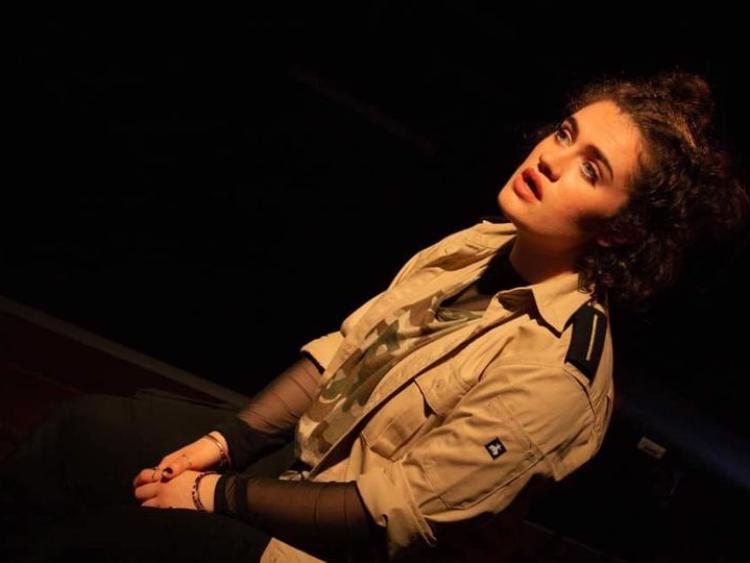 Thurles lady Katie Taylor was the toast of the Tipperary musical theatre scene as she scooped a prestigious AIMS Award on Saturday evening, as Best Actress in a Supporting Role, with Cork Institute of Technology.

Katie, daughter of Donal and Maria (McElgunn), Sarsfields Street, Thurles played the part of John the Baptist and Judas in the colleges production of Godspell and such was the magnificence of her portrayal that she fought off very stiff opposition to scoop the prestigious award, which was presented in online format this year.

Normally the Association of Irish Musical Society Awards are presented in the INEC in Killarney and would have in excess of 1,000 in attendance. But Covid 19 put paid to all that and it also had a huge affect on the staging of shows throughout the country with Katie's home societies Thurles Musical Society, and Phoenix Productions, both going by the way side.
Katie was joined by Tipperary Musical Society in the winners enclosure as the Best House Management Award was captured by TMS - a fitting award considering the huge efforts the society goes to, to ensure that the theatre is in ship shape for their productions.

Thurles Musical Society Director Oliver Hurley was also nominated for Best Director with Shannon Musical Society and their production of Shrek for which there was also a nomination for another former TMS Director, Aodhán Fox.

While the awards were virtually held, virtually every award recipient, having gotten over the joy of being chosen as winner, expressed the hope that musical theatre can return to the stage again in 2021 - something which looks decidedly uncertain right now.