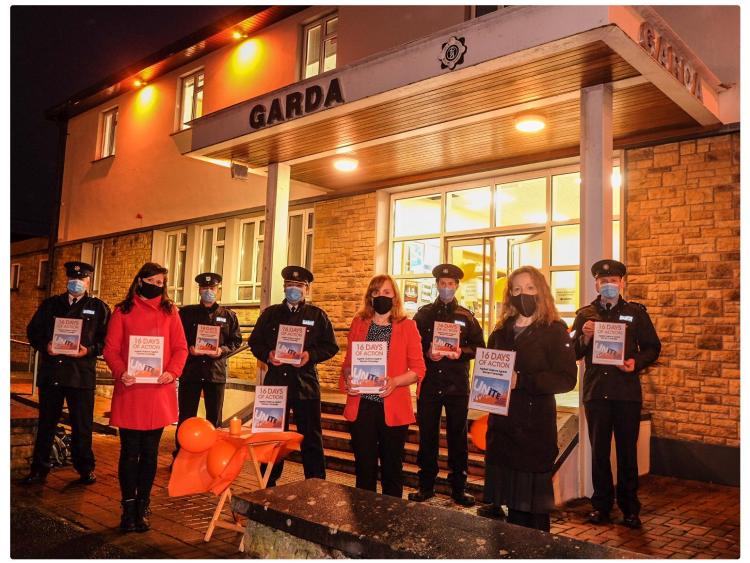 The aim is to raise awareness and take action to end violence against women and girls.

Thurles Garda Station has collaborated with Ascend to highlight domestic abuse by lighting up the building in a bright orange colour until December 10th.

As the world retreated inside houses due to the lockdown measures to curb COVID-19, there has been an increase in the existing pandemic of domestic violence.

“We are delighted and proud to be hosting Orange Day again here in North Tipperary for the fifth year running. It has become a powerful and important tradition here in North Tipperary and many services welcome the opportunity to take part. We especially have a good uptake from our statutory services such as the Gardai and Courts service for which we are very grateful”, said Ascend Co-ordinator, Kathleen Maher

The aim is to raise awareness and take action to end violence against women and girls. Ascend Domestic Abuse Service is preparing for what it anticipates could be a further surge in calls in the run up to Christmas from women who have been contained with their abusers in their homes in Tipperary during the Level 5 lockdown.

Women experiencing domestic violence and coercive control, and those close to them, are encouraged to connect with Ascend Domestic Abuse in North Tipperary and Cuan Saor in the South of the county for free & confidential support.