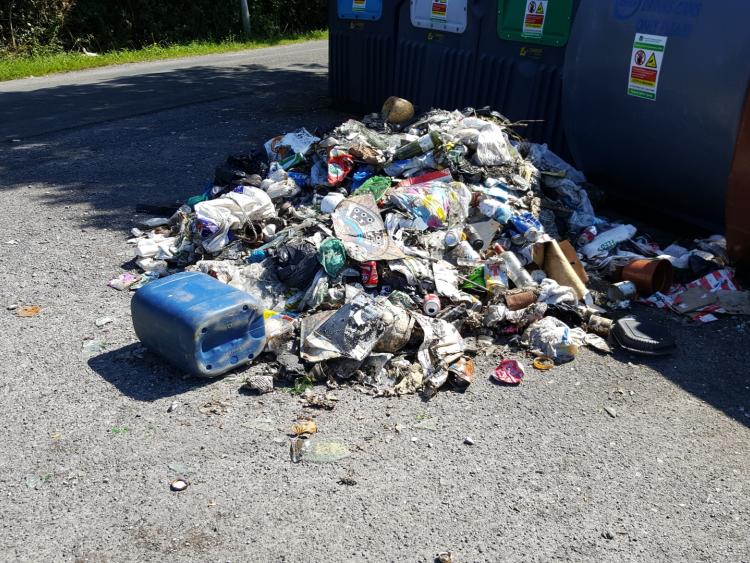 Dumping is occurring throughout the District councillors say

Just nine prosecutions have been secured by the council, members heard

Members of the Thurles Templemore Municipal District Council have appealed to management to come up with some other means of dealing with illegal dumping, as, according to them, current procedures are simply not working.

The matter was discussed in great detail at the January meeting of the council, which was held by Zoom this week, with members expressing their frustration at the constant barrage of illegal dumping which is taking place all over the District.
The council has spent in the region of €50,000 in 2020 dealing with clean-up's of illegal dumping sites, with some 8 locations having been cleaned up in December alone amounting to almost 2 tonnes of rubbish. Members expressed the view that the dumping has increased exponentially since the lockdown periods began back in March 2020, and they have called for a different approach in a bid to deal with it.

Cllr Peter Ryan noted that just nine prosecutions have been followed by the council and he questioned if a mediation process might be a better approach as going to court can be very time consuming and costly. He told Environmental official Marian O'Neill that there is surely a better, more expedient way of dealing with offenders rather than spending long hours going through the court process.

Cllr Sean Ryan described the dumping scourge as being “rampant” and he offered the view that offenders should be dealt with and dealt with very forcefully.

“It is absolutely disgraceful to think that somebody would just pull up on the side of a road and dump their rubbish in a gateway or in the ditch. We, the council, get it in the neck then from the general public when this happens and everybody is up in arms and I have no doubt but that this dumping has escalated during the lockdown. We need to send out a message now that this is not acceptable and that we will prosecute offenders,” he said, before suggesting that the council might make litter picking equipment (gloves, bags and pickers) available to communities who wish to gather litter for the council to take away and dispose of.

Cllr Seamus Hanafin pointed to the number of coffee cups and fast food wrappers which are being dumped in Thurles Town Park and in the new car park off Liberty Square while Cllr Eddie Moran highlighted dumping problems in both graveyards in Templemore where dogs are roaming about freely – a similar problem exists in Railway View also, he said.
“We need to name and shame the offenders. It is the only way to stop this carry on,” Cllr Moran said.

Councillor Micheal Lowry said that he cannot understand how the illegal dumping and littering issues continue to crop up time and again, especially considering that the current generation is the most educated when it comes to environmental issues. Programmes have been run through schools for many years, he said, but he did feel that more dialogue is necessary with stakeholders in order to ammend the cumbersome prosecution process – this can only be done at departmental level and he encouraged the council to pursue this course of action.

Councillor Shane Lee mentioned a number of dumping hotspots in the Roscrea area and said that there seemed to be far less dumping when the local authority was looking after waste collection. Meanwhile Cathaoirleach, Cllr Noel Coonan added that fast food wrappings are being dumped outside Roscrea and outside Templemore at the same locations all the time – people simply throw them out the car window when they have finished the food, he said, and he criticised those who do this.
Ms O'Neill shared the frustration of the councillors as expressed through their comments and said that the local authority is open to any new ideas which may help to curb illegal dumping and littering.

She informed members that going to the courts is the very last resort in a long process of mediation, but added that if the council cannot find evidence of who dumped the rubbish, they cannot bring anybody to heel over it. The council will continue with their anti litter initiatives, she said, and can increase the Keep Tipp Tidy signage on approach roads to towns in a bid to curb the acts. However, she said that placing bins in graveyards, as suggested by Cllr Moran, does not work as they tend to get filled up with domestic waste.