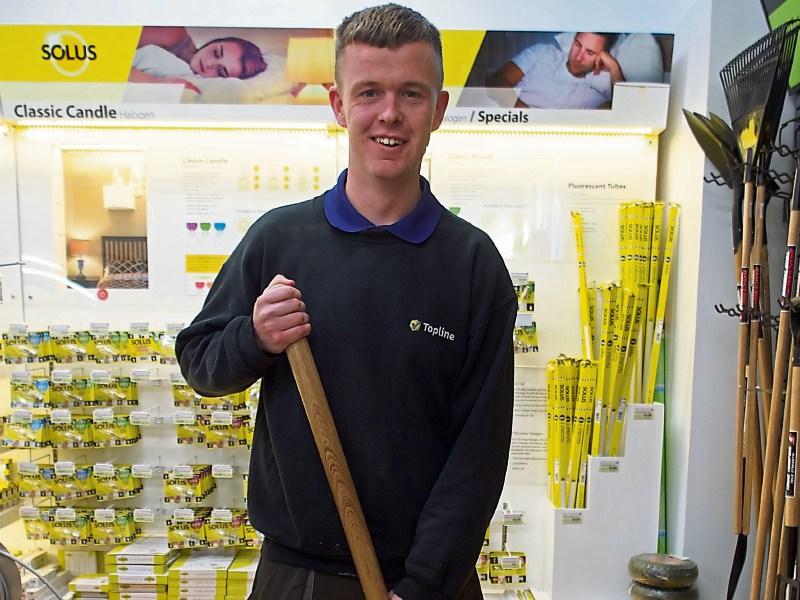 A Carrick-on-Suir hardware store worker was a finalist in a nationwide builders merchants excellence awards competition.

Tommy Nolan works at Topline Cleary's Hardware Store on Carrick-on-Suir's Clonmel Road and was a finalist in the Rising Star award category in the Octabuild Builders Merchants Excellence Awards at  the Aviva Stadium in Dublin on November 7.

He was among 13  workers at builders merchants around the country   nominated for the award. He was nominated by  Topline Cleary's proprietor John Phelan.

Tommy thanks John and all his colleagues for their support. He  started work at the store over 3 years ago initially on a JobBridge Scheme and was then made a full time staff member.

He has now progressed to working on stock control in the shop. He enjoys the responsibility of his role and sees every day as a new challenge.