Female walker injured in the Comeragh Mountains is airlifted to hospital 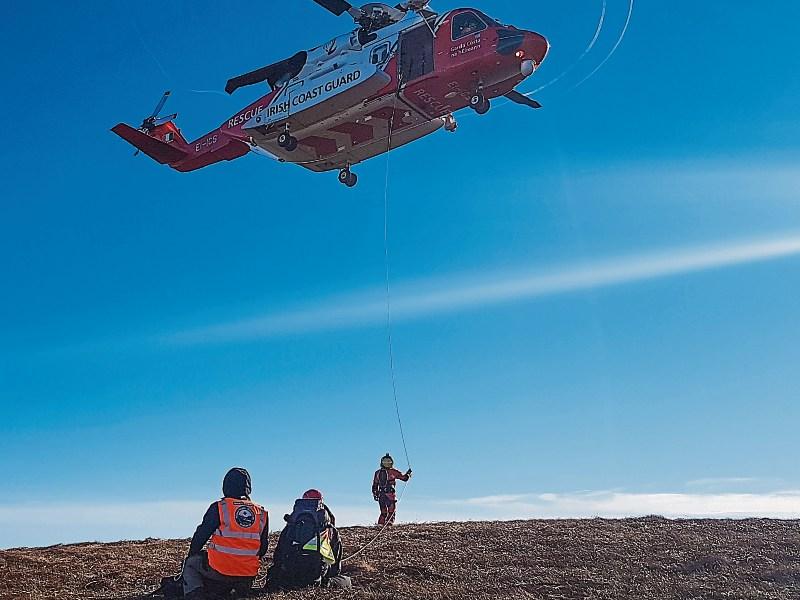 A female walker injured while hiking in the Comeragh Mountains yesterday (Monday) morning was airlifted to hospital by the Coastguard helicopter.

The South Eastern Mountain rescue team was called out at 10.15am yesterday to assist the walker who fell and suffered a serious leg injured high about Coumshingaun Lake in the Comeragh Mountains.

“Coastguard Rescue 117 was able to put a paramedic member of their crew near the casualty scene but unable to winch the casualty directly from that location,” explained a SEMRA spokesperson.

“One of the SEMRA team members made his way directly to the casualty site while two other members en route up the mountain were winched aboard R117 and brought to the scene of the incident.

“The three SEMRA members assisted the Rescue 117 paramedic to load the casualty in the stretcher. The stretcher was then carried about 100 meters to safer ground where it was winched into the helicopter.

“Members of SEMRA provided assistance with the hi-line to control the winching up of the crew member and the casualty. The winching operation was completed at 12.40pm and all team members were off the mountain by 1.50pm.

The casualty was brought to Waterford University Hospital.