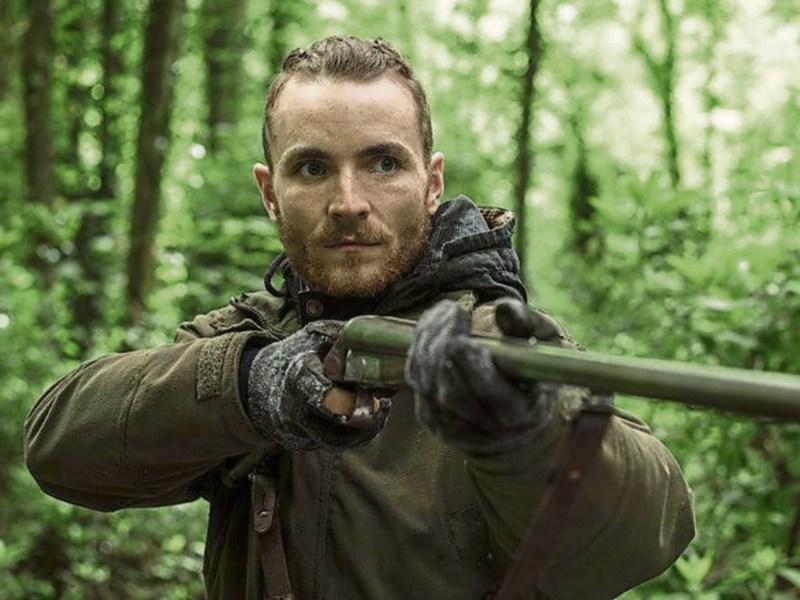 The Source Film Club will host a screening of 'The Survivalist' in The Source Arts Centre in Thurles on Wednesday, June 8th at 8pm.

A man trying to survive in a post-apocalyptic world finds his way of life threatened by the arrival of two strangers whose true intentions are unclear in Stephen Fingleton’s intriguing thriller 'The Survivalist'.

Set in a collapsed future in which food supplies are dangerously low and it’s hard to know who to trust, a loner (Martin McCann) lives in a cabin deep in the forest where he uses what resources he has to survive. Although he has managed to eke out some kind of existence for himself, it’s clear that loneliness and the constant fear of attack by strangers prey on his mind.

One day a woman named Kathrine (Olwen Fouere) and her teenage daughter Milja (Mia Goth) show up asking for help and a place to stay in exchange for certain favours. 'The Survivalist is initially wary; however, he eventually accepts them into his life. But when hidden dangers begin to emerge, the Survivalist is drawn into a battle for everything he has.

Filmed in Northern Ireland 'The Survivalist 'offers an intelligent and thought-provoking take on the post-apocalypse genre.

'The Survivalist' will be screened in the Source Arts Centre in Thurles on Wednesday, 8th June at 8pm. Tickets are priced €9 (€7 with concession or €5 for film club members). For further information please contact the box office on 0504 90204 or visit thesourceartscentre.ie.