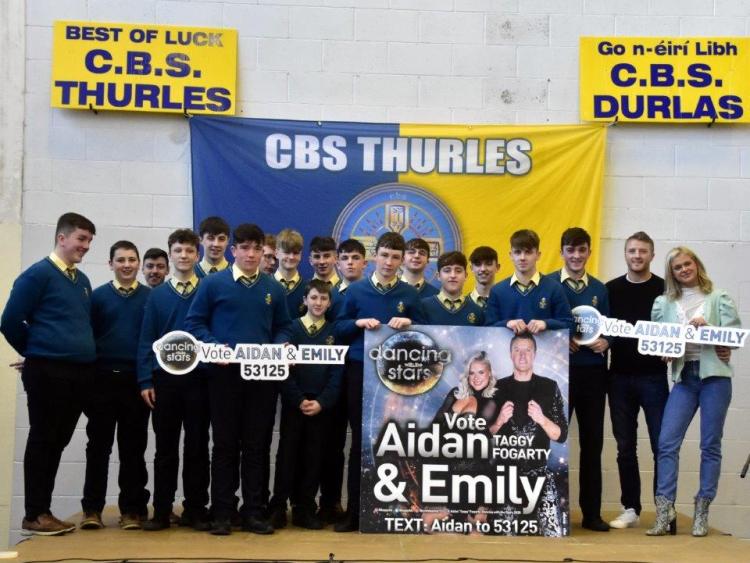 All Ireland winning hurler Aidan ‘Taggy’ Fogarty has proven his skills on the GAA field and now he’s impressing on TV screens every Sunday night on RTE’s Dancing with the Stars.

The eight time All Ireland winning hurler took time out of his busy training schedule last week to thank the students of Thurles CBS, the Ursuline, Scoil Ailbhe and Presentation Thurles for their unwavering support to him throughout the competition. 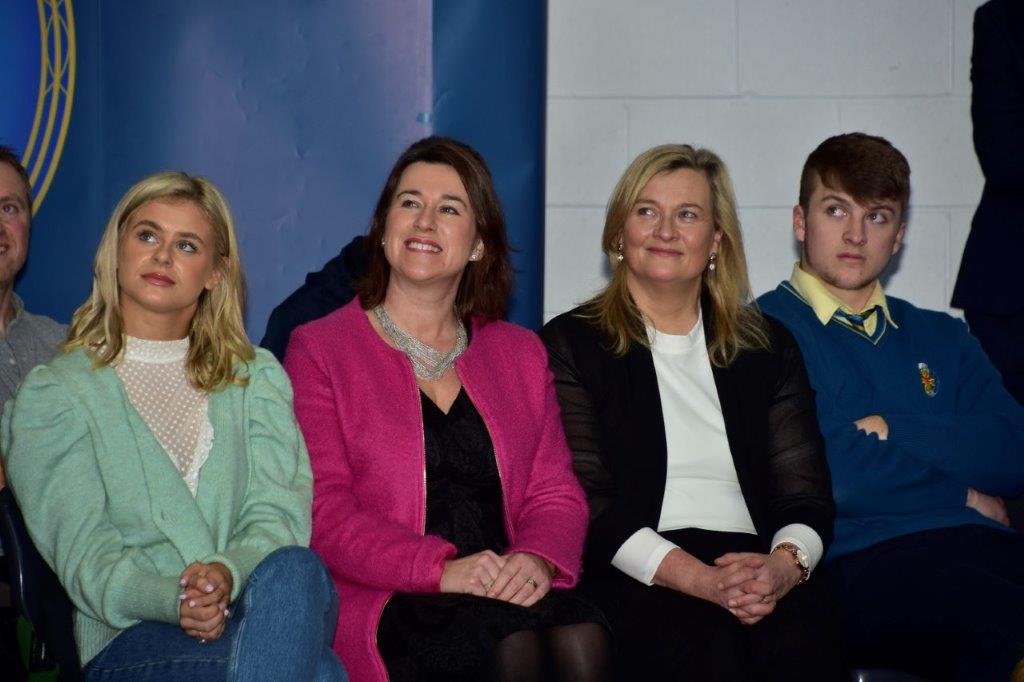 Despite only receiving the call that Aidan and his pro dancing partner Emily Barker would be making an appearance at his former alma mater on Tuesday night, Thurles CBS pulled out all the stops to create an energetic welcome for the All Ireland winning hurler on Thursday morning. 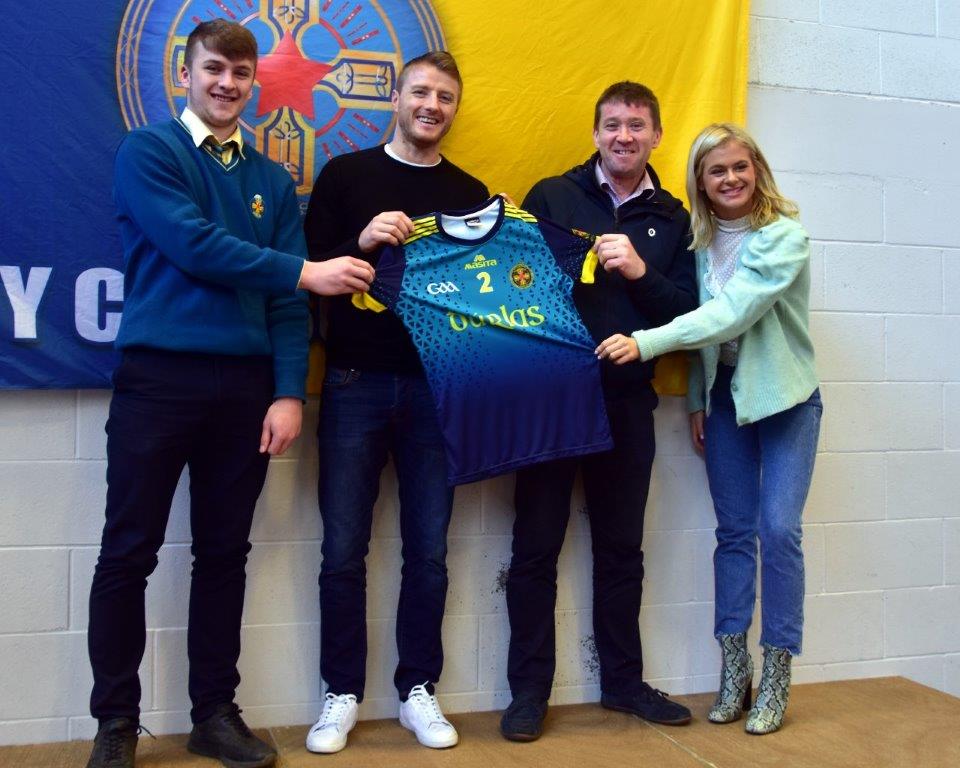 Students performed a medley of songs while two intrepid students, Robbie Keane Butler and Tom Maher, decided to show Aidan and Emily a few dance moves of their own. Also among those in attendance were several of Aidan’s former teachers and coaches who described the Urlingford native as a brilliant ambassador for the school both on and off the pitch.

During the reception Emily and Aidan happily posed for photos with students and staff before being presented with a school jersey. Aidan spoke passionately to the students encouraging them to go after their dreams and not to let others influence what they want to achieve. 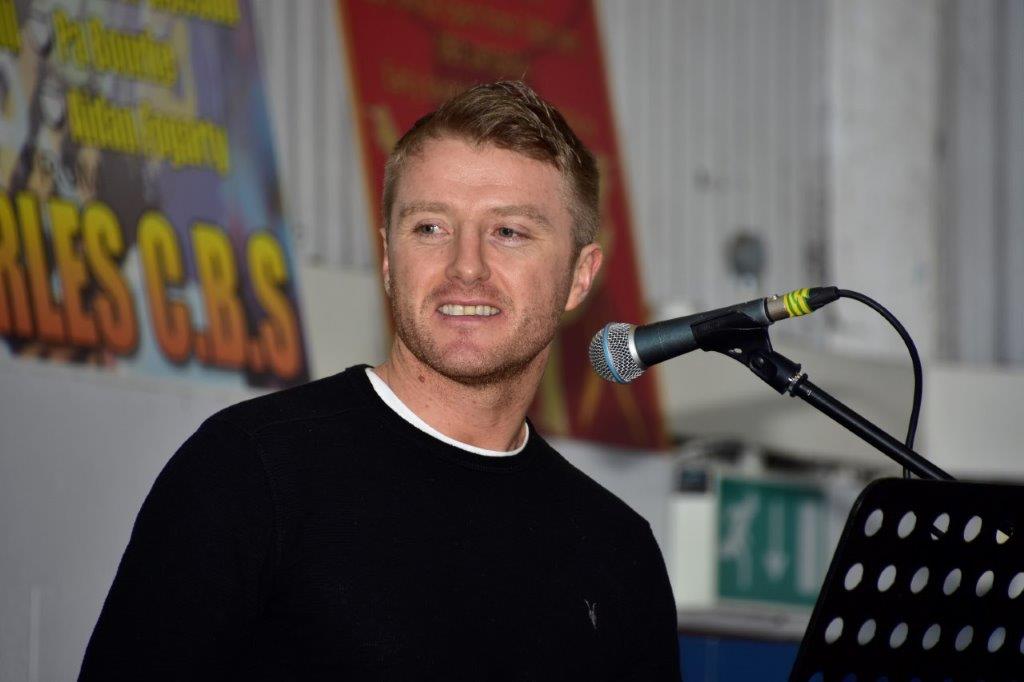 “I never thought I’d be back here talking about dancing,” Aidan told the attentive audience, “but its the best experience I’ve ever done.”

“If you believe enough, act with honesty and determination, you can do what you want to do,” he said.

After fielding questions from the audience (including a brave Scoil Ailbhe pupil who asked was he disappointed to see Kilkenny lose out in last year’s All Ireland. For the record, a diplomatic Aidan answered that he felt Tipperary deserved the win) the duo were back on the road to continue rehearsals for Sunday night’s show. 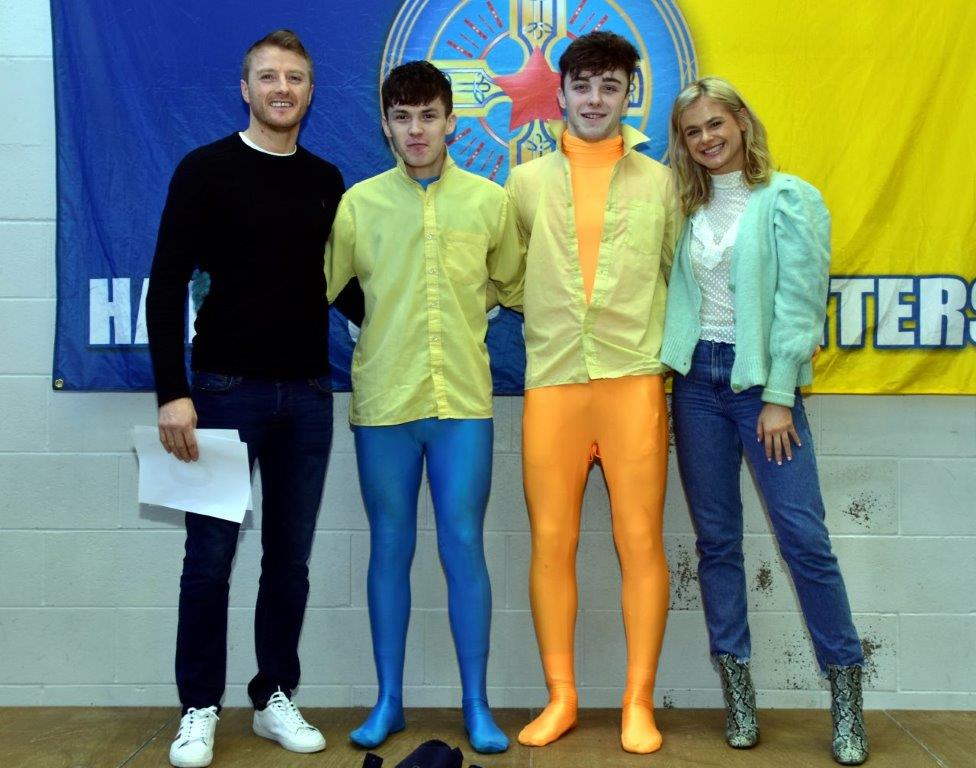 Throughout the series Aidan has proven himself to be a fan favourite, receiving high praise from the judging panel and pro dancer Emily who says she was pleasantly surprised with Aidan’s timing on the dance floor.

The pair endure a gruelling training schedule every week with rehearsals in the studio from 10am to 5pm, five days per week.

On Sunday night’s show the pair secured a whopping 25 points for their American Smooth routine to take them through to the semi final of the show alongside Ryan Andrews and Giulia Dotta, Lottie Ryan and Pasquale La Rocca, Gráinne Gallanagh and Kai Widdrington.