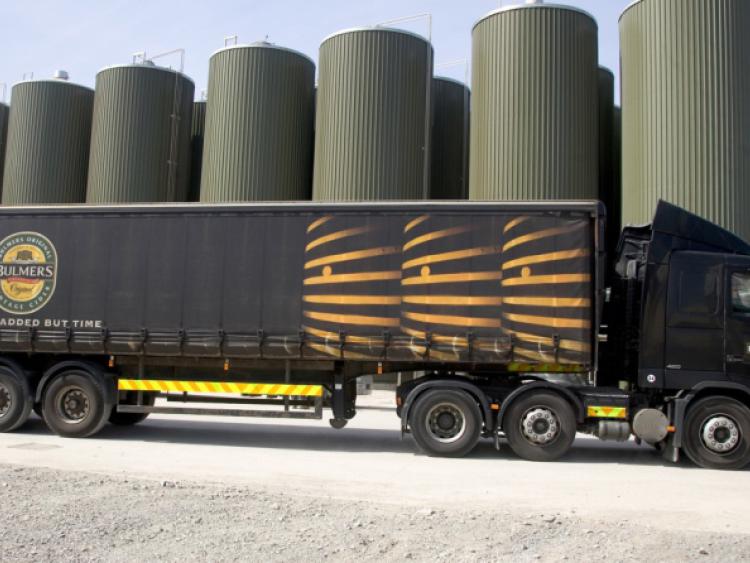 Fifteen jobs will be lost in Clonmel after C&C announced that the administration, accountancy and marketing functions of Bulmers will be moved to Belfast, according to North Tipperary TD Michael Lowry.

Fifteen jobs will be lost in Clonmel after C&C announced that the administration, accountancy and marketing functions of Bulmers will be moved to Belfast, according to North Tipperary TD Michael Lowry.

Deputy Lowry said that the move had been announced internally and a further 10 jobs in Borris-Ileigh and 25 in Dublin would also be lost, as he accused the company of being engaged in â€œa crude, cost-cutting exercise which has a huge human impactâ€.

â€œC&Câ€™s rationale for this move is that they claim it would make a cost saving of 20% to move these functions to Belfast. I find it staggering to be told that administration costs can be run 20% cheaper in a small office in Belfastâ€, Deputy Lowry stated in the Dail last week.

After M&J Gleeson in Borris-Ileigh were taken over by C&C last November, Deputy Lowry said it was subsequently announced that Bulmers Ireland was to be subsumed into M&J Gleeson - â€œand critically it was indicated that this would include proposals to introduce some All-Ireland structures. In recent months there have been a large number of redundancies in Bulmers Clonmelâ€.

He questioned the motivation for the move to Belfast, considering that C&C has huge corporate bases at Parkwest in Dublin, Cherry Orchard in Dublin and Borris-Ileigh. He claimed the company also stated that it would announce the results of its manufacturing review in April next year and that it was reviewing the requirements for its depots in southern Ireland.

â€œEmployees are understandably worried, anxious and fearful for their future. The company is hiding behind the review process and keeping most of its staff in the darkâ€, he stated.

â€œC&C needs to be upfront and honest with its loyal and dedicated workforce. It needs to have meaningful dialogue and share information.

It needs to understand that rather than just number crunching it is dealing with real people, people with jobs, people with careers.

Staff at Borris-Ileigh and Clonmel must be treated with the dignity and respect they deserveâ€, he added.