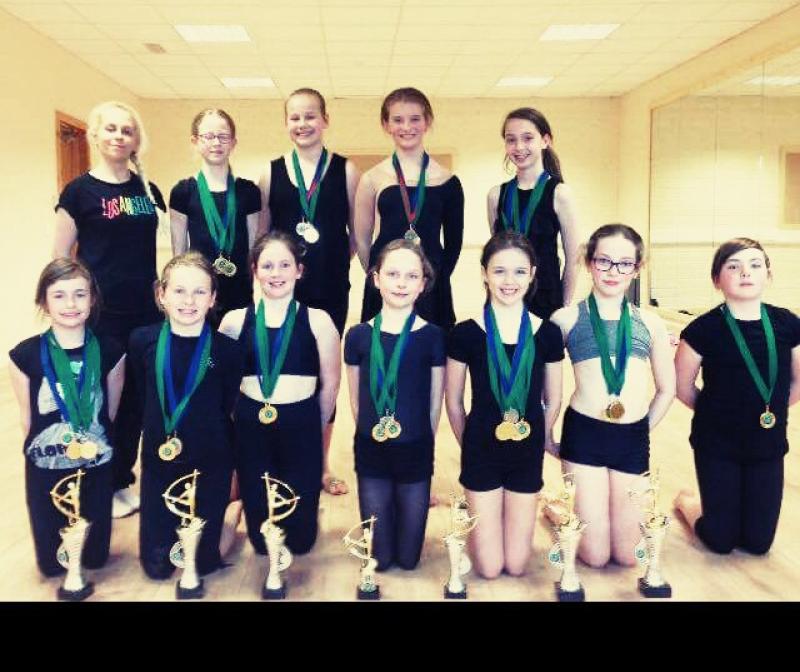 The Dancer's Academy of Performing Arts at the Twilight Dance Convention and Competition in the Clayton Hotel Galway.

A Clonmel group danced their way home from Galway recently with 40 gold and silver medals along with eight trophies.

The Dancer's Academy of Performing Arts were standout performers at the Twilight Dance Convention and Competition at the Clayton Hotel.

The young girls, led by their passionate dance teacher Katy Wallace, competed against over 500 dancers from across Ireland, England and Scotland.

The group also took part in workshops with Dance Moms judge and choreographer Robbie Mulrey, along with several other American dancers.

"It's a great achievement as the girls have only been dancing lyrical with three to five months," Katy tells The Nationalist.

"We are so delighted for the kids as they are such a lovely group and very deserving of the win," she adds.