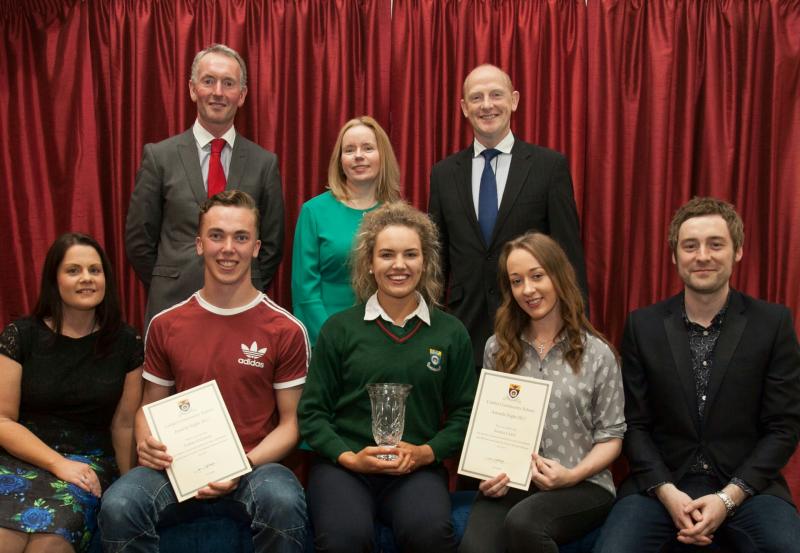 This is one of the highlights of the academic calendar and is looked forward to by students, staff and parents/guardians alike at Cashel Community School.

Guest speaker for the evening was past pupil Denis Vahey, class of 2005, who addressed those present. Denis obtained a B.A. in History and Politics at the University of Limerick having graduated from Cashel Community School.  Following this he travelled much of the world, and lived several years in the Middle East. He is now a commercial, portrait and advertising photographer based in Cashel but working nationally.

Denis spoke of the many opportunities he received in Cashel Community School and of some of his fondest memories of school life. He paid particular tribute to the care and support he received during his years, and his abiding memory of his graduation mass “to never settle for mediocrity and to always follow your passions”. He congratulated the award winners and wished the students the very best in their upcoming exams.

Seven students obtained Creative Writing Awards in the areas of poetry, short stories and essays. 14 awards were given out in the sporting areas including camogie, hurling, gaelic football, soccer and rugby. This category also included the inaugural Friends of Cashel Community School GAA Awards presented to two students. 11 students excelled in the area of culture and were presented with awards for art, music, choir and the musical. Two students were presented with awards for Leaving Certificate project work in the areas of agricultural science and technology and craftsmanship.

Five Special Awards were presented for achievements in business and enterprise, contribution towards cycle against suicide, exceptional commitment and dedication to music, community spirit and voluntary work.

This year also saw the presentation of two Meaney Scholarships to two past students of Cashel Community School who are studying in a NUI college. The ‘Meaney Scholarship’ is funded from a bequest to the school from the late Patrick Meaney Esq. He was a local businessman and farmer who bequeathed the proceeds from the sale of his book collection to the school. The school are profoundly grateful for this extraordinary philanthropic gesture and are deeply appreciative of the opportunity it will afford students to pursue their studies at third level.

The most prestigious award of the night was Student of the Year. By their outstanding display of academic achievements, personal qualities and support for school values, past winners have added to the integrity of this award. In making their selection, teachers were asked to take the following into consideration: academic record, achievements, leadership and initiative qualities, good interpersonal skills, school involvement, moral courage, any positive quality and someone who has credibility with both the staff and student body.

After three rounds of voting Orla O’Dwyer was named as Student of the Year 2017. Orla is the daughter of Brian and Mary O’Dwyer of Rosegreen and is a very worthy winner of this accolade. Orla is taking seven higher-level subjects for her Leaving Certificate.  She is no stranger to the awards system having received class awards (2013 & 2017), Junior Football (2014), Full Attendance (2012), Special Award for dedication to sport (2016), Senior Football (2016) and the inaugural friends of Cashel Community School GAA Award (2017). Orla received a Certificate of Distinction in Transition Year and completed a number of courses such as First Aid Course, Law Course and GAA Coaching Course during that year. She has been involved in the school junior and senior camogie and football teams, captained the football teams in Transition Year and 6th year, played on the basketball teams (1st-5th year), and competed in various Munster and county finals with camogie and football at both junior and senior levels for Cashel Community School. 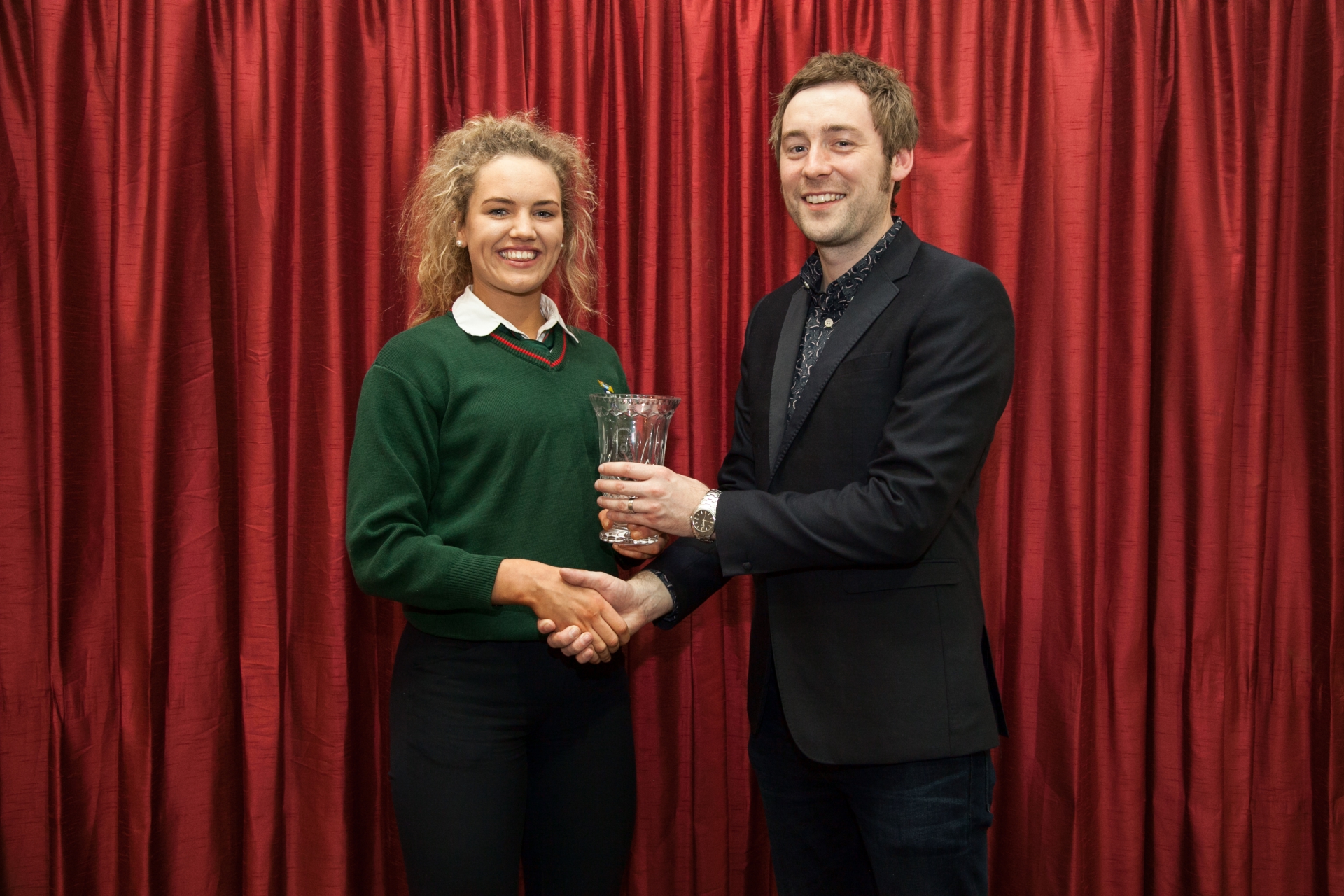 Orla O'Dwyer receiving her Student of the Year prize from Denis Vahey.

Orla is a 6th year Link student and helps out in local community and sports coaching in her local club. She is a volunteer with Console. She plays camogie and ladies football with her club and county teams and was nominated for Senior Camogie All-Star in 2016. She has won various All-Ireland medals and is currently playing on the senior county camogie and football teams. Orla describes herself as “very motivated and ambitious and a great team-player”.

Music was provided by the school choir under the direction of Mr. John Murray and accompanist Ms. Helen Colbert who delighted the audiences to three varied pieces of music. Ms. Emily Kirwan (Student Awards co-ordinator) was assisted on the night by senior Student Council members Rachel O’Carroll and Stephen Browne.

“A big thank you to all who helped out in any way in the making the ceremony such a success,” the school said.

“We acknowledge all the students who did not win awards this year but nonetheless make a very valuable contribution to life in Cashel Community School.

“We encourage your ongoing participation in school life and look forward to being able to reward your achievements in the future.

"We also wish all our award winners the very best in the future and especially our 3rd and 6th year students who will be facing into state examinations in the coming weeks,"the school added.