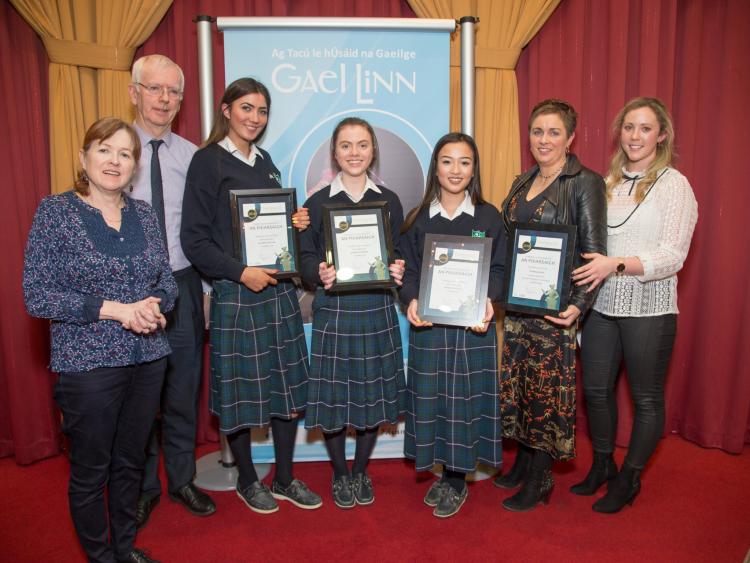 Talented talkers from Ursuline Secondary School, Thurles, won the junior trophy at the All-Ireland final of Comórtas an Phiarsaigh 2018 in Dublin on Wednesday (March 21st).

The annual debating competition was organised by Gael Linn for second level schools nationwide and there was a high level of entry again this year with over 150 teams taking part since the competition commenced last October.

The event started with the junior final, with plenty of debate on the timely topic ‘Bheadh náire ar Naomh Pádraig faoin tslí ina ndéantar 17 Márta a cheiliúradh!’ (St. Patrick would be ashamed at the way the 17th March is celebrated!). Teams from Sandford Park School, Ranelagh, Dublin, and Scoil Mhuire, Trim, Co. Meath, spoke in favour of the motion, while teams from Ursuline Secondary School, Thurles, along with St. Gerald’s College, Castlebar, Co. Mayo, opposed it. 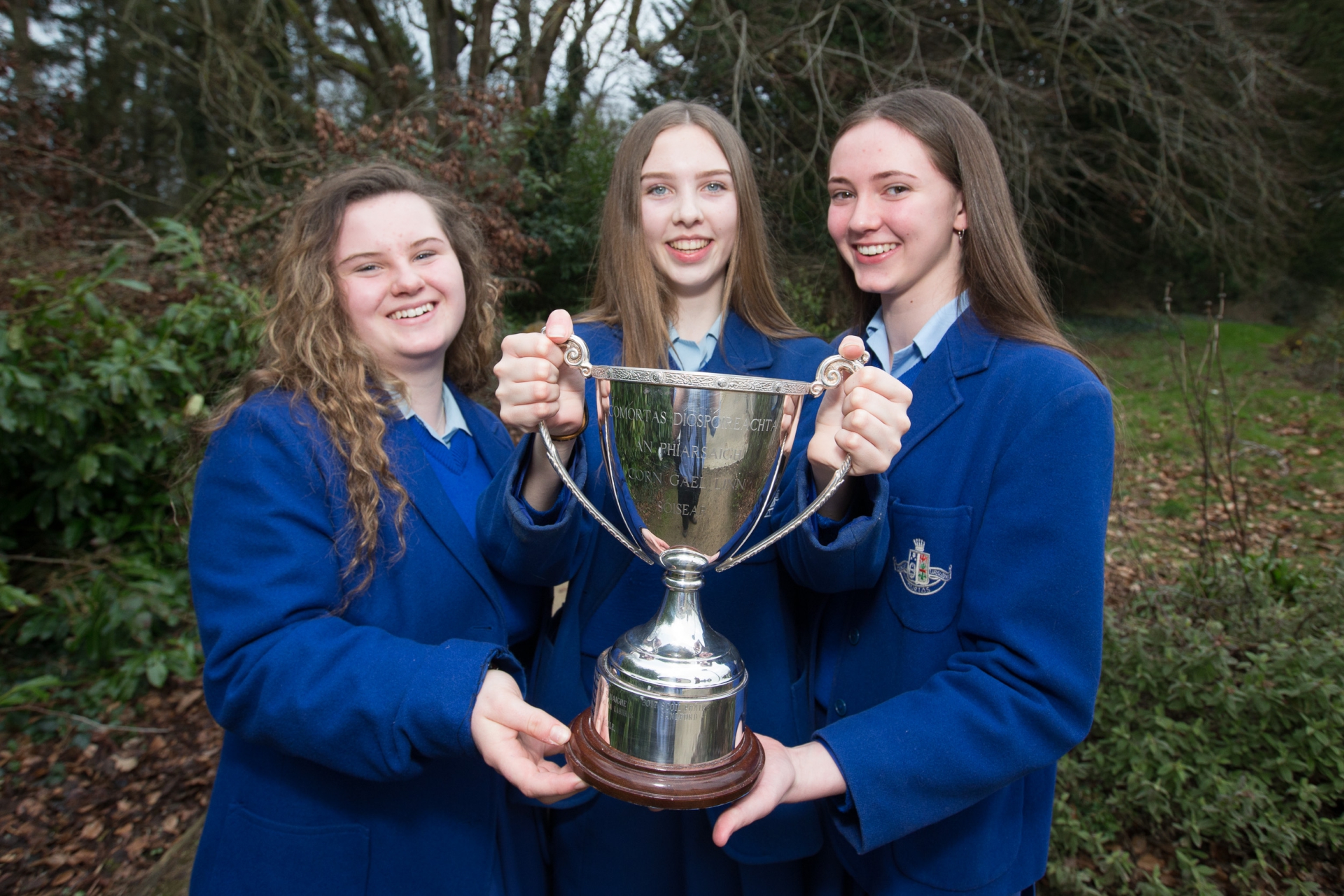 The large audience in attendance were won over by the persuasive arguments of the Thurles team - consisting of Zoe Ní Bhracáin, Rachel Ní Mhaidin and Jennifer Ní Mhurchú - who jumped for joy when they were declared the winners. Regular participants in the competition over the years, this was the first time a team from the County Tipperary school has gone all the way to the top. Teachers Áine de Barra  and Beartla Ó Dochartaigh, who helped and guided the team on their journey through the preliminary rounds all the way to their final victory, were justifiably delighted with their students great achievement.

Later on in the day,  St. Anne’s Secondary School, Tipperary Town, contested the senior debate with teams once more from Sandford Park School and St. Gerald’s College, along with De La Salle College, Dundalk.  The motion up for discussion was ‘Tá mórchúiseanna gearáin ag mná na tíre seo (26 contae)!’ (The women of this country – 26 counties – have good reason to complain!). The standard was excellent, with plenty of point-scoring and rebuttal throughout.  The adjudicators - Máirín Uí Mhuirí, Antóin Delap, Áine Ní Ghlinn, Féilim Mac Donnchadha and Colm Ó Néill - took some time before choosing the winners of the highest award for Irish debating. In the end, the St. Anne’s girls were pipped at the post by the Castlebar team, but as the saying goes ‘Beidh lá eile ag an bPaorach’.

Guest chairperson for the event, author Anna Heusaff, recalled her own debating days and praised the skills displayed by the young orators. She expressed great interest in the views and opinions of all the participants on the topics deliberated on.

The winning teams in both the junior and senior sections of the competition were presented with a perpetual trophy and a cheque for €1,000, and all the other participating teams received consolation prizes of €250 each. Each speaker who took part in the debating final also received a part Gaeltacht scholarship to a Gael Linn Summer College of their choice.

Gael Linn CEO Antoine Ó Coileáin thanked the teachers who inspire their students to take part in the competition year on year. “The Gael Linn debates are very popular with schools because they give students the opportunity to research topics and to present their case in public. The competition cultivates a growing network of young Irish speakers. We are delighted that, in Gael Linn’s 65th anniversary year, Comórtas an Phiarsaigh is going from strength to strength.  This year is also Bliain na Gaeilge and the debate participants show that we can look forward to the future with hope and confidence,” she added.

Past participants in Gael Linn debating competitions down through the years include a host of high profile journalists and broadcasters such as Claire Byrne, Marian Finucane, Mary Kennedy, Evanne Ní Chuilinn and Harry McGee. Many have credited the Gael Linn debates with fostering their love of Irish and giving them confidence in public speaking.