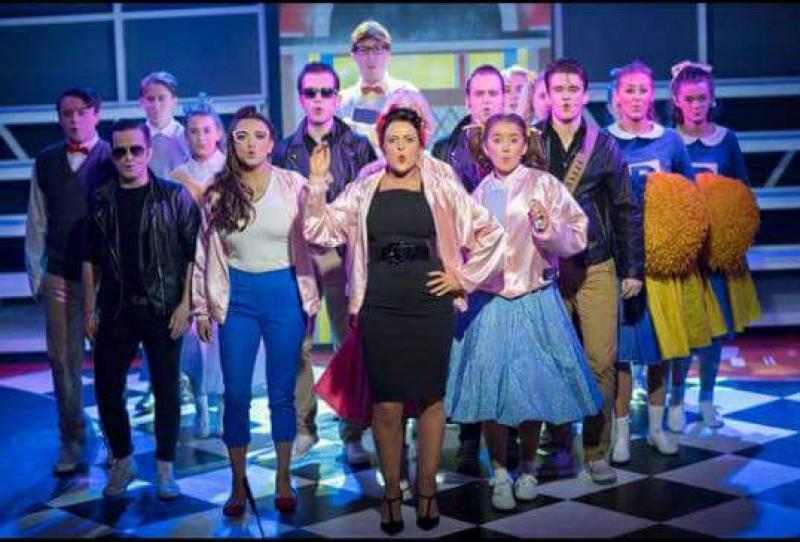 “Everyone is talking about Grease and they only have positive things to say. It’s the best show I have ever been involved in,” an elated Emmet Donlan told The Nationalist following St. Mary’s Choral Society’s 123rd production in Clonmel.

Sold out eight nights in a row at the White Memorial Theatre, the ‘Grease Lightning’ musical was a ‘Rock 'n roll Party Queen’, with the energy on stage plunging audiences into a state of euphoria.

The chemistry between cast members was electrifying, the essential prop to reliving the Rydell High School of 1959. “There were great vibes within the cast - a very energetic and lively group. A lot of old friends who done shows with each other in the past were involved with Grease and played the T-Birds and the Pink Ladies. There was great camaraderie from the very start and friendships have only grown. We really enjoyed performing to full-houses and the positive feedback pushed us more and more. It was simply immense,” Clonmel’s Emmet, who played Danny Zuko, continued.

Emmet (28) praised the production team for transforming a school show into a comical musical masterclass. “Grease is Grease and everybody loved it. It was so much fun, there was so much energy involved in it and when we came off the stage in the end there was literally buckets of sweat gathered around us.

“The director Des Henn, choreographer Barbara Meany and musical director Laura Cotter made it the most enjoyable production I have ever been involved in. You think of Grease and you think ‘ah, everyone knows the songs’, but there is so much more to it. They pushed us to perform the songs consistently, and the level of commitment the cast put in every night was out of this world.

“To do a show like Grease doesn’t happen often. Apart from a school show it was never done in Clonmel before and for us to experience that level of coolness makes me wish I grew up back then,” Emmet, who joined St. Mary’s Choral Society in 2001, admitted.

Michelle Smith’s character Rizzo was almost like a Creme Egg. “There are many variations of Rizzo so I had to come up with my own take and the type of character that I felt she was. She has been portrayed a lot of times as a harsh person, but while she is sarcastic and tough on the outside she is soft on the inside. There are a lot of traits in Rizzo that are in people in general and psyching up the character in my mind helped me get the best out of her,” she explained.

Michelle said the community’s response to Grease has been “incredible”, crediting the friendship within St. Mary’s Choral Society for the mind-blowing production. “One comment that resonated with us in particular was ‘it’s about time ye done a show that suits everyone’. Grease appeals to a wider audience and that’s what we were aiming for this year - to do something that everybody would recognise and enjoy. It was light-hearted, uplifting and it was great to see people leaving singing and in good humour.

“The cast gelled really well together. A lot of us are friends and have worked together on stage. We had our own little Pink Ladies WhatsApp group chat, and we met up to rehearse and go over dances. Everyone in the group was very supportive of each other,” Michelle beamed.

St. Mary’s Choral Society PRO Jason Ryan, who played class nerd Eugene, also praised the cast and production team for creating magic moments on stage. “In recent years we done a lot of darker shows that might not have been a lot of people's cup of tea, but this year everyone left singing the songs. We wanted kids to come to the show so the director put in some jokes that only adults would get and he put in one or two risky parts that kids would get but find a bit cheeky and funny. There was never anything over the top and they went down a treat.

“It was great to see younger members shining on the big stage because they are the future of the society,” the Tipperary town native added.

Chairperson of St. Mary's Choral Society Diarmuid Vaughan, who played Kenickie, expressed his sincere gratitude to everyone who was involved in getting Grease on stage. “It was very high energy and a lot of hard work but it paid off in the end,” he concluded.