REVEALED: The Final 4 in Tipperary's All Time Greats have been chosen 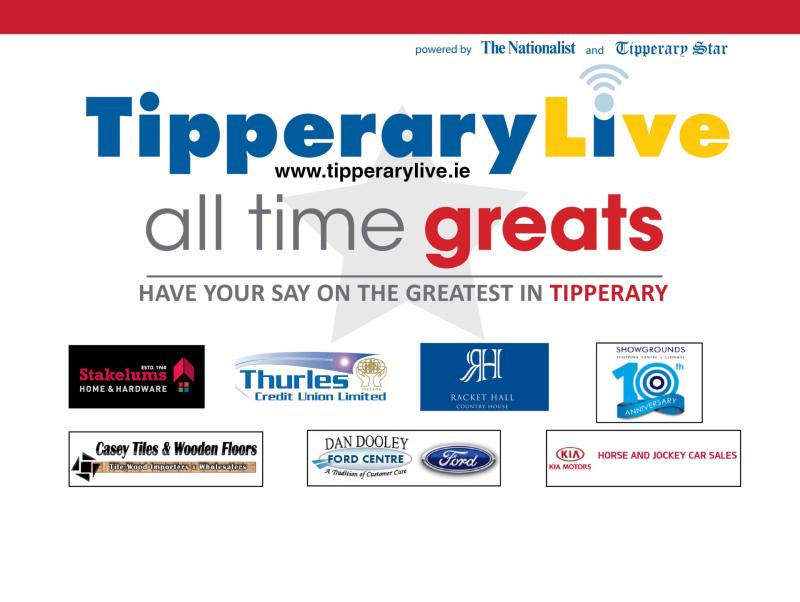 The Final 4 in Tipperary's All Time Greats have been chosen

Our quest to find Tipperary's All Time Great is turning in to a ding dong battle with the semi-finalists now chosen - and what a line up it is turning out to be.

Two historical figures, who played crucial roles in Tipperary history, are among the final four and they are pitted against two more modern day heroes, both of whom excelled in sporting and musical spheres.

In the quarter finals executed 1916 leader, Thomas McDonagh, who hailed from Cloughjordan, staved off the challenge of comedy duo The 2 Johnnies while Mullinahone's famous son, scribe Charles J. Kickham out performed one of the founders of the most iconic organisation in the country, the GAA, Maurice Davin of Carrick-on-Suir.

Famed tenor Frank Patterson was locked in battle with another Clonmel native, Adi Roche of Chernobyl Childrens International but in this hotly contest battle the singing sensation emerged victorious.

Yet another famed Tipperary son, Jimmy Doyle, regarded as one of the best hurlers of all time, was pitted against Carrick-on-Suir's Clancy Brothers, known throughout the world for their musical talents but it was the Thurles Sarsfields man who emerged victorious.

It is certainly turning out to be an epic battle with heavy hitters from Tipperary's past now taking on heroes from a more modern day.

The contest to select Tipperary's All-Time Great has gathered huge momentum over the past few weeks, with people Tipperary taking their candidates to their hearts and voting in huge numbers.

Now that the final four have been chosen, it is time to get behind your Tipperary All-Time Great and ensure that you get your candidate through to the final two. So get voting and choose who you think should be the all time great in Tipperary in our hugely popular online poll.