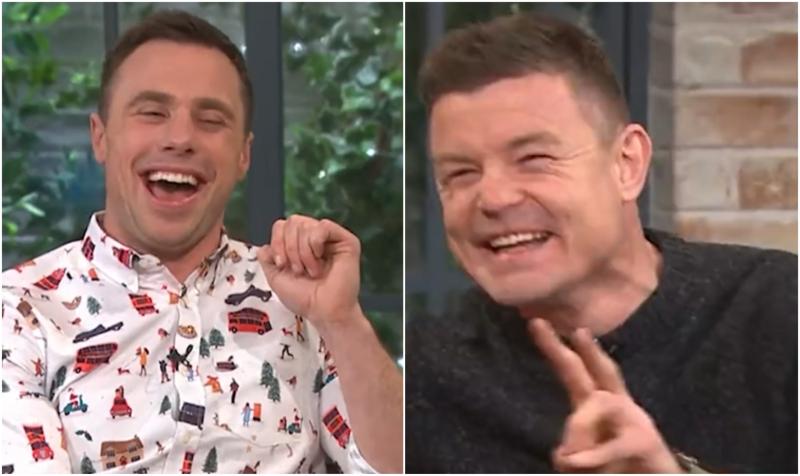 Former Ireland rugby teammates Brian O'Driscoll and Tommy Bowe shared a laugh on Wednesday morning's Ireland AM as former Leinster and Ireland captain O'Driscoll poked fun at his friend for an on-air blunder.

During their chat, Brian revealed he was spending Christmas at his parents' house along with his "TEN SIBLINGS," a jibe at Tommy's on-air mishap from earlier this year.

He was referring to an unfortunate incident from last summer when Clare McKenna was introducing a guest on Ireland AM and referred to his ten siblings, before fellow presenter Tommy humorously repeated, 'ten siblings,' before Clare could finish her introduction of author Seamus O'Reilly whose mother died at a young age. You can watch the original clip below.

The moment went viral on social media with people cringing at Tommy's misstep and Brian O'Driscoll made sure to bring it up on the show. He even gave Tommy a novelty card featuring Tommy's clumsy catchphrase.

Brian admitted he only has two siblings and went on to talk about his Christmas plans. Tommy said: "I was wondering how long it would take for that to come up."

Brian also spoke about his support of Temple Street and urged viewers to support the hospital by texting BACKTO to 50300 to donate €4.